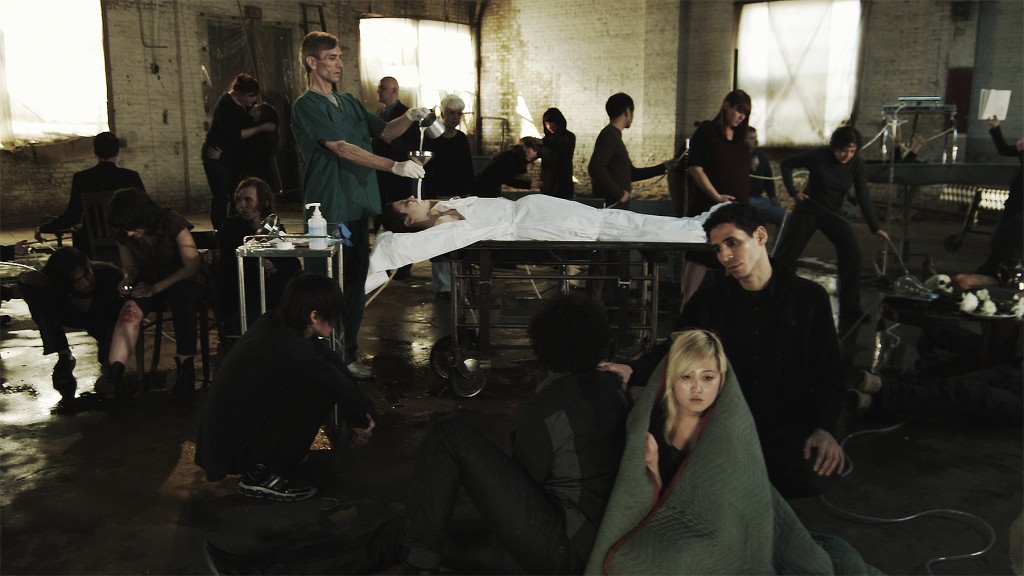 Meredith Zielke and Yoni Goldstein, from “The Jettisoned”

We all have our visions of medical hell that grow out of traumatic childhood memories that we would rather forget, but that haunt us throughout our lives. Meredith Zielke and Yoni Godstein have unsparingly confronted their painful pasts, merging them in a set of color photographic scenarios taken in a dark and dank derelict Chicago soap factory, that they have combined in a slow-motion video loop, which should not be seen by the faint hearted or overly sensitive. Reminiscent of a latter-day Hieronymus Bosch deploying real people, Zielke and Goldstein populate their tableaux with dense arrays of subjects administering, suffering and observing various disconnected procedures featuring tubes and seeping fluids in decidedly less-than-antiseptic settings. The artists propose to offer the “possibility of abject recognition,” and their work definitely delivers on that promise. They perform the service of alerting us to the underside of life if we are strong enough to tolerate their harsh visual medicine, which is never palliative. 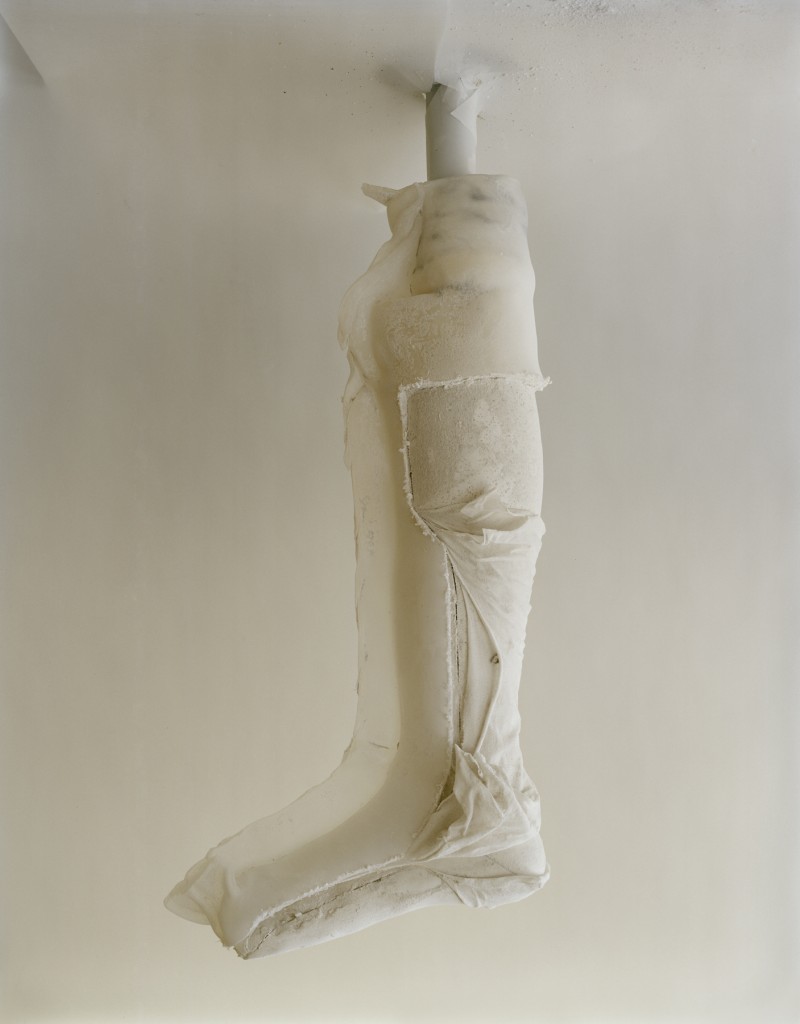 One of the most eerie and disturbing thoughts is that one will lose a limb and then suffer from the maximally frustrating and uncomfortable experience of feeling that it is still there. “Phantom limb pain” is surely a terrible curse, and photo-artist Ellen Garvens and sculptor Joanne Tilley confront it by centering their exhibit on a mirror box, which helps victims cope with their agony by providing them with moments in which their lost part is simulated by a reflection of the one they still have—a hand, for example. From that starting point, Tilley gives us zombie-like featureless white-cloth dolls whose arms or legs have been amputated or to which prostheses have been attached; and Garvens serves up color photos of decidedly unappealing prostheses and black-and-white and sepia-toned shots of body parts embedded in constructions of medical instruments—for example, two images of hands entangled in bent forceps and rusty pliers. After taking in the art, it is worth indulging in a visual sorbet by having another turn at the mirror box, where you will see one of your hands become two. (Michael Weinstein)

Through May 26 at the International Museum of Surgical Science, 1524 North Lake Shore