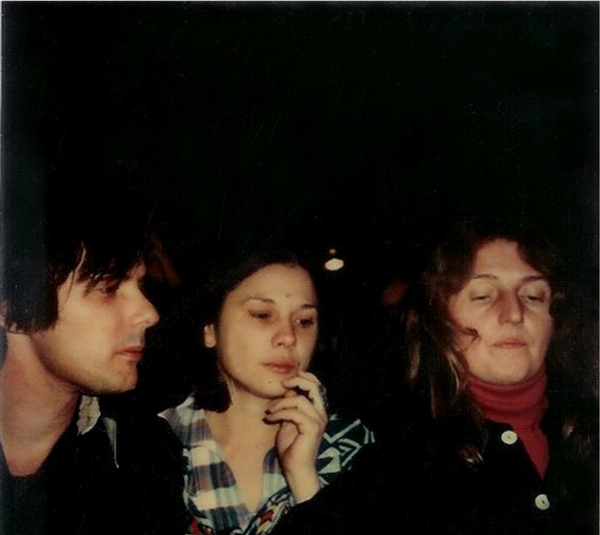 Jessamyn Fiore never met Gordon Matta-Clark, but he has always been part of her life. “I grew up in a loft that my mother and Gordon had converted from a factory building,” in downtown New York City, says Fiore. “We had his art around. His family was like my family. His friends were like my friends.” Matta-Clark died in 1978, and two years later Fiore was born to his widow, Jane Crawford. “Once Gordon passed away, my mother devoted her life to his work and his legacy,” says Fiore.

Although Matta-Clark was just thirty-five when cancer ended his life and his prolific art career, the art world wasn’t ready to sweep him into the dustbin of art history. And we still haven’t—no doubt due, in part, to the hard work of caring for his estate, a tremendous task that Crawford and Fiore now share, as of last year.

As co-director of the estate, Fiore, thirty-two, has not simply inherited the wealth of an important artist; Fiore has what she calls a “creative relationship” with Matta-Clark’s legacy, as if he were her art-father, his ideals about art and community fostering her own belief system.

Fiore’s story is fascinating because it reveals how an artist’s reputation is sustained, in our modern curriculum and imagination. It is not simply that a powerful dealer releases major artworks into the market at strategic moments; the legacy of an artist like Matta-Clark stays alive because an advocate like Fiore works to connect the core values of his artwork with those that are relevant to today’s artists. Fiore identifies a spirit of collaborative artistic empowerment in the work of Matta-Clark and his peers that resonates with today’s artist-centric art world.

“What is the role that friendships play within an artistic community, and within an artist’s practice?” asks Fiore. She has expanded her inquiry beyond Matta-Clark to look at 112 Greene Street, a live-and-work art center in a converted factory building, known by its street address, that incubated New York City’s political, post-minimal, feminist, performance and experimental art in the seventies.

“They weren’t worried about some reviewer coming in and seeing their work,” says Fiore of the artists at 112 Greene Street. “Who they wanted to hear from were their friends. They were tough on each other in a good way. They pushed each other, and the result of that was a new sort of post-minimalist, socially involved movement in art that began with them at this place and this time and has since changed the trajectory of the art world.” 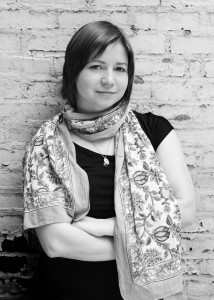 In the past year, Fiore has curated two exhibitions and authored a book about this community of SoHo artists. Now, she has opened a third exhibition, titled “The 112 Greene Street Years,” in Chicago, and focuses on Matta-Clark’s career in light of the artists Suzanne Harris and Tina Girouard. “They were his best friends, and there’s a lot of crossover in their ideas and practices and yet these two women have been largely overlooked,” says Fiore. (Chicagoans are familiar with Matta-Clark, as he performed one of his famous building cuttings on the MCA in 1978, and the museum exhibited retrospectives of his career in 1985 and in 2008. Harris and Girouard, however, are relatively unknown here.)

“Without commercial gain, they were making art, they were living together, they were supporting one another, and at the same time creating these great works in a very organic and positive way,” says Fiore. “It didn’t last a long time, but it was an inspiring time. A lot of artists I speak to love this period because it points to a potentiality about what us working together can do, which is a nice antidote to a lot of the cynicism nowadays.”

Although Fiore grew up attending Matta-Clark’s exhibitions around the world with her mother, she says she didn’t develop a strong personal relationship with his work until she ran her own independent art space. Called Thisisnotashop, the venue in Dublin, Ireland, was her curatorial training ground, and she worked there for three years until the gallery closed for financial reasons. Fiore moved back to New York City, and “I began to look again at Gordon but kind of through new eyes,” she says. “I saw something incredibly vibrant and relevant to today.”

“Curating allows me to explore this time period and Gordon’s work in my own way,” says Fiore, which includes her expanded look at the feminist, film and dance activities at 112 Greene Street but also her independent curatorial practice, beyond the estate. She recently curated an exhibition of work by Clive Murphy at Kling and Bang, in Reykjavík. “I have to keep working with living artists and with contemporary artist-run spaces,” says Fiore. “That’s what my relationship is to this older work. That’s what keeps it fresh to me.”

“I don’t want to be an historian,” says Fiore. “I want to be present, and curate in the present, even with these works from the past.” She says that if you like these ideas, “watch this space,” as more exhibitions about Matta-Clark’s influence on contemporary art are coming down the pipeline.

I stayed with Gordon in 1973 when he was on Wooster, this after returning his work from a sculpture exhibition in Chicago at 111 E Wacker in which I had a piece. Meeting some of these artists was a revelation, as Chicago was quite provincial at the time. Gordon was color air brushing, large black and white photos of graffiti, making it difficult to sleep. He was apolegetic.

Some of those airbrushed works are in the current show. They’re great. Thanks for the anecdote.