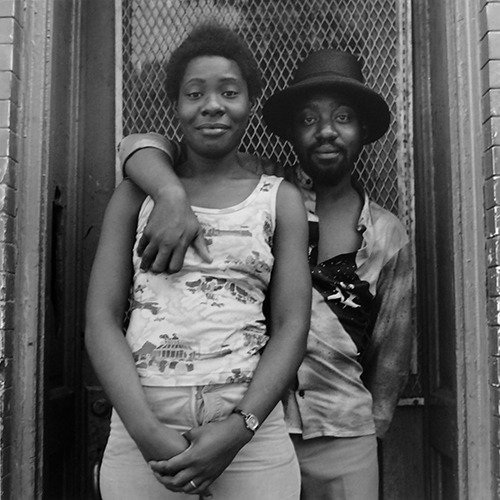 David Gremp’s black-and-white, full-frontal street portraits of Chicagoans in the late 1970s, formal shots of storefronts from that time, and sometimes—in the best work in the show—both at once, take us back to days when the city had settled into itself after the madness of the 1960s. Gremp’s photos either evoke a wince from someone who was there or open up a lost world for someone who is too young to have known it. Black or white, old or young, Gremp’s subjects exude the city’s gritty normalcy, defiant with a shrug. Gremp captures the attitude and it is still with us and maybe it will never go away, but it was unadulterated in the seventies when revolution had expired and right-wing reaction was just about to hijack sanity for the other side.  Fashions may change but the soul lingers on: outside “Mr. James Grocery,” a thirty-something couple comes into a distant embrace—it is just another Chicago day at a moment before Reaganism and globalization would dump us into the mess we are in. (Michael Weinstein)