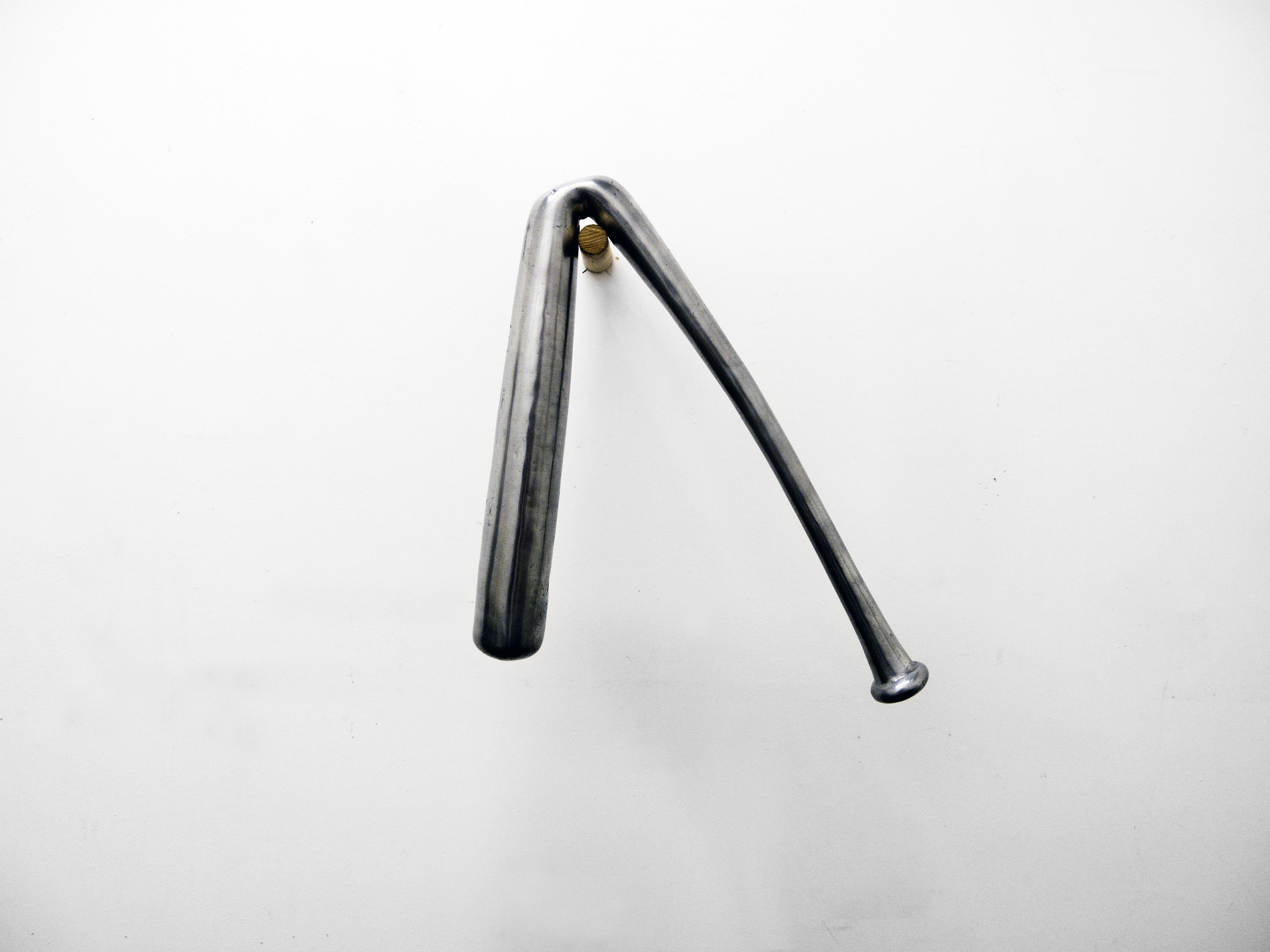 Queer-studies icon Eve Kosofsky Sedgwick named as “the homosocial” the cycle of self-consumption and regeneration within masculinity. A variety of manly tensions are borne out by the juxtapositions in the group show “Weird Dude Energy,” now at Heaven. There’s Jesse Butcher’s provisional nailed-together stands for found objects, one bearing a leather jacket and the framed (Black Flag song title) “My War” and the other an image of a guy in a skull mask next to labeled moral-hygiene film reels, playing off against Mike Rea’s impeccable all-wood construction of a tall boom mic stand inside a partial jail cell and hanging over a wall incised with William Blake’s scene of God creating with a golden compass. There’s the Picassoid swagger of Ethan Gill’s large painterly canvas (“No You Don’t Ethan, Ethan No You Don’t!”) versus Auggie Oz’s delicate floral still-life (“Abstract Painting”). In video, the hypnotic Big Brother/big brother grimacings and donut enticements of Casey McGonagle offset the femme-y Milli Vanilli-focused fabrication montage by Benji Pearson and the failed ladder-balancing performance by Sebura and Gartelmann.