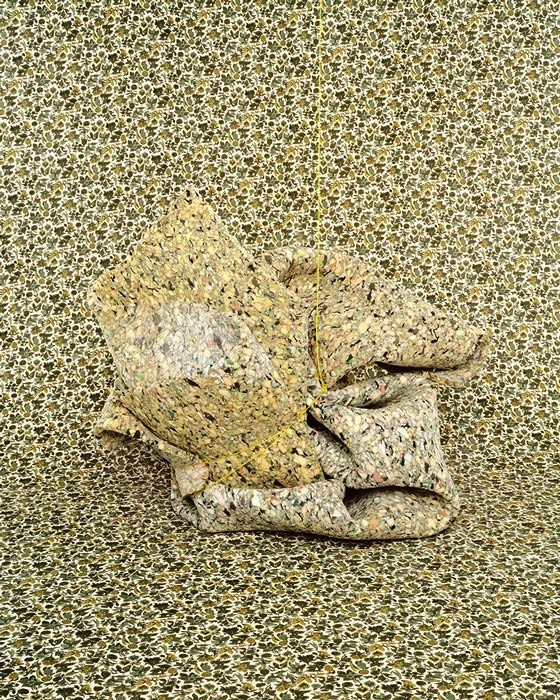 Subversion of photographic conventions and the expectations that they engender in a viewer is the name of the game for the four photo-artists in this summer group show—Ben Alper, Daniel Hojnacki, Diane Meyer and Laura Hart Newlon. Alper appropriates anonymous black-and-white snapshots of ordinary people, puts them through the computer, and comes up with images of freaks, like a grinning little boy with a grotesque oblong-shaped head; so much for sentimentality. Hojnacki prints on paper on which he has placed tape and spackle so that his images are broken up and partially decomposed, as in his stunning color scene of a truck plowing through a chaotic storm of detritus. Diane Meyer reduces her embroidered photographs to images resembling wavering graph paper. Laura Hart Newlon, who achieves the most striking subversion, places everyday objects in dense backgrounds that tend to absorb them, but not enough to erase them, rendering the subjects illegible, as when we see a dappled silver-golden mass of folded material tied together by a string against an obtrusive floral wallpaper background. By bringing together these artists, curator Nicole White has given us a primer of contemporary photographic deconstruction. (Michael Weinstein)