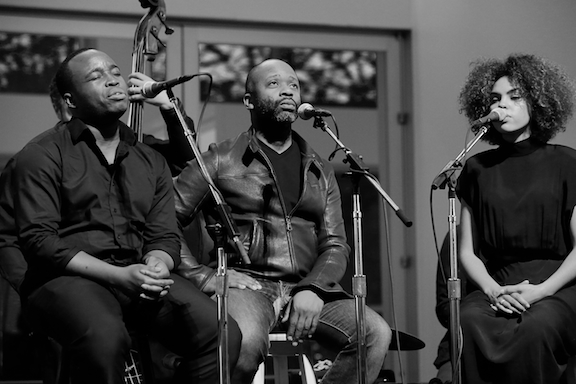 In a sweeping exodus from the Cotton Belt, black sharecroppers from Mississippi and Alabama boarded the Illinois Central Railroad to Chicago. From 1916-1970, six million African Americans fled the rural South in hopes of a better life in the industrial North. They journeyed across prairies, rivers and deserts to escape the terrors of Jim Crow.

“The Accumulative Affects of Migration 1–3,” composed and performed by Theaster Gates and the experimental music ensemble Black Monks of Mississippi on August 11, evoked the conflicted odyssey of black migrants from the cotton fields of the South. The blue notes of Muddy Waters lingered in the sunlit haze of the Museum of Contemporary Art. Minor chords ached with the enduring dream of Chicago Black Renaissance author Richard Wright. “I was taking a part of the South to transplant in alien soil, to see if it could grow differently, if it could drink of new and cool rains, bend in strange winds, respond to the warmth of other suns, and, perhaps, to bloom,” he wrote in “Black Boy,” in 1945.

Voices swelled and rolled over the audience seated in church pews salvaged and imported from the eighty-eight-year-old Bond Chapel at the University of Chicago. The hopes and hardships of generations of black Americans resounded through the museum sanctuary. High above the atrium a double cross glittered with neon lights. Composed of small wooden boxes, the cross holds relics of the French Huguenots, who fled persecution in the sixteenth and seventeenth centuries—shirts neatly ironed and stacked, white porcelain plates, an umbrella stand, a tarnished brass kettle. Drawing a parallel between the discrimination and displacement of the Protestant Huguenots and African Americans, Theaster Gates set the arias of Giacomo Meyerbeer’s opera Les Huguenots in a minor pentatonic scale. 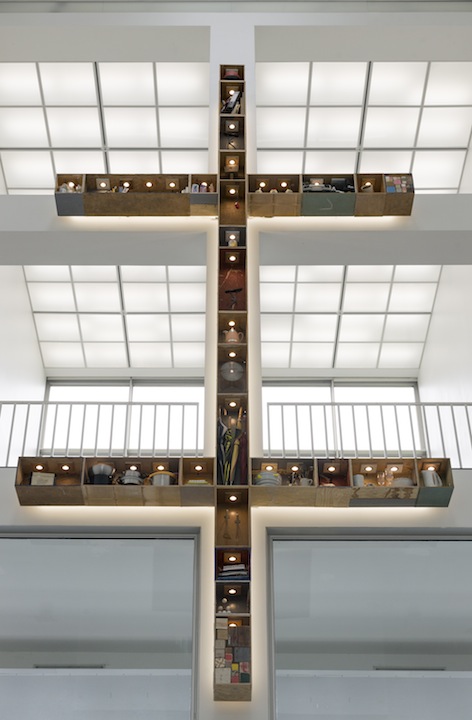 The next Theaster Gates performance, “Church in Five Acts,” is September 22 at 3:30pm, Museum of Contemporary Art, 220 East Chicago