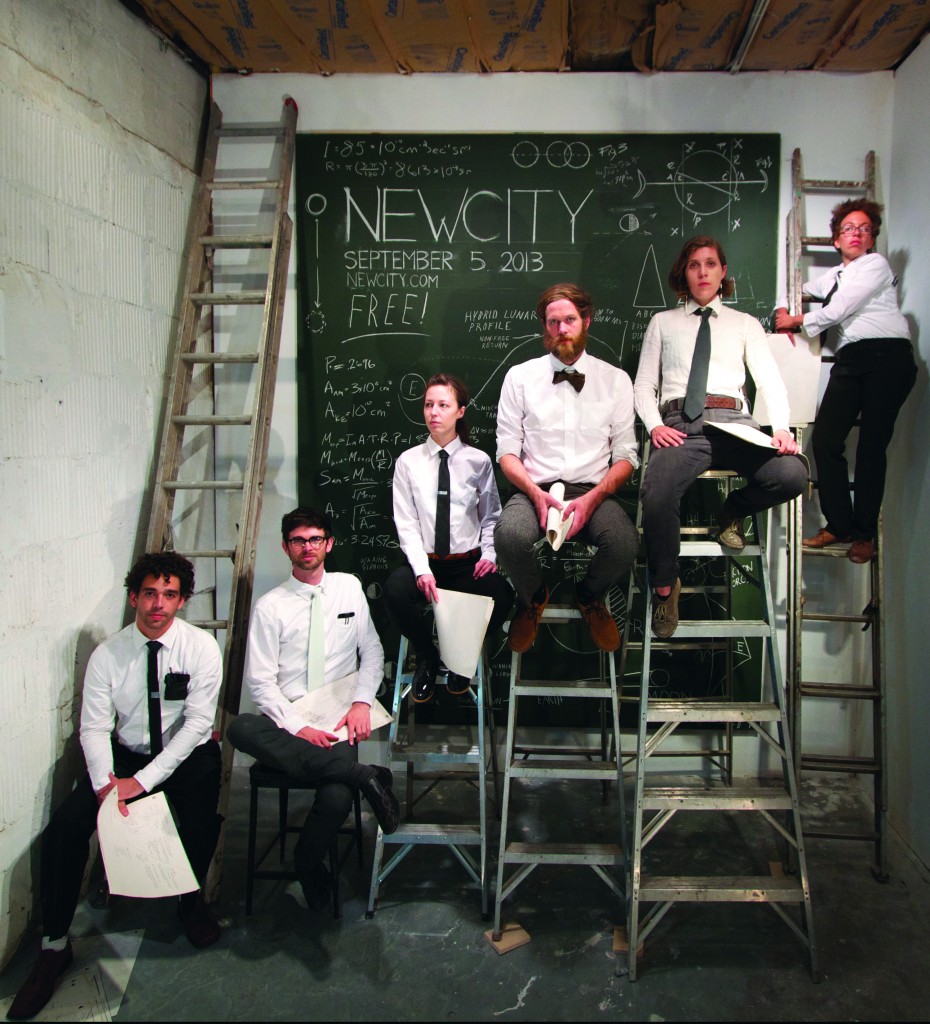 Invited by Newcity to “hijack the newspaper,” Chicago-based artists Sarah Belknap, Joseph Belknap and Marissa Lee Benedict have inserted into this special issue a selection of photographic re-enactments, highlighting the contemporary fascination with space and space travel, and the growing number of Chicago-based artists and curators who are participating in this resurgent dialogue. 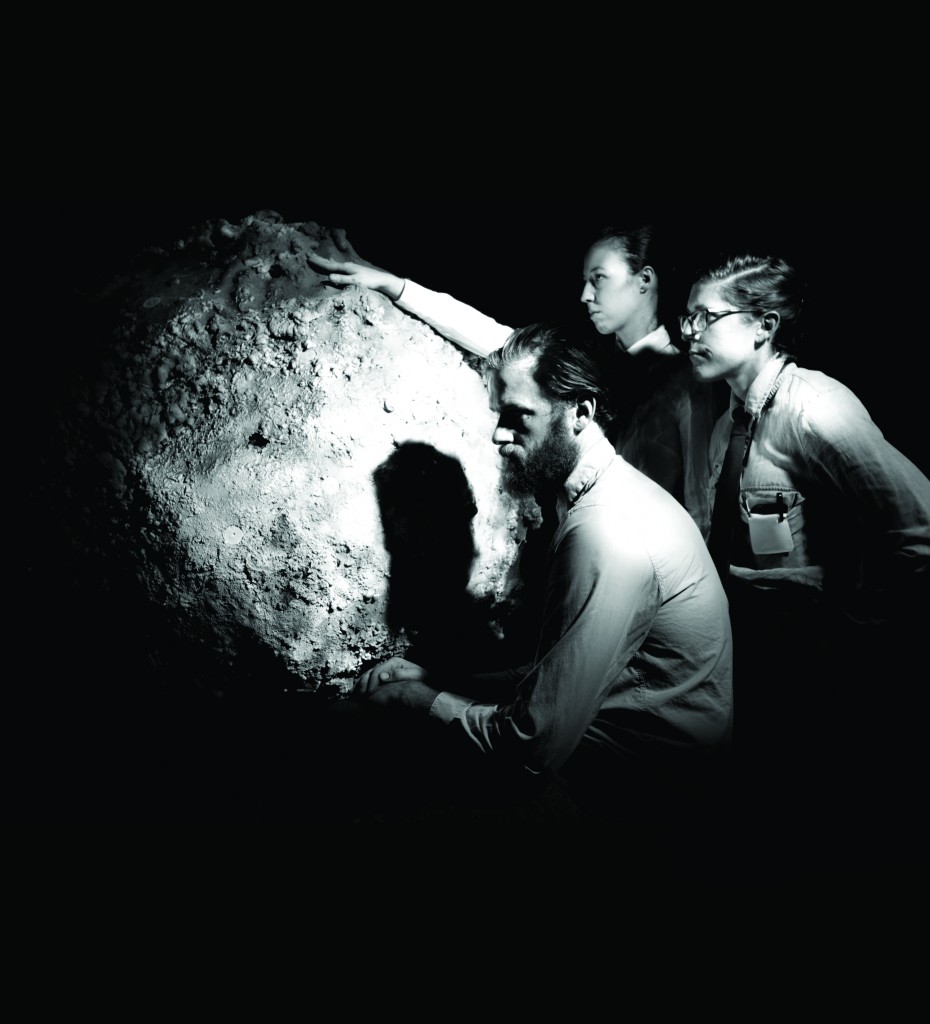 With the rise of the internet, there has been an undeniable decline in the public’s appreciation of printed matter—a decline mirrored by the waning public interest in NASA’s space program, which has consequently received significant budget cuts in recent years, making the shift to privatized and corporate space travel an encroaching reality. As a widely distributed alternative arts and culture publication, Newcity is the perfect frame in which to re-present these iconic images from the 1960s and seventies: images that reawaken the shared imagination, energy and excitement propositioned by NASA’s golden era while still embodying the DIY energy of the now. 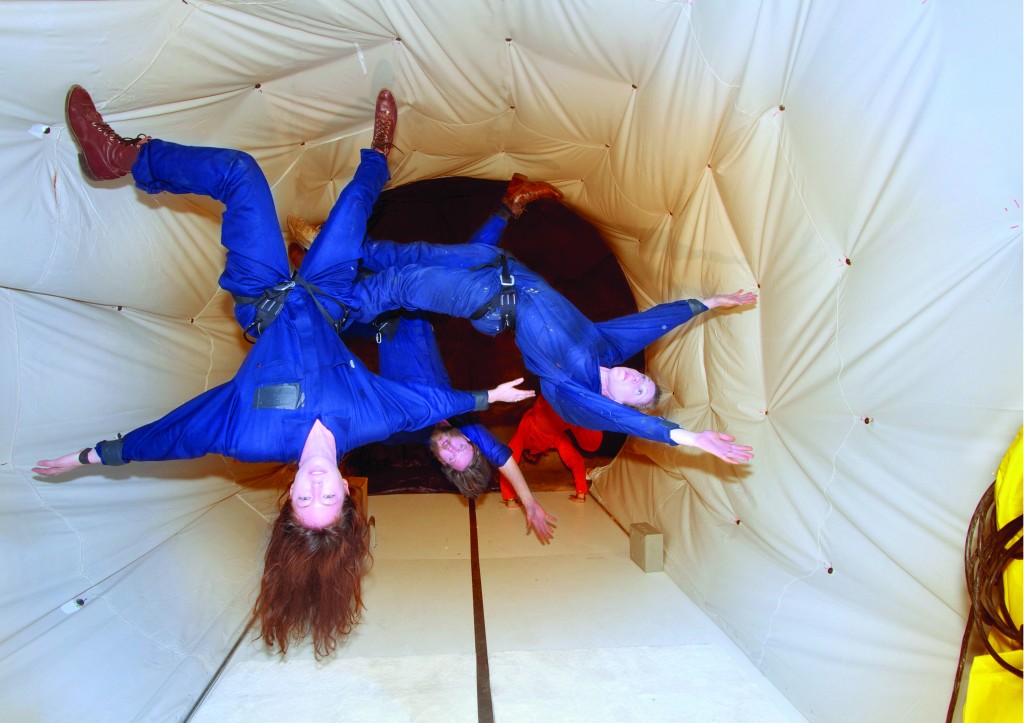 Astronauts who had been in training at the Johnson Space Center for almost a year are getting a sample of weightlessness. These flights are nicknamed the “vomit comet” because of the nausea that is often induced. Pictured (left to right): Sarah Belknap, Marissa Lee Benedict, Joseph Belknap, Jeff Austin. Photo credit: Jeff Austin. Special thanks to Claire Ashley

For the past six months the artists have been collaboratively creating their own archive of imagery, poetry, scientific findings and discoveries centered around the phenomena of outer space, and the wonder and curiosity it inspires. The original photos from this series of re-enactments, and other lunar research can be found at: simulatedlunarregolith.tumblr.com/