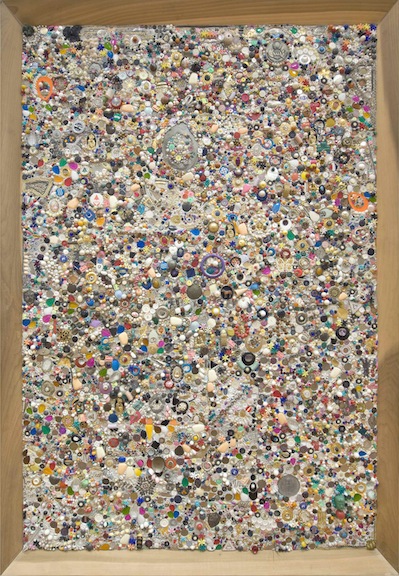 Take it as a good sign that you won’t be able to see and do everything that the Expo Chicago art fair has to offer this weekend on Navy Pier. But how to parse the great from the good? Here are some picks.

Where can you get free tickets?
Unfortunately, it’s pay-to-play. Free admission will be given only to students and faculty of SAIC and Columbia College, with ID. Otherwise expect to pay $20 for a day pass or $30 for a weekend pass.

Dialogues
One of the major bonuses of an art fair, for viewers and dealers alike, is the chance to have intimate conversations with curators and artists that one wouldn’t normally get to access. Expo’s Dialogues series is shaping up to be one of the best panel discussion programs I’ve seen scheduled at a Chicago fair.

Newly installed director of the Renaissance Society, Solveig Øvstebø, makes one of her first public appearances in Chicago on Saturday at 12:30pm. Interestingly, Øvstebø was born in Chicago but has spent most of her time in Norway. She appears with William Powhida, so expect some shit slinging.

Photographer LaToya Ruby Frazier just opened a solo show in Houston, and is part of a group show now up at the Museum of Contemporary Photography. Her shots of decaying Pittsburgh tug on the heartstrings. Hear what she has to say in conversation with MoCP curator Karen Irvine on Sunday at 11am.

Ross-Ho Returns
Amanda Ross-Ho graduated from SAIC in 1998 and now lives in LA. She returns to Chicago to curate a selection of SAIC student work. Ross-Ho fans shouldn’t miss her plaza sculpture at the MCA, plus she is currently showing a collaborative work with her father at The Bike Room, 1109 West North Shore.

Grabner’s Picks
Whitney Biennial co-curator Michelle Grabner opens a large group show at the Hyde Park Art Center on September 29 called “A Study in Midwest Appropriation.” Could it be a prevision of who she will select for the biennial? A preview of artworks from “A Study in Midwest Appropriation” will be on view at the Hyde Park Art Center’s booth.

I Want
Mike Kelley’s “Memory Ware Flat# 3” (2000) is a cacophonous but colorful relief sculpture of costume jewelry and pacifiers packed in with other bizarre claptrap. At the Skarstedt Gallery booth. 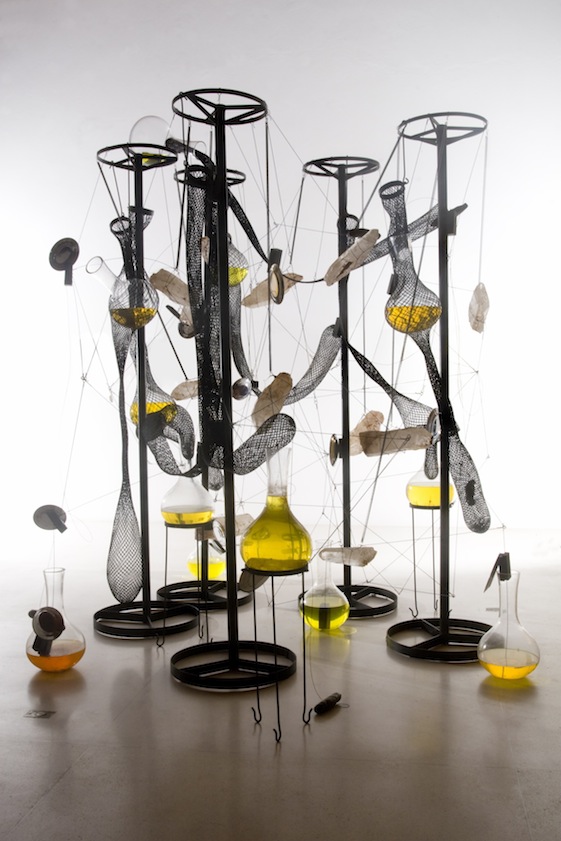 The fair behind the fair
While you’re browsing booths and watching some panel discussions, a whole other shadow fair, with private events and invite-only afterparties, will be going on. VIP guests will be attending arranged studio visits with Geoffrey Todd Smith, Deb Sokolow and Dan Gunn, attending cocktail parties at Wright Auction House and the James Hotel, and taking a shuttle tour of the South Side. Five site-specific new media artworks are on view at Chicago’s Riverwalk, 6pm-10pm nightly from September 18-22. Called “Level,” it is produced by the Laboratory for Experimentation and Research in Art, Technology, and Architecture. One highlight is a work by Daniel Sauter + Ketai in which viewers can use their smart phones to project any uncensored message on a building. The catch: you’ll have to use your phone like a virtual skipping stone across the water. Enter your message at http://ket.ai/skip, then pretend to toss the phone across the water. If it doesn’t sink, the message will appear on the building’s facade for all to see. At the Riverwalk between the Dearborn and Clark Street bridges.

Does the idea of a rug by Kara Walker that depicts a hanged woman excite or disgust you? Check out specially commissioned rugs and tapestries by Walker, Grayson Perry, Beatriz Mihazes, Fred Tomaselli and eleven other contemporary artists in “Demons, Yarns & Tales” at The Rug Company Showroom (320 North Clark). On view September 19 through October 19.