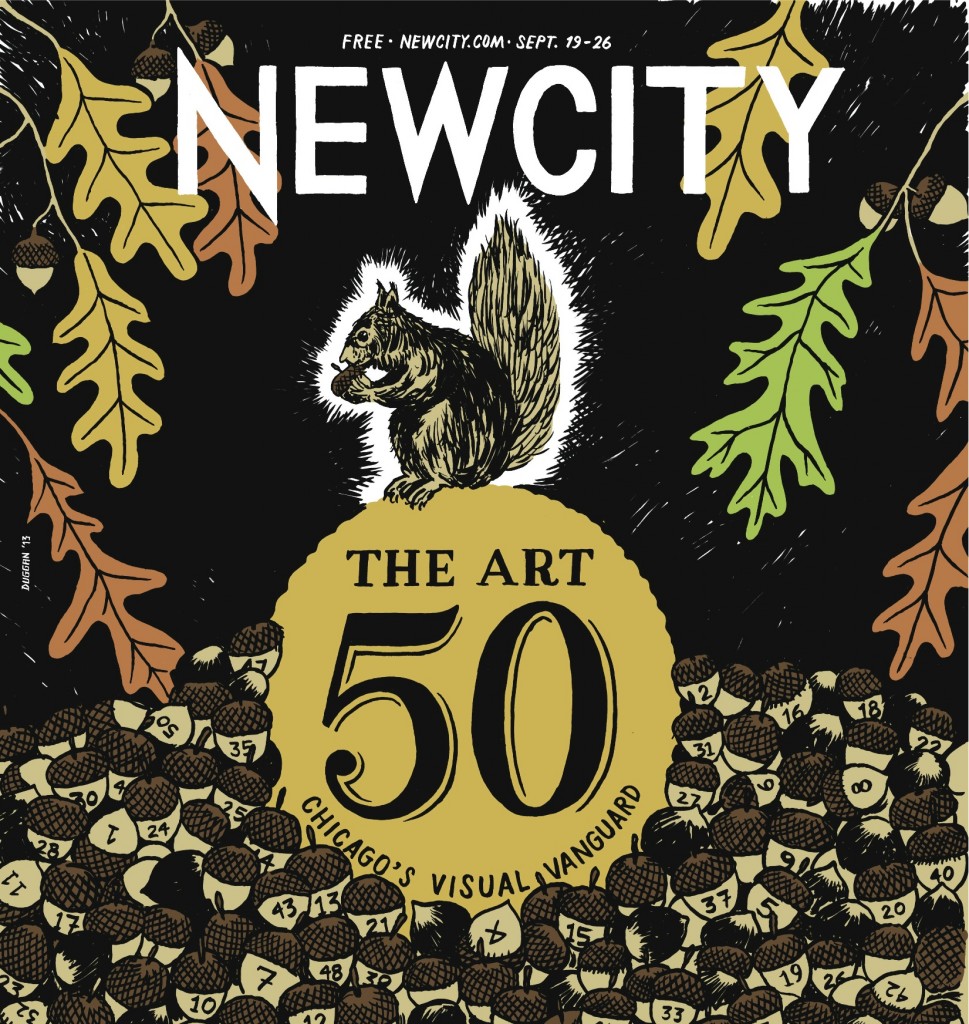 The health and diversity of Chicago’s art ecology relies not just on the number of influential artists (which we profiled in last year’s Art 50), but also on the behind-the-scenes operators, the movers and shakers, who help artists get their message out to large audiences. Chicago’s cultural infrastructure is strengthened by the smart, hardworking people who lead our museums, sell our art, broadcast our ideas, and make the city a better place to be an artist. 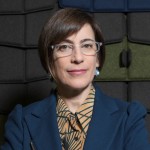 1 Madeleine Grynsztejn
Since becoming director of the Museum of Contemporary Art in 2008, Madeleine Grynsztejn has refreshed the curatorial staff, wooed several ten-million-dollar gifts to the museum, and reinvigorated the exhibition programming by organizing major touring retrospectives by artists such as Luc Tuymans, Olafur Eliasson, and Doris Salcedo (which opens in 2015). Grynsztejn is a rare breed in her role as a curating director, whose persona is genuinely cerebral, whimsical and warm. This year she also curated Alfredo Jaar in the Chile pavilion at the Venice Biennale. The MCA has never been so full of art as it is now. 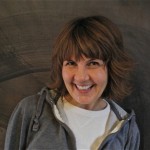 2 Michelle Grabner
In Chicago, one inevitably has face time with Michelle Grabner. Such saturation could be attributed to her many exhibitions as a painter, her mentorship role at SAIC, or her Oak Park exhibition space The Suburban, but a more likely cause is in her outlook. Grabner does not see the art world through a prism, fractured into scenes and settings; she places scare quotes around mention of a Chicago scene, and explained in an email that, “There is no ‘national arts scene.’ It is a term invented by the center to homogenize value structures. Saying someone ‘exhibits nationally and internationally’ is meaningless and lazy.” In this broad-spectrum perspective may be found the key to Grabner; her vision allows her to live for and advance Art—capital A, as a whole—rather than some small portion thereof, and people have taken notice. Grabner has been named a curator for the 2014 Whitney Biennial, and she will be showing a career-arc spanning exhibition at the Museum of Contemporary Art in Cleveland, titled “I Work from Home,” opening in November of this year. 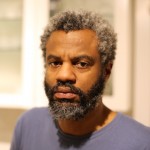 3 Hamza Walker
Hamza Walker wears his brain on his sleeve. The director of education and associate curator at The Renaissance Society takes audiences fast and deep into intellectual country. Since 1994, Walker has curated twenty-five shows at The Ren, including important solo shows of work by William J. O’Brien, John Neff and Anna Shteynshleyger, and the 2008 “Black Is, Black Ain’t.” His latest curatorial project is “Suicide Narcissus,” now open. 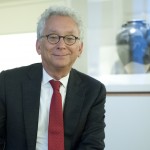 4 Douglas Druick
Formerly the gatekeeper of the Art Institute of Chicago’s prestigious Impressionist and Post-Impressionist collection for twenty-six years, and after overseeing the installation of the Modern Wing’s European painting and sculpture collection, Douglas Druick became the museum’s president and director in 2011. In just two years Druick has increased virtual access to the encyclopedic museum’s massive collection with major technology initiatives, including wireless access throughout the galleries, a GPS system and fifty self-guided tours for smart-phone users, and iPads installed within exhibitions to provide multimedia content. Druick maintains his dedication to scholarly research and care for the collection by activating a partnership with Northwestern University for the creation of a Center for Scientific Studies in the Arts. In the next three years, expect Druick to be at the helm of an overhaul of the presentation of the museum’s photography collection, which is a major area of growth for the Art Institute. 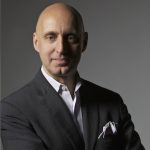 5 Tony Karman
Once upon a time, Chicago’s International Art Exposition on Navy Pier rivaled those in Basel and Cologne. A couple of economic recessions later, combined with the lure of Miami in December, Chicago fell off the calendar of the international collector circuit. Enter Tony Karman, who was hired to literally save the fair from dissolution in 2006. The fair was rebranded as Artropolis and relocated to the Merchandise Mart. (Karman actually got his start at the fair as a security guard, in 1983.) Now, Karman has revitalized the original brand (as Expo Chicago) and sited it back on Navy Pier. With 125 exhibiting galleries, a full program of events, and citywide participation, Expo, now in its second year, is poised to make an impact with Karman as its president and director. He may be the hardest-working fair director we know. Ask any dealer in New York, Houston or L.A.; Karman has been there, luring galleries and charming collectors back to Chicago. 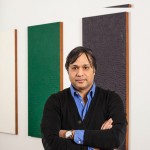 6 Kavi Gupta
This month, Kavi Gupta opens the largest commercial gallery space in Chicago, bringing his gallery tally to three (with one space in Berlin and two in Chicago). At eight thousand square feet, the venue rivals some of Chelsea’s best. The West Loop gallery is inaugurated with a massive installation by Roxy Paine, who is newly represented by the gallerist. Gupta made a coup with gallery artist Theaster Gates several years back, but his long-term support of artists such as Tony Tasset, Curtis Mann, Melanie Schiff and Clare Rojas makes him a champion of the local scene on an international scale. 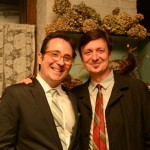 7 Jim Dempsey and John Corbett
John Corbett and Jim Dempsey thrive on collaboration. Their dedication to Chicago art history and their contemporary projects outside the city forge connections that result in exposing Chicago artists to the world and introducing people here to international currents in art and music. Cross-fertilization between their commitment to music—Jim Dempsey curated a long-running music film series at the Film Center, Corbett writes for DownBeat—fuels their engagement with the visual arts. Corbett worked with Terri Kapsalis and Anthony Elms on the influential and widely traveling Sun Ra project at the time Corbett vs Dempsey was taking shape. The gallery alternates between exhibitions by local longtime working artists like Philip Hanson, Margot Bergman, Christina Ramberg and international figures like Albert Oehlen and Peter Brötzmann. This fall Corbett will be organizing evenings of performance programs at the Guggenheim, showing work by Konrad Klapheck here and continuing to tend the gallery’s and Chicago art’s international presence in Berlin and London. In late 2015 they will co-curate the first ever Monster Roster retrospective exhibition at the Smart Museum. 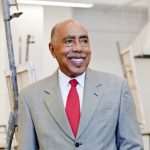 8 Walter Massey
When one of the country’s top-ranking art schools hired a trained physicist (he wrote his PhD dissertation on liquid helium) as its president, in 2010, the School of the Art Institute of Chicago affirmed its stance on the frontier of a new art world committed to interdisciplinary practices. Walter Massey also has strong ties with the business community; he is former chairman of Bank of America and presently sits on the board of directors at McDonald’s Corporation. New, unique partnerships with CB2 and the Urban Center for Computation and Data, and a new low-residency MFA program, assert Massey’s vision for a more pragmatic art world. 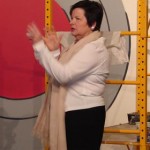 9 Mary Jane Jacob
Chicago is home to a wealth of public art, and one of contemporary art’s most beloved public art curators. Mary Jane Jacob doesn’t do plop art; rather, she helped to reinvent the how and the why of the genre twenty years ago with her “Culture in Action” outdoor art program. “Culture in Action” continues to be a point of reference for community-based art, and will be the focus of a book published by Afterall in 2014, and a conference at Threewalls this October. Jacob has worked at the Spoleto Festival, in Los Angeles, Atlanta, and returned to Chicago as professor and executive director of exhibitions and exhibitions studies at the School of the Art Institute of Chicago. In 2012 Jacob was awarded a Warhol Foundation Curatorial Research Fellowship to produce a history of Chicago’s socially engaged art. 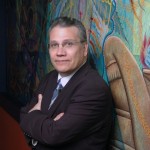 10 Carlos Tortolero
Chicago’s population is nearly a quarter Hispanic, with the National Museum of Mexican Art, in Pilsen, a centerpiece of community pride. Carlos Tortolero opened the museum dedicated to Latino culture in 1982, secured a building in the park district, raised capital and operating funds, acquired nearly eight thousand permanent-collection art objects, and continues to serve as its president and CEO. The museum also actively facilitates the creation and conservation of community murals.