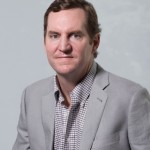 11 Michael Darling
The Museum of Contemporary Art’s chief curator, Michael Darling, has made some key changes to the museum’s infrastructure since he came on board in 2010. Notably, his hiring of curators Naomi Beckwith and Dieter Roelstraete has revitalized the museum’s presence, both in the local community and on the international art stage. Darling brought in the museum’s first-ever design-specific exhibition, a survey of works by Ronan and Erwan Bouroullec, and this year he seized an opportunity to host “David Bowie Is,” from the V&A in London. To date, Darling’s strength as a curator rests in his ability to craft accessible and crowd-pleasing contemporary art exhibitions, such as last year’s “Skyscraper: Art and Architecture Against Gravity.” 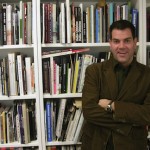 12 James Rondeau
James Rondeau is a curatorial machine, organizing more artist retrospectives each year than seems humanly possible. Rondeau co-curated the acclaimed Steve McQueen and Roy Lichtenstein retrospectives, and the AIC will open a retrospective of Chicago-born artist Christopher Wool early next year, in addition to the Charles Ray retrospective, also curated by Rondeau. He also keeps the Modern Wing stocked with new acquisitions, such as prime works by Jasper Johns, Robert Rauschenberg, Sylvia Plimack Mangold and Kazuo Shiraga, which has helped to put Chicago on the global map as a center of contemporary art research and consumption. 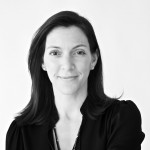 13 Carolina Jayaram
Trained as an attorney, Carolina Jayaram founded Miami’s LegalArt (now called Cannonball), and initiated their unique bartering system of artwork for legal services. Since relocating to Chicago in 2009, Jayaram became the executive director of the Chicago Artists Coalition and resuscitated the thirty-nine-year-old arts advocacy group by opening a home base in the West Loop, inaugurating artist and curatorial residencies, renting artist studios and overseeing an active exhibition program. It seems that Jayaram can’t and won’t stop growing the CAC. This year, the CAC is hosting the first satellite fair to Expo, called Edition. 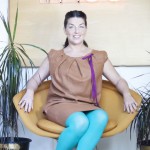 14  Monique Meloche
The protégé of Rhona Hoffman and Kavi Gupta opened her own name-brand gallery in 2001 and has come to represent some of Chicago’s brightest rising art stars. Monique Meloche was an early supporter of Rashid Johnson, who continues to show with her gallery, and she is notable for championing Chicago-based emerging and established artists, and for taking risks on social and political artwork, such as the recent Cheryl Pope exhibition. Meloche founded Gallery Weekend Chicago, an enhancement to the art fair, that gives greater visibility to the city and to artists, now in its third year. 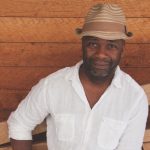 15 Theaster Gates
The best place to see the work of Theaster Gates isn’t in some gallery; rather, Gates’ most impactful work takes place in the formation of community cultural centers. While the art world has come to adore Gates, as director of the Arts and Public Life Initiative at the University of Chicago and director of the Arts Incubator in Washington Park, he is finding solid new ways for artists, musicians, youth and the public to collaborate. His latest coup is the South Side train station renovation at 95th Street, which will include an apprenticeship for local students.

16 Shannon Stratton
Doyenne of Chicago’s alternative art scene, Shannon Stratton has been making Chicago a better place for artists to live and work since she co-founded Threewalls in 2003, which includes exhibition and educational programming, a publications arm, a residency program, and the Community-Supported Art limited edition art object series. As an instructor and curator, Stratton is on the forefront of radical craft and experimental material studies. A course she recently taught at Ox-Bow, called Party As Form, gives an idea of her lively intelligence. 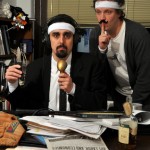 17 Bad at Sports
To Bad at Sports’ Caroline Picard, Chicago’s art community is “a big and lovely, porous mess,” an apt description of the artistic interview/review/conversation platform itself. Co-founded by Duncan MacKenzie and Richard Holland (as they were planning an exhibition for Michelle Grabner’s Suburban, no less; how’s that for a Chicago origin story?), Bad At Sports can now be seen as something of a lovely mess itself, an artist-run and staffed podcast and blog whose magnificent, wonderpus-like arms span from New York to San Francisco, wrapped around the pulse of contemporary art and culture. 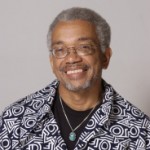 18 Patric McCoy
After several decades of collecting art by African Americans in Chicago, Patric McCoy decided to make his support of local artists a team effort. In 2003 he co-founded Diasporal Rhythms, a group of Chicago-based collectors who organize studio tours, hold panel discussions, and are together motivated to purchase artwork by artists of African descent. McCoy, a former environmental scientist at the EPA, personally has a collection of well over a thousand pieces. When you see him around at the galleries, ask him which artists he likes right now; he’ll have a list at the tip of his tongue. 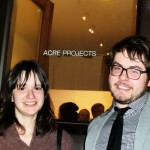 19 Nicholas Wylie and Emily Green
If artists are going to make something, they should make change. This has been the guiding philosophy of ACRE, an artists’ residency based in Steuben, Wisconsin, and Chicago. Few other efforts have had such a significant impact on the strengthening of Chicago’s artists’ community than ACRE (Artists’ Cooperative Residency and Exhibitions), which is now in its fourth year. It’s not the typical plein-air painting type of residency. Many Chicago and Midwest artists who attend the two-week retreat return intellectually nourished by ACRE’s focus on social and political art practices. ACRE’s founders and directors, Nicholas Wylie and Emily Green, are also artists, and the energy of their program is fueling the current conversation about contemporary Chicago art. Wylie is also the director of the new Mana Contemporary in Chicago, soon to be a stronghold of artistic pedagogy under his tutelage. 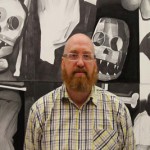 20 Nathan Mason
From scattered outdoor exhibits, pop-up art studios, abandoned storefronts to downtown galleries, Nathan Mason is in charge of it all. The city curator of public art works feverously in a small office of the Chicago Cultural Center lost amidst piles of books, binders, blueprints, proposals and contracts. This year, Mason turns his attention toward the planning of permanent and temporary public art for the Bloomingdale Trail. The 606, a trendy new name for the project that pays homage to the Chicago zip code, broke ground in early September. The plan for art along the elevated greenway is still in its nascent phase. Navigating the interests of community residents, developers, architects, designers, artists and politicians can make for a very slow process. “It is constantly back to the drawing board,” explains Mason. After a long day curating artwork across Chicago libraries, police stations and hotel lobbies, Mason returns to a mound of clay in his Ravenswood studio from which he fashions the most bizarre little creatures, or “squeezimals,” as he likes to call them.