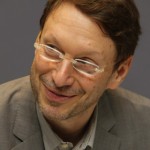 21 James Elkins
The author of twenty books and more than a hundred articles on the nature of art, its institutions and its appendages, SAIC professor and theorist James Elkins’ work has had a truly global effect on the way art’s educational structures and practices are considered. Characterized by openness and honesty, Elkins has embraced collaboration including experimental “live” writing models that invite public comment, criticism and suggestions to works in progress such as the forthcoming second edition of his groundbreaking survey-cum-analysis “Artists with PhDs” in which the author’s ambivalence toward the subject is tempered by compelling examples of where the studio PhD makes sense. Few thinkers have composed prose worthy of the label “required reading”; fewer still have had the honorific bestowed while living. 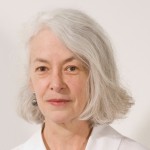 22 Lynne Warren
The leading authority on the art of Chicago, Lynne Warren is as iconic as the artists with whom she is frequently associated: H.C. Westermann, Jim Nutt, Leon Golub and Alexander Calder, to name just a few. Now in her fourth decade as curator at the MCA, Warren spearheaded 1996’s groundbreaking exhibition “Art in Chicago 1945–1995,” the gold standard when it comes to understanding the evolution of the city’s native art. In addition to 2010’s celebrated traveling exhibition “Alexander Calder and Contemporary Art: Form, Balance, Joy,” Warren’s seemingly inexhaustible energy and enthusiasm is behind recent projects like “MCA DNA: Chicago Conceptual Abstraction, 1986-1995”; “Modern Cartoonist: The Art of Daniel Clowes”; and Paul Sietsema. Growing up poor on a rural farm, Warren says that she never set foot in an art museum until her late-teens, and never dreamed that she would become a curator. Fortunately for Chicago, life unfolds in unpredictable ways. 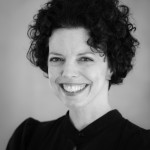 23 Stephanie Smith
Since joining the Smart Museum of Art at the University of Chicago over a decade ago as deputy director and chief curator, Stephanie Smith has organized a number of internationally acclaimed exhibitions including “Feast: Radical Hospitality in Contemporary Art,” in 2012, and “Heartland,” in 2010, that often historicize aspects of Chicago art. Smith is also working to curate the upcoming Athens Biennale, including work by Ika Knezevic, Geof Oppenheimer and Deb Sokolow. She’s editing one volume in Mary Jane Jacob’s book series on socially engaged art in Chicago, out late 2014; and look out for a site-specific wall painting by Judy Ledgerwood in the Smart’s lobby this December. 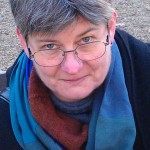 24 Barbara Koenen
If you’re an artist based in Chicago, chances are that Barbara Koenen has affected the way you live and work in some way or another. From her office inside the Cultural Center, Koenen has pioneered several successful programs to improve artist workspaces, advocate for local jobs, and innovate programs to connect artists with each other and with the community. The Chicago Artists Resource website is her brainchild, and she is coordinating the eighteenth year of Chicago Artists Month this October. Her reach through Chicago cultural policy, planning and zoning is deep, including the Cermak Creative Industry District. Local nonprofits and aldermen have picked up the best of her initiatives.

25 Antonia Contro
As a member of the Mayor’s Cultural Advisory Council and the driving force behind Marwen—an organization that provides free art classes to Chicago’s under-served youth—over the past twenty-plus years Antonia Contro has made a tangible, positive impact on the lives of thousands of individuals. Her dynamic leadership has guided the venerable River North establishment from its humble beginnings in a small studio into a nationally recognized center of learning and creativity that has grown to include college counseling and career services. A highly regarded artist in her own right, Contro’s creative practice is rooted in an examination of how we organize and acquire knowledge about the world around us. It’s fitting then that this remarkable Chicago native should be at the helm of an educational organization halfway into its third decade, and soon to publicly announce a bold, aspirational vision. 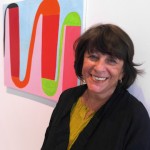 26 Rhona Hoffman
Chicago has been home base for Rhona Hoffman since she opened a gallery here with Donald Young in 1976. The power couple were responsible for bringing Minimalist and Post-Minimalist art to Chicago, and when the two split ways in 1983, Hoffman’s gallery became a cornerstone of the West Loop scene, where she remains today. She continues to exhibit work by Gordon Matta-Clark and Fred Sandback, as well as established Chicago-based artists such as Anne Wilson, Richard Rezac and Judy Ledgerwood. 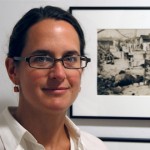 27 Natasha Egan
Executive director of the Museum of Contemporary Photography, Natasha Egan represents a truly global vision while respecting the special particularities of localities. An expert in contemporary Korean photography and video art, Egan curated one of the first surveys of such work in Chicago, in 1998, and moved on to learn all about European art before returning to Chicago as a curator. Major curatorial endeavors along the way, such as the FotoFest Biennial in 2010, paved the way for her ascent to the museum’s directorship. At the helm, Egan is leading a major redesign and expansion of the galleries with Vinci and Hamp Architects. 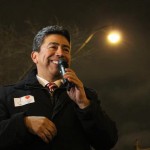 28 Danny Solis
When asked which of the colorful murals along 16th Street is his favorite, 25th Ward Alderman Danny Solis laughs. “If I answered your question, I would never hear the end of it! I have to admit though, I like the opossum.” The giant marsupial, with a gaping chunk bitten out and bloody innards spilling over the sidewalk, is confused with a rat by disgruntled residents. The large-scale mural by Belgian graffiti artist ROA is part of the alderman’s “Art in Public Places” initiative, which invites local and international artists to transform an abandoned industrial corridor from Western to Canal into a vibrant urban canvas. The alderman hopes both to preserve historic Pilsen murals and promote whimsical experimentation by a young generation of street artists. “We have found a creative solution to combat vandalism and discourage crime in neglected corners of our community,” explains the director of “Art in Public Places,” Lauren Pacheco. Alderman Solis encourages constructive creativity in his neighborhood. In less than two years since its inception, “Art in Public Places” has supported thirty-three murals funded in part by a $15,000 personal donation from Alderman Solis. The next step is to develop a comprehensive model that will allow other wards to follow suit. 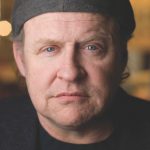 29 Tony Fitzpatrick
Tony Fitzpatrick is an international art star, actor, cultural critic, playwright, businessman, activist, gallery owner, loudmouth and sometimes bouncer at Three Aces. Walter Robinson, his former editor at Artnet, calls him a “one-of-a-kind, larger-than-life working-man artist poet, a true bohemian with his own unique way of living and loving the world.” Tony’s prose propels water-cooler conversations, leaving his fans wondering “what will he write next?” He is the only artist we know who can get Lou Reed and Glenn Lowry in the same room just by wearing a muscle T-shirt. When Tony growls and rips King Rahm a new one, people line up to get a copy of this paper. And even if you think it is a conflict to include him on our list, well, you are wrong. Tony has earned it. He is an elder statesman, the art world’s Royko or Roger Ebert. Tony is the voice of reason and the epitome of what a self-made Chicago artist really is. 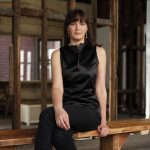 30 Tricia Van Eck
During her thirteen years at the Museum of Contemporary Art, Tricia Van Eck delighted in curating intimate exhibitions from the artist book collection and performance pieces sprinkled throughout the museum. Now, as an independent curator based on the North Side, Van Eck runs 6018NORTH, a new experimental art space in the historic Eberhardt Mansion. A red carpet invites Edgewater residents up the grand staircase to a microphone on the porch. “I leave it on,” explains Van Eck. “The children of the neighborhood love to come and sing.” This summer she hosted “One Long Table” and everyone was invited. The street was alive with music, magic tricks, flying water balloons and face painting. Residents from Iraq, Serbia, Bosnia and Togo each brought a dish to share with the community. Artists, curators, writers and critics also gathered to ask big questions about the future of art in Chicago. For Chicago Artists Month this October, Van Eck is producing EdgeUP, a multimedia event rooted in the neighborhood, and an honest expression of community art.