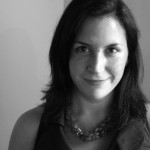 31 Allison Peters Quinn
The Hyde Park Art Center has a long history of giving important exhibitions to Chicago’s emerging and established artists. Since 2004, director of exhibitions Allison Peters Quinn has carried that banner. She says a highlight of her tenure there has been “getting to work with strong, brilliant established women artists like Mary Lou Zelazny, Bibiana Suarez and Candida Alvarez on major solo shows,” as well as the curation of the Pedagogical Factory that inaugurated Jim Duignan’s Stockyard Institute, an important cornerstone of Chicago’s social practice art scene. 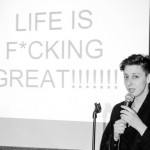 32 Claire Molek
The impulse of many young artists and curators is to tear down the old guard and launch an avant-garde, do-it-yourself style. Such revolutions are often fraught by a lack of infrastructural support, and too often fade away as quickly as they pop up. Claire Molek has a different idea about how to refresh the local art scene. This year she launched Brave New Art World, a nomadic promotional entity as an add-on to the tired model of wine-and-cheese opening receptions. Molek targeted the River North area, which is the most concentrated gallery district in Chicago, but which doesn’t have the best reputation as the place to see cutting-edge art. Brave New Art World taps local food and drink sponsors, guerrilla performance artists and musicians to activate the streets and to bring attention to the district. But Molek is also working in and through the gallery system by making connections among gallerists and young curators to spruce up programming, such as the current “Technoromanticism” new media show at Jean Albano Gallery. And when Rhona Hoffman Gallery tapped Molek to make a scene in the West Loop, Molek was confirmed as a badass of multiple platforms. 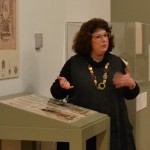 33 Lisa Graziose Corrin
In 1992, Lisa Graziose Corrin ushered in the art form of institutional critique by curating Fred Wilson’s “Mining the Museum” in Baltimore. Now, as director of the Block Museum of Art at Northwestern University, Corrin is transforming the thirty-year-old institution with her artist-centered initiatives. For example, an upcoming Wangechi Mutu mural will be the museum’s first contemporary art commission in a decade, and the hire of Susannah Bielak, formerly of the Walker Art Center, as a curator of public practice, will ensure that the museum becomes more connected and relevant to the local art community. This fall, all eyes are on the Block as Corrin prepares to hire a chief curator and a contemporary art curator. 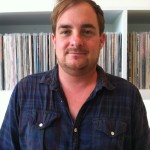 34 Andrew Rafacz
The trajectory from underground art advocate to professional gallerist usually involves a name change. Such was the case when Andrew Rafacz rebranded his Bucket Rider Gallery, which opened in 2003, as Andrew Rafacz Gallery. Since then, Rafacz hasn’t lost his street cred as a risk taker. This plays out as Rafacz trusts his artists to show unconventional work for a commercial gallery setting, such as Jason Lazarus’ interactive ziggurat. Now, as the creative director of Chicago’s newest art fair, Edition, Rafacz is poised to draw greater attention to Chicago’s reinvigorated art market. 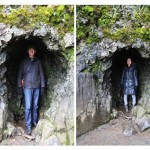 35  Jenny Kendler and Brian Kirkbride
An artist without a website is nearly invisible. Realizing this, husband-and-wife Jenny Kendler and Brian Kirkbride created Other Peoples Pixels, an easy-to-use, affordable and well-designed portfolio website. It became an astounding success, with thousands of emerging and established artists all over the U.S. (including Theaster Gates, Michael Rakowitz and Angel Otero) adopting the site to display their images. But Kirkbride and Kendler (who is an artist herself) aren’t just tech-start-up opportunists; OPP returns money to a medley of causes through grants and donations, including individual artist grants, social and environmental justice foundations, and a program to help protect internet privacy. 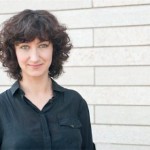 36 Monika Szewczyk
Monika Szewczyk left Rotterdam to join the staff at the University of Chicago as visual arts curator at the new Logan Center for the Arts just over a year ago, and is determined to ask big questions about the university’s historically problematic relationship with the South Side. Szewczyk collaborates with Theaster Gates’ Arts Incubator in Washington Park and helps to select the residents of the Arts+Public Life Program; she recently co-curated, with Allison Glenn, “The Distance Between,” an exhibition of work by those resident artists. We’re excited about next year’s “The 5th Dimension,” a massive rotating exhibition inspired by Lorado Taft’s sculpture “The Fountain of Time,” located at a historic crossroads between the campus and the neighborhood. 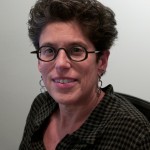 37 Catherine Edelman
President of the Chicago Art Dealers Association, Catherine Edelman has been a stalwart of Chicago’s gallery and photography community for more than twenty-five years. In addition to maintaining a gallery in the River North district, through thick and thin economic times, Edelman has initiated a number of educational programs for the public and collectors alike, including Ctrl +P, for emerging photographers who have gained an online following, The Chicago Project, a database of emerging local shooters, and Artist Talk, a series of videos, among others. Edelman’s business acumen is matched by her passion for the photo genre. 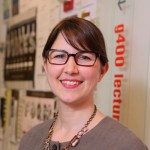 38 Lorelei Stewart
Lorelei Stewart, director of Gallery 400 at the University of Illinois at Chicago, launched “At the Edge: Innovative Art in Chicago” soon after she arrived from the Center for Curatorial Studies at Bard college in 2002. Since then she has skillfully negotiated the terrain among the demands of the art and design school, its students and Chicago artists while keeping her eye on national and international horizons. Stewart has created a crucial space for aesthetic conversation at Gallery 400. Dedicated to pushing and rethinking the format of exhibitions, the gallery will show design work by Irena Knezevic from Belgrade and launch a socially engaged and ambitious series of programs and exhibitions called “Standard of Living.” 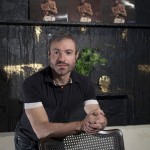 39 Dan Berger
Art collectors tend to be private, even reclusive, but that doesn’t describe Dan Berger at all. He welcomes the public to his home several times a year to view exhibitions at Iceberg Projects, a carriage house on his property that he converted to a pristine exhibition venue in the Rogers Park neighborhood. The exhibitions are decided between Berger and a board of artists, including knockout shows by Abigail DeVille, Gregg Bordowitz and Zoe Strauss. Berger doesn’t show his own collection at the gallery, but his support of Chicago-based, self-taught, gay and African American artists makes him one of the city’s most celebrated art collectors. Now on view at Iceberg Projects (7714 North Sheridan) is a new-media installation by Beate Geissler and Oliver Sann. 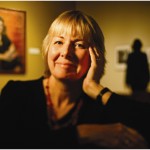 40 Louise Lincoln
With the reopening of the DePaul Art Museum in a new, fifteen thousand square-foot building on Fullerton, director Louise Lincoln has created a place for both student and public edification of Chicago art history. Lincoln herself has curated fifty exhibitions since she arrived at DePaul in 1997. The museum’s special focus on exhibiting and collecting work by established Chicago artists makes the DPAM indispensable among Chicago’s finest art institutions.