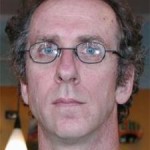 41 Lane Relyea
“Your Everyday Art World” is the friendly title of Lane Relyea’s new book, published last month by MIT Press, about the way that networks have come to define the contemporary art world. The account of art’s expanded social reach will show the world what many in Chicago have known for awhile: that Relyea is on the forefront of contemporary art history and theory. The chair of Northwestern University’s department of art theory and practice is also editor-in-chief of the College Art Association’s Art Journal. 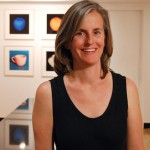 42 Karen Irvine
A self-described “retired photographer,” curator and associate director of the Museum of Contemporary Photography, Karen Irvine has a truly international presence. Trained as an artist in Prague; in the past year, Irvine was one of five curators selected for the Daegu International Photography Biennale in South Korea, and recently served as a nominating juror for Canada’s The Grange Prize, a prestigious award that seeks to recognize the best in contemporary photography. Irvine is also a classic success story. Beginning as a volunteer with MoCP and later going back to pursue art history in the evenings, she has become a significant and highly respected force in the world of contemporary photography. Her latest effort involves commissioning  photographer Michael Schmelling—the force behind “The Wilco Book”—to document the music scene here in Chicago which will be followed by a solo show at MoCP in 2014. 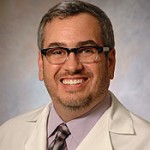 43 Scott J. Hunter
Satirizing art collectors has become a favorite pastime of the art world. It is hard not to give in to the temptation since these days it’s almost impossible to tell allies from speculators. Scott J. Hunter, a pediatric neuropsychologist and professor at the University of Chicago and chair of programming for the Society for Contemporary Art at the Art Institute of Chicago, breaks the mold of the hermetic investment buyer. You’ll never hear anyone slam him in close circles. On the contrary, the scene respects how he made himself vulnerable when he curated “Psychosexual” at Andrew Rafacz Gallery. They also respect how our collector unabashedly champions the young local product. But what puts him in a class apart is that he wears his politics on his sleeve by using social media to passionately and logically present his opinion on issues that really matter. Hunter’s intellectual display is proof that he doesn’t need an advisor to tell him what to buy, which is a behavior that resonates with artists more than a banker’s deep pockets.

44 Terry Myers
Last year, independent curator and art critic Terry Myers took over Michelle Grabner’s throne as chair of the painting and drawing department at SAIC, after thirteen years of teaching in the school’s largest major concentration. He continues to teach, and hosts regular study trips in L.A. Recent notable projects include editing “Painting,” from Whitechapel’s Documents of Contemporary Art series, in 2011; he is also a regular contributor to The Brooklyn Rail, Afterall and Parkett. In a recent sabbatical lecture, Myers preached the “hereness” of painting “while the world floats away.” Myers splits his time between L.A. and Chicago, and is heavily invested in “stretching the idea of location without it breaking.” 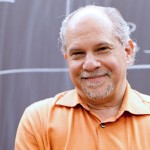 45 James Yood
With thirty years of writing exhibition reviews and catalogue essays under his belt, James Yood continues to find ways to innovate his field. In 2010 he founded a master’s program in New Arts Journalism at the School of the Art Institute of Chicago (where he has taught for twenty-six years). Once the editor of the New Art Examiner, these days Yood continues to spread the gospel about Chicago art in magazines such as Aperture, GLASS and art ltd. 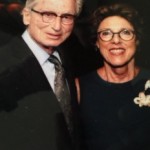 46 Lewis and Susan Manilow
A family whose apartment houses artwork by Kiefer, Baselitz and Viola would be at the forefront of Chicago institutions. Accordingly, Lew Manilow has been a founder, president and substantial donor to the Museum of Contemporary Art. The Nathan Manilow sculpture park at Governors State University began with a visit from Mark di Suvero to his farm in the south suburbs (and now includes major outdoor works by Tony Tasset, Bruce Nauman, Richard Rezac and many others) and the cutting-edge Randolph Street Cooperative Gallery occupied the first floor of the Manilow’s Milwaukee Avenue loft during the 1980s. A key force in the redevelopment of the Goodman Theatre, Manilow was awarded the National Medal of Arts in 2000, the Arts Legend Award from the State of Illinois for his extraordinary philanthropy and leadership to virtually all the arts institutions in Chicago and many outside the state. Susan Manilow, who has collected alongside her husband (both are retired now), expressed gratitude to have been a part of a period of exciting growth in the Chicago art world. 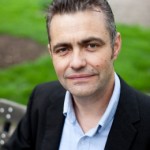 47 Peter Fitzpatrick
Chicago has long been a stronghold for the production of contemporary photography, reinforced by the MFA program at Columbia College Chicago, which has cranked out notable alumni such as Jason Lazarus, Curtis Mann and Brian Ulrich. The photo program’s chair is Peter Fitzpatrick, who is also a practicing photographer, and whose new initiatives include the creation of a Digital Investigation Pod in collaboration with the performing arts faculty, and a new partnership with Hilton Chicago to mentor the fashion photography students. Together they recently debuted a billboard project on Wabash Avenue. 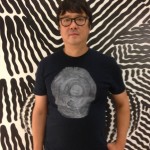 48 Ed Marszewski
Like Julius Caesar, Ed Marszewski doth bestride the narrow non-commercial Bridgeport art world like a colossus. He has spent more than twenty years tirelessly creating ways for artists, writers, designers and performers to collaborate and present work. Perhaps best known currently for Lumpen and Proximity magazines, the Version festival and the Co-Prosperity Sphere, “Edmar” is the impetus behind an array of arts festivals, publications and projects—new and old, scrappy and polished, serious and silly, activist and entrepreneurial, local and international. Few other individuals have created more opportunities for young creative people in the city of Chicago.

49 Richard Gray and Paul Gray
Richard Gray Gallery is celebrating its fiftieth anniversary in Chicago this year. From a suite high up in the John Hancock tower, the gallery primarily represents blue-chip artists, such as the public works of Jaume Plensa and Magdalena Abakanowicz. Harkening back to the gallery’s history of supporting local contemporary artists (which they did well in the 1970s), the Grays now show art by Jan Tichy, who is focused on video work and social projects such as the recent Cabrini Green interventions. 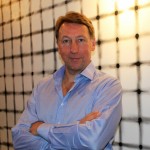 50 John Podmajersky III
Before the real-estate developer John Podmajersky came to Chicago and settled in east Pilsen, the stretch of South Halsted between 18th Street and Canalport wasn’t the type of neighborhood through which one would want to stroll on a Friday night. Now, a couple of generations later, and a branding of the area as the Chicago Arts District, the Podmajersky family continues to market to artists and artisan entrepreneurs with their live/work spaces and storefront galleries. The push to fabricate an artist community and to attract the positive effects of gentrification have not always been smooth, as the CAD’s idea of “affordable” spaces for artists is a controversial topic among some, but the second Fridays art-opening event, now in its forty-third year, continues to attract makers and audiences alike.