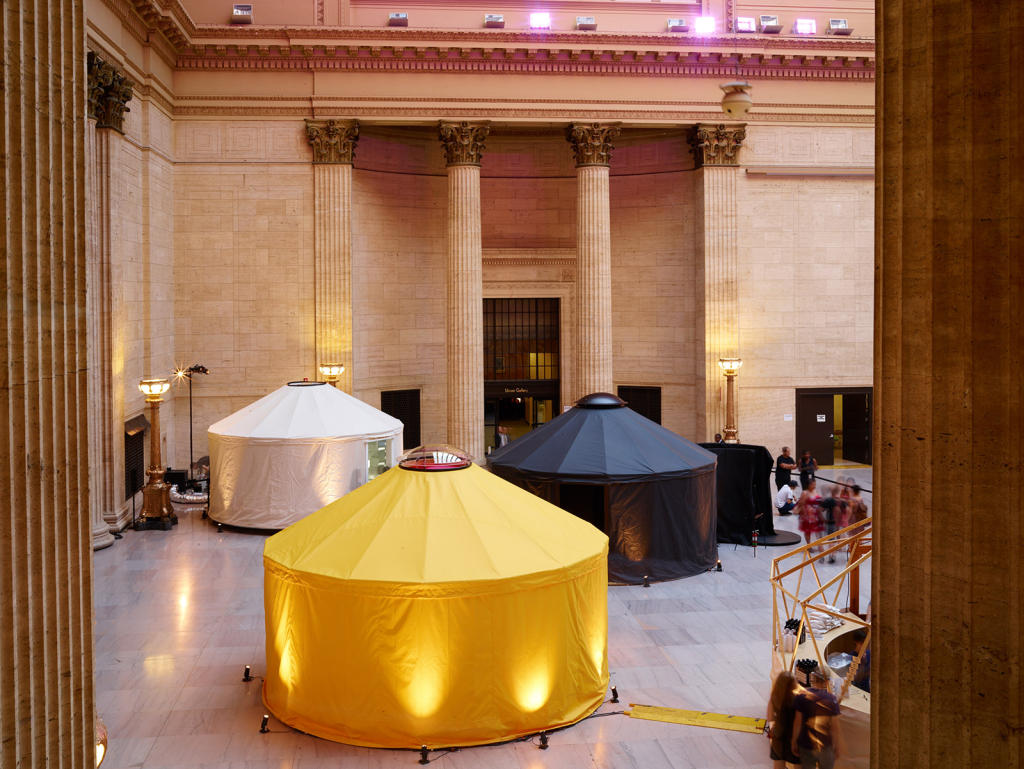 I don’t know if you’ve ever been inside the Great Hall in Union Station, but it’s a breathtaking piece of architecture. The station was designed by Daniel Burnham and finished in 1925, after Burnham’s death and some labor-related delays. The Great Hall itself is two hundred and nineteen feet long, has a vaulted barrel-shaped atrium ceiling, marble staircases, marble floors and colonnades the size of sequoias. It’s a relic of Old Chicago and feels like something that will look as impressive when alien archaeologists dig it up thousands of years from now.

This is the space Doug Aitken decided to use for his Chicago happening, on September 10, during his Station to Station tour of the country. How could he resist? He could invade this monument to decorum with an event based around the ideas of spontaneous expression and creative combustion and pack it full of interpretative art, loud rock ‘n’ roll, and the oddballs that love both. We’re gonna get weird!

That was the idea, anyway. Walking into the Great Hall, it still felt very much the commuter’s train station. The three art yurts on the left were lonely and ignored compared to the stage on the right, which showcased video projects and acts like No Age, Black Monks of Mississippi and Thurston Moore. The crowd was like a lot of other crowds I’ve seen at art events: tight, not sure what to do with their hands, and drinking a lot of beer.

I don’t fault them. It was hard to relax enough to participate in Aitken’s happening when you were asked to walk through an excessive amount of crowd-control vinyl rope to get in, dodge three different kinds of security hired to monitor the event, and wait in line, remove your shoes and not touch too much inside the interactive art tents. The ubiquitous presence of Levi’s, the event’s sponsor, gave the whole evening an air of “being in a commercial,” as one observer said to me. 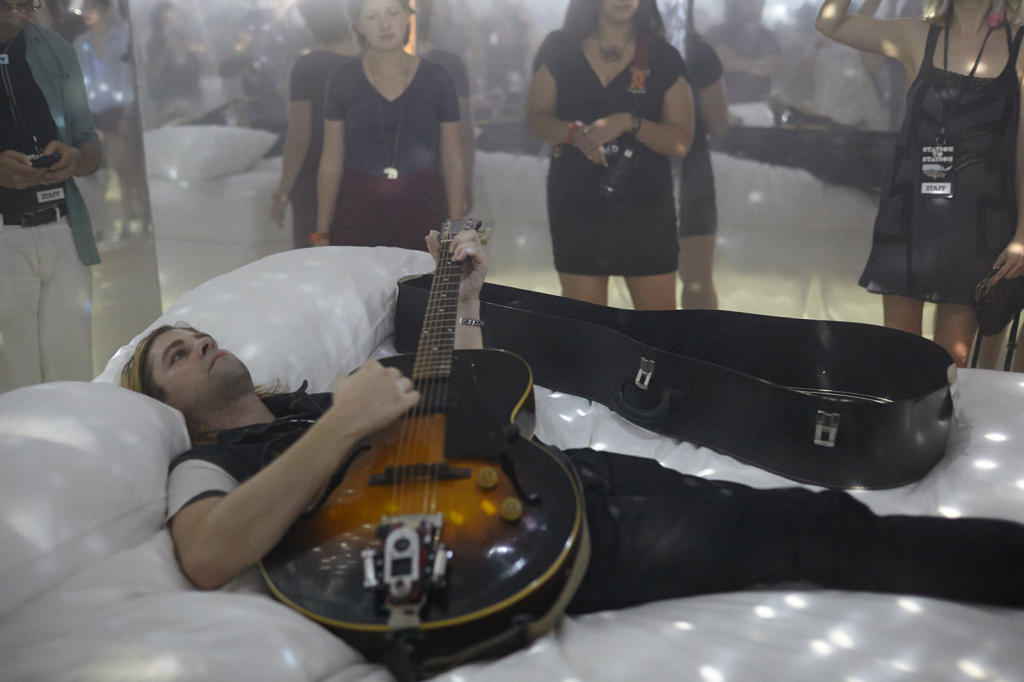 The only people that seemed loose and engaged in the spirit of the happening were the artists. Inside a white tent, a disco ball reflected onto a mirrored room and a large bed (constructed by Urs Fischer), a crowd watched Ariel Pink lie down and play a repetitive, plaintive song. Pink was not slated to perform that night, but there he was, relaxed and vulnerable, within touching distance of people who had been whispering his name all night. Nobody joined in, though. They stuck to the walls like it was a junior prom.

I wonder what Station to Station would have been like if it actually took place on the train—which was so present in the event’s marketing, and which carried the art and music in to town. That gorgeous, snub-nose orange-and-oxblood Pullman they rolled in on was left in the terminus to bully the humble Amtraks, off-limits to everyone without staff credentials. Logistically, it would have been a mess, but it would have been a fun mess. 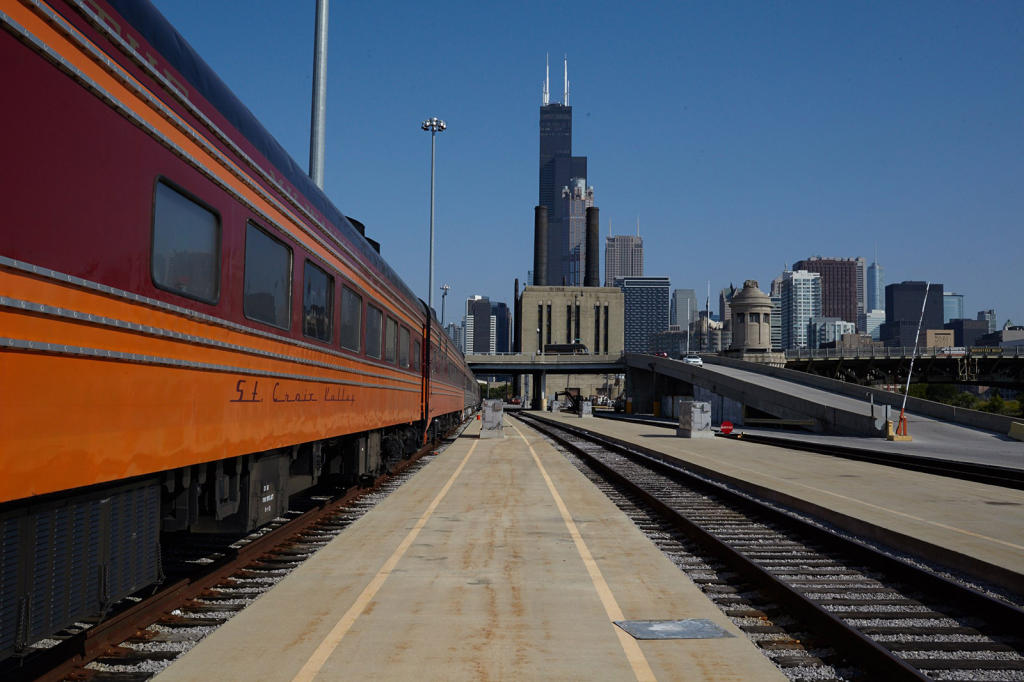 Aitken’s project, which ended its run on September 28 in Oakland, really was an amazing one, in scope and concept. It dipped into American ideas of travel, freedom from routine, and communal creation. The art was thoughtful and fanciful, the music was powerful, but the essence of the project, the question: “What results from creative encounters?” was out of reach for the audience. We were less participants in creating a new thing than awestruck and envious witnesses to other peoples’ creating. And at the end of the night, after the Black Monks played a final belly note from the balcony, I felt the feeling of being left behind, like I was watching someone else leave for an adventure that I wanted to be taking. (Meredith Wilson)