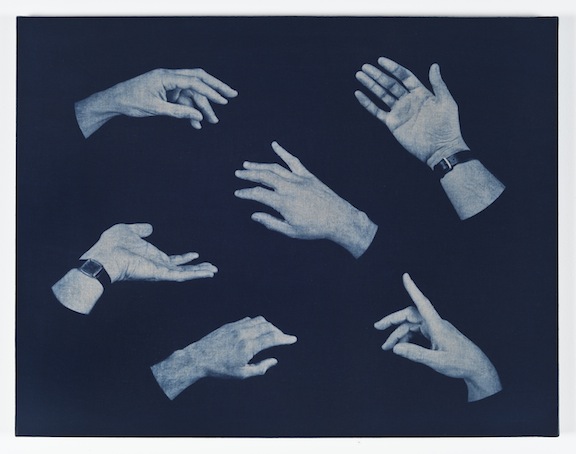 Although the exhibition “Histories/Photographies” purports to be a reflection on the relations between photography and history, it turns out to be a gathering of thirteen artists who practice a wide variety of techniques and genres, usually with no tight links to “history,” except in the sense that every photograph that we look at is produced through some dated process that was deployed at a particular time in the past. No matter, whether the photographers here shoot straight or indulge in experiments, their work is often provocative and sometimes strikingly visually intelligent. On the straight side, Alan Cohen’s sensitive black-and-white images of the ground at the sites of mass murders do fulfill the show’s program. His most deeply meditative and moving image is of a patch of rock-strewn earth at the Nazi death camp at Buchenwald from which delicate flowers blossoming from weeds have clothed the ruins in the beautiful garb of fresh life. 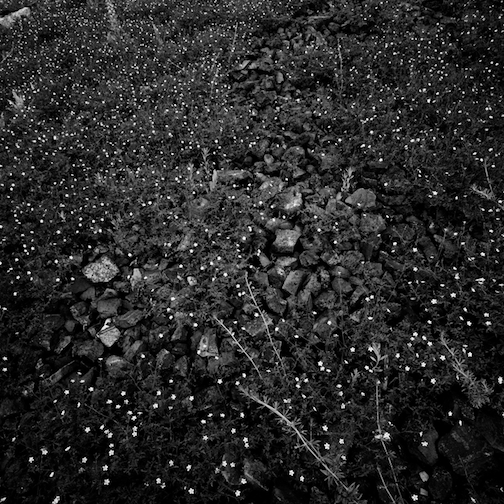 At the opposite experimental pole, and devoid of history in any strict sense, except for the use of a nineteenth-century technique, is John Opera’s cyanotype of six disembodied hands against a dark background, each making a different gesture, such as pointing assertively or opening its palm beseechingly; the hands are arranged so that they do not address each other, each one indifferent to the others, detached and altogether without background context (history-less), except for the sense of meaningless disorder that they compose in their proximity. Cohen and Opera dwarf the other contributors to the show by dint of their ability to render existential depth visually through different means and concepts. For Cohen, although carnage and evil cannot be redeemed, life asserts itself beyond them; for Opera, our expressive gestures are cut off from life when they no longer refer to a particular vital situation or receive no response. Together, the two photographers give us an affecting insight into a broad spectrum of the human condition. (Michael Weinstein)

Through December 8 at the DePaul Art Museum, 935 West Fullerton.