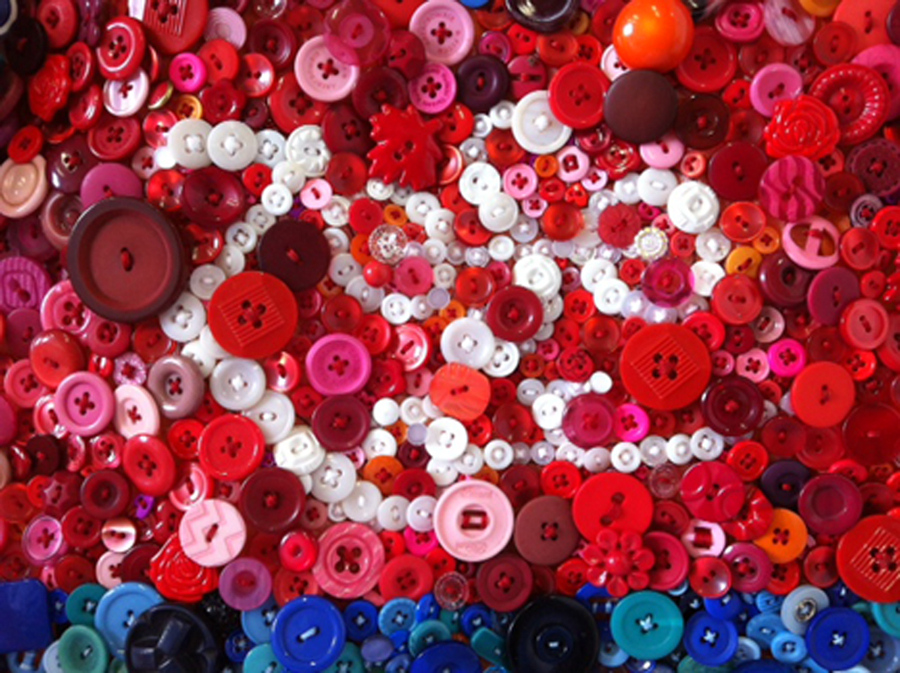 Depending on the level of engagement one has with the works of seminal hard rock band Led Zeppelin, they can be everything from electric gospel, brought down from the mountain by the deified manipulators of His six-stringed herald, to self-indulgent cock rock from faux gods whose masturbatory manipulating of phallic implements on a stage brought testifying men and genuflecting women to amass at their feet. The key, of course, is that both definitions are right, in so much as these things can be, depending on the ipseity of the consumer.

Karolina Gnatowski’s exhibition “Lined Pages” is at once fan service, psalm and subversion of the false notion that popularity is anathema to artistry; in using techniques and mediums considered by some textile artists to be outdated or uncool, rendering a figure some consider outdated or uncool (Zeppelin guitarist Jimmy Page), and making materials and man look decidedly cool again, Gnatowski brings to the forefront our relationship with Jovian cultural influences. Page’s ZoSo logo, a t-shirt trope or banal tattoo, is a captivating nebula of buttons here; Gnatowski’s five Pages can be taken at face value, as whimsical representations of a towering figure sketched out, or can be engaged, parsed and purveyed like one of Zeppelins’ songs, the various findings of meanings uncovered and treasured. 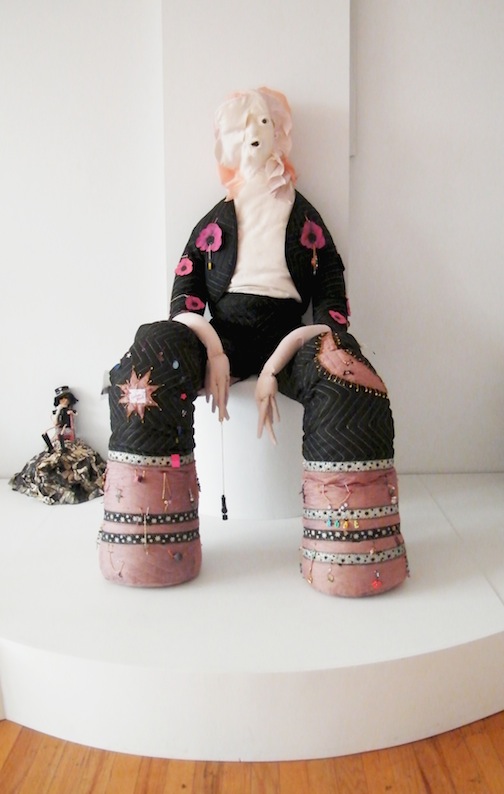 “Herringbone Jimmy” is, at first glance, merely a sweater, chevrons of space cadet and myrtle; a closer observation reveals text upon its back; a full-on engagement reveals that the text can only be read by touch, by wearing a path to reveal the message, actions mirroring words. The true brilliance of the show is that these idiosyncrasies are not requisite to the enjoyment of the sculpture.

Gnatowski’s favorite Zeppelin album is “Led Zeppelin III,” an oft-maligned choice lauded in Brad Tolinski’s “Light and Shade: Conversations with Jimmy Page” as “a sophisticated leap in synthesizing the folk, blues and rock elements” into the band’s signature sound; such an amalgamation of seemingly simple, often derided components lies at the heart of “Lined Pages” as well. Gnatowski makes manifest the mythology, the swirling milieu of wildly popular music; Led Zeppelin is a cultural leviathan, and Gnatowski knits with their ribs. (B. David Zarley)