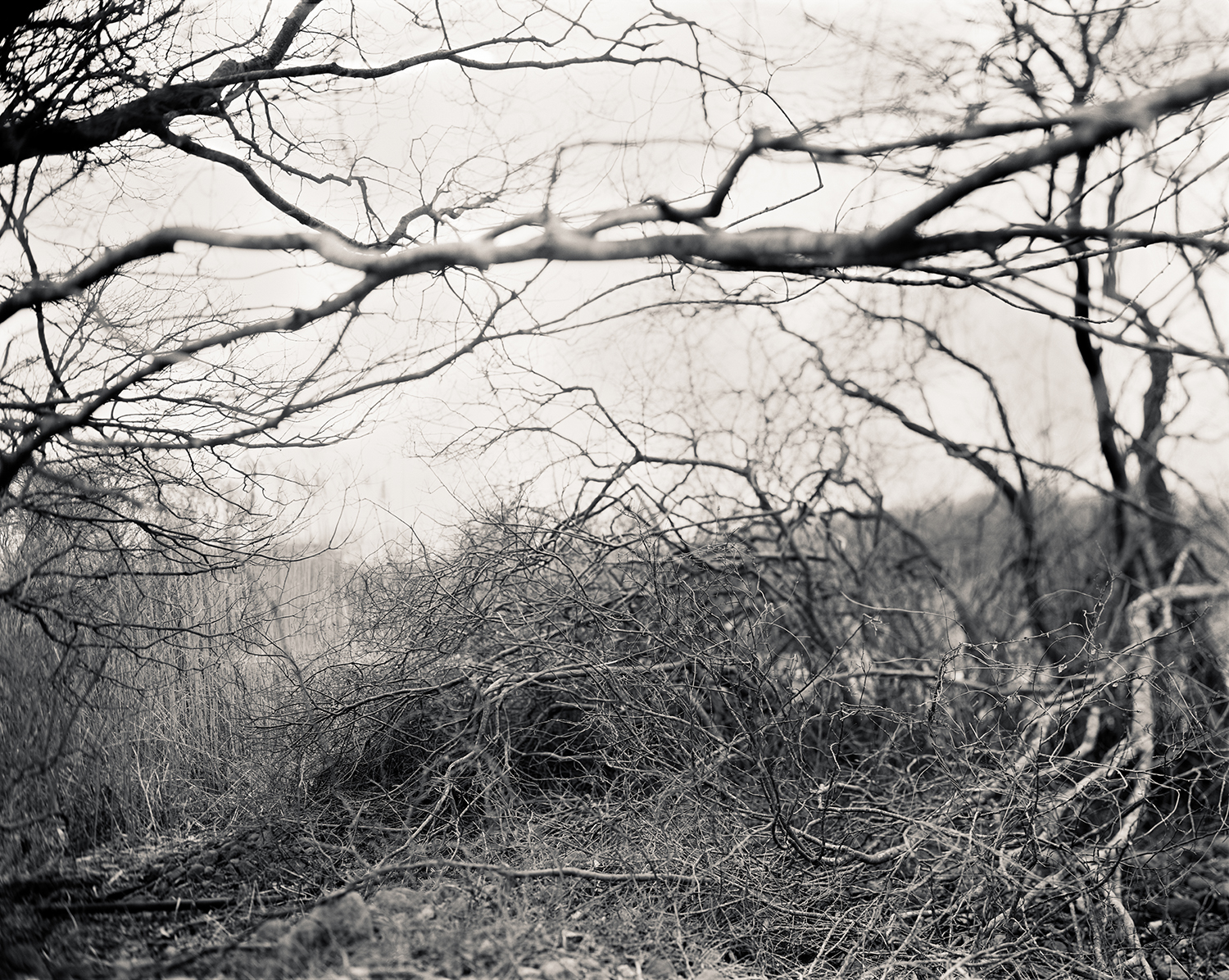 A dyed-in-the-wool poetic photographer of the northern New England landscape, Ron Cowie shoots muted, middle-distance, black-and-white studies of the seashore (“Oceanhead Meditations” series), and woods and country roads (“Leaving Babylon” series). Enveloping the viewer in a peaceful and vibrant sensibility, Cowie achieves that effect by platinum palladium printing, which widens the tonal range further than the more familiar silver gelatin print, making the sights more subtle and soft without blurring them, as pictorialist photography does in its attempt to imitate impressionist painting. As far from graphic as decidedly straight photography can get, Cowie’s images radiate their sensibility, while keeping the subject separate from the viewer, setting up an intense appreciative experience in which the viewer is drawn into the mood that the photographer projects in order to contemplate rather than participate in the scene. The peaceful and vibrant sensibility would characterize Cowie’s work wherever the images were shot, so long as he adhered to the same practice, but their specific expressive emotions would vary in different places and times. Northern New England is famously harsh; it is to Cowie’s credit that he is able to sustain a meditative mood even in the dead of winter when the skies cast a dark pall over denuded trees and tangled branches, and icy white foam rises as waves break against the beaches; we know that we would shiver if we were there, yet we remain fixated and absorbed. At the root of Cowie’s vision—explicitly, as shown by titles such as “Peace of the Lord”—is a religious sentiment, Christian in his case, but one that is also native to other traditions, particularly Buddhism, that being is greater than the human ego and should be affirmed, not merely accepted, on its own terms. Cowie shows us through photography that we can achieve that state of mind and judgment because he has realized it in his personal journey from Babylon into the wilderness. Cowie is the real thing, never a poseur, expressing visually the vision of the great New England philosophers, Josiah Royce, William James and John Dewey, who centered their reflections on the human condition on the play between the wilderness and the city. (Michael Weinstein)