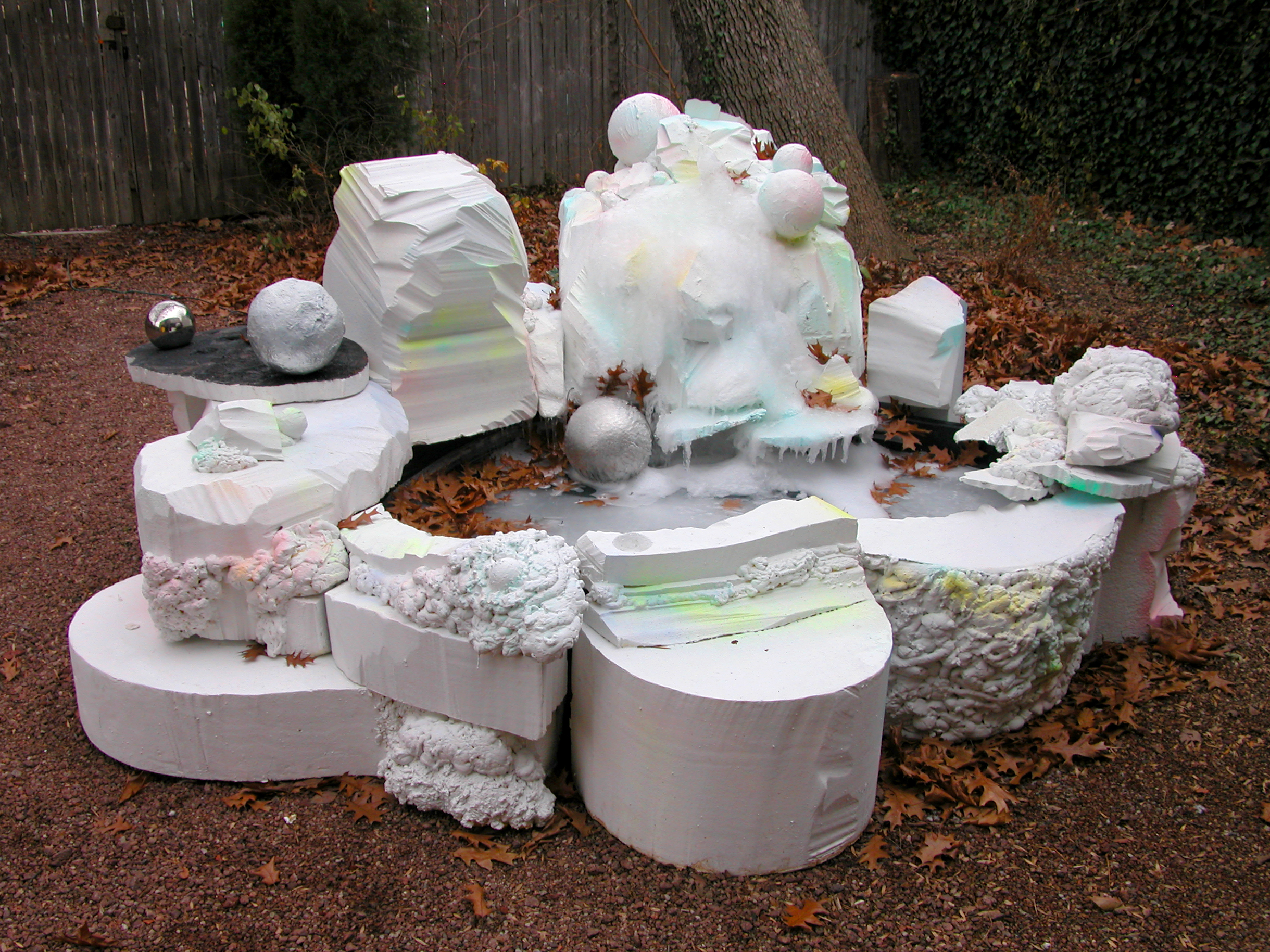 The exhibition begins outdoors with Sabina Ott’s fountain, a glittery, Styrofoam-encrusted circulating water tank the size of a bathtub, titled “Pleasure for the Poor” (2010). As its title suggests, it would be suitable for the landscape architecture of a place where people must live on impossible dreams. Defying any sense of space, form or proportion, the fountain is as comforting as a giant, melting, multi-flavor ice-cream sundae. That sense of down-scale comfort is projected by the rest of Ott’s pieces in this exhibit—all of them pastel-tinted conglomerations of glass and metal stuck together with sprayed Styrofoam. Absent any visual tension, and with a sweet, then more sweet esthetic, there’s a sense of fun that summons a hilarious party—which is exactly what the artist did, inviting other artist friends and colleagues to participate. Each were asked to contribute something that, like her pieces, is prominently colored white. The variety of responses is fascinating, but mostly they function like the strainer at the bottom of a kitchen sink, catching the random detritus of human experience. Except for the meticulous wooden marquetry of Dan Gunn’s “Fan,” the pieces in the group show seem to have been as casually produced as the piece of white, open-weave fabric that Michelle Grabner glued to a small white panel. In the center of them all, Ott hung an encrusted mirror from the ceiling, like a glittering disco ball, to reflect the work of all her friends. What a party! The one piece that appears to be more than a party favor is Michelle Wasson’s elegant drawing. Rather than the result of a child playing, this piece depicts one, with just a few simple, sinuous red pencil lines. The show, however, is not a child’s birthday party; it’s a professional social event, celebrating the ongoing dominance of Dada in academia, that rebellious but venerable anti-art tradition that is fast approaching it’s one-hundredth anniversary, and still alive today. (Chris Miller)