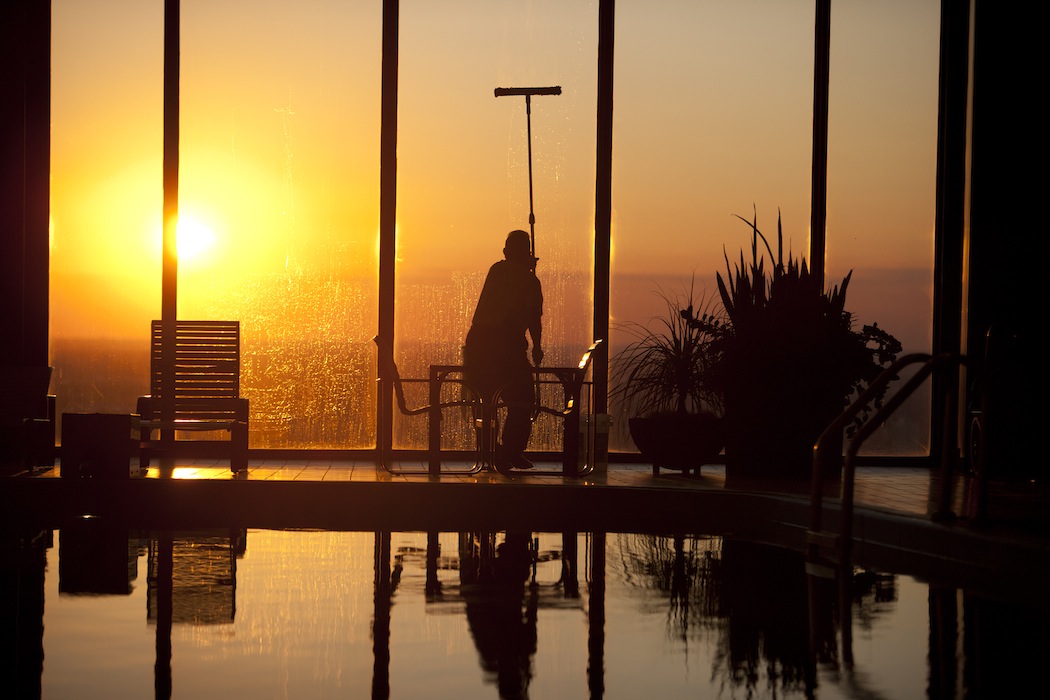 “Chicago,” a 2011 film by Sarah Morris, is the centerpiece of the MCA’s new exhibition, “City Self.” Morris’ flood of telescopic images of our city, accompanied by an electronic score written by her husband Liam Gillick, and projected on a movie screen, presents a seamless digital spectacle of the twenty-first-century city. The camera never lingers on anything or anyone too long; its detachment mirrors our own loss of agency in the phantasmagoric flow. Gallery visitors can screen the entire film or wander in and out.

Grids and infrastructure are foregrounded in Morris’ sixty-eight-minute film, creating the visual implication that the gridded surfaces of Mies’ buildings are truly an expression of the deep structure of the city, and some breathtaking shots of the Lake Shore Drive apartments set Chicago aside from any other global city. Extended sequences of the giant presses where the Tribune and other papers are printed, the still-modernist compositions of pipes that protect the miles of filament and cable at Fermilab and huge mainframe computers (humming electronically like the score) there and other places. Morris and her cinematographer David Daniels reveal the blank material structures and technological non-places that create cyberspace and control the flow of digital images. 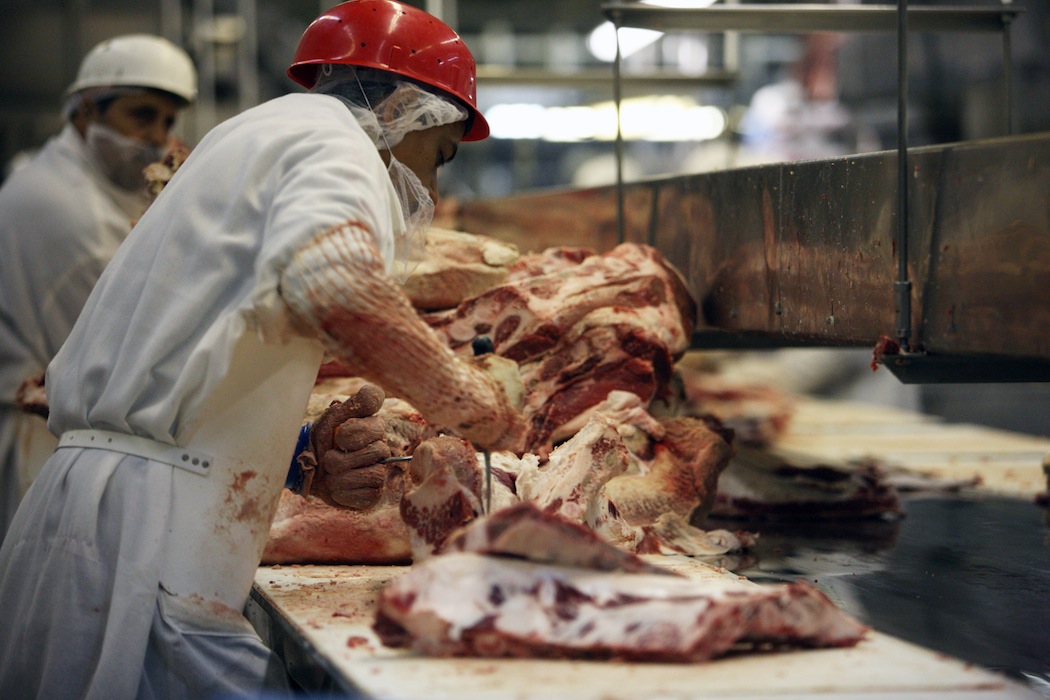 An amusing sequence of butchering and sausage-making culminates in a nod to molecular cuisine. There is an emphasis on the banal, or what French anthropologist Marc Augé called “non-spaces,” so we see ATMs and the Recorder of Deeds offices which likewise underpin the stunning surfaces and interrupt our consumption; a portrait in passing of Capone is among the witty cutaways to one of Chicago’s icons in the film.

Years ago I attended a reception for the German photographer Thomas Struth, who has several photos in this show. Someone asked Struth how he liked Chicago and he replied that it was a beautiful city but noted the stark geographical divisions and unequal distributions of wealth. I was glad to witness a visitor break with luncheon conventions by bringing up the real conditions of people’s lives in the city. 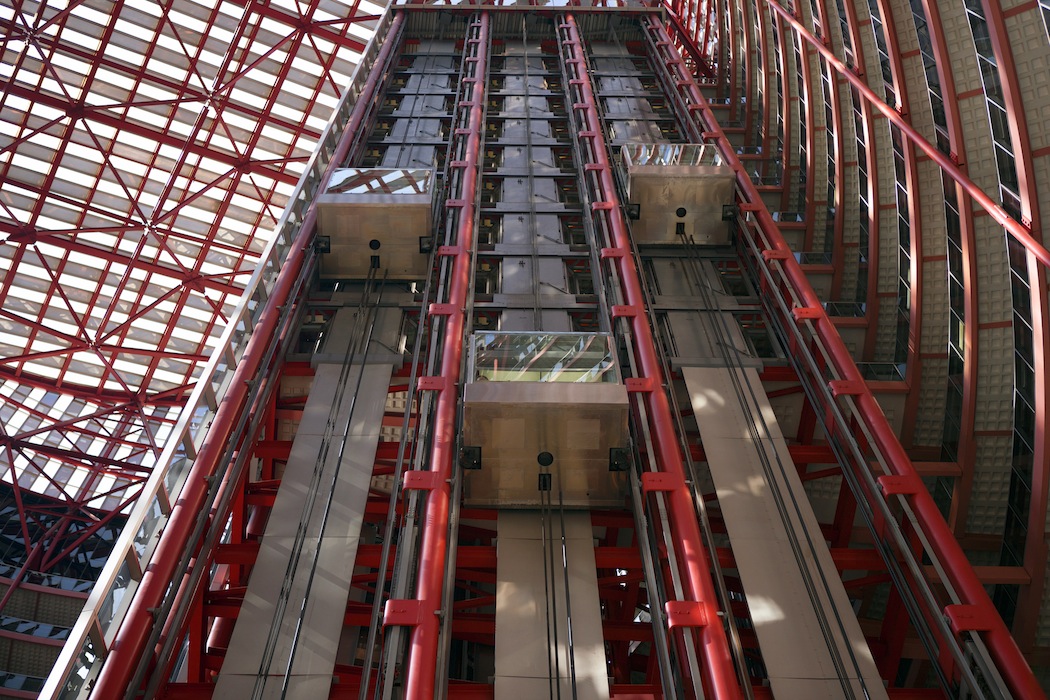 “City Self” is a fluid spectacle, mesmerizing and de-centered enough to precipitate some questions about the breathtaking surface of the city, but any clear evidence of social exclusions that might mar the glossy cavalcade are left out of Morris’ film. The only nod to hyper-segregation is a glamorous mixed-race couple who appear twice—as far as I could tell the only image that reoccurs—driving in their Mercedes Benz. Perhaps the image is meant to be ironic. The ladies who ride the bus are left out. In the end, the principles of choice and coherence that determine the nature of this city are not made any clearer by the film.

The exhibit is curator Dieter Roelstraete’s take on representations of Chicago and includes highlights from the museum’s holdings: from Struth and Gursky’s images of the Board of Trade, Jason Lazarus’ evocation of Emmett Till’s grave, and Art Shay’s candids of Algren and de Beauvoir, and many notable photographs, like Catherine Opie’s panoramic night images, in between. (Janina Ciezadlo)

Through April 13 at the Museum of Contemporary Art, 220 East Chicago.