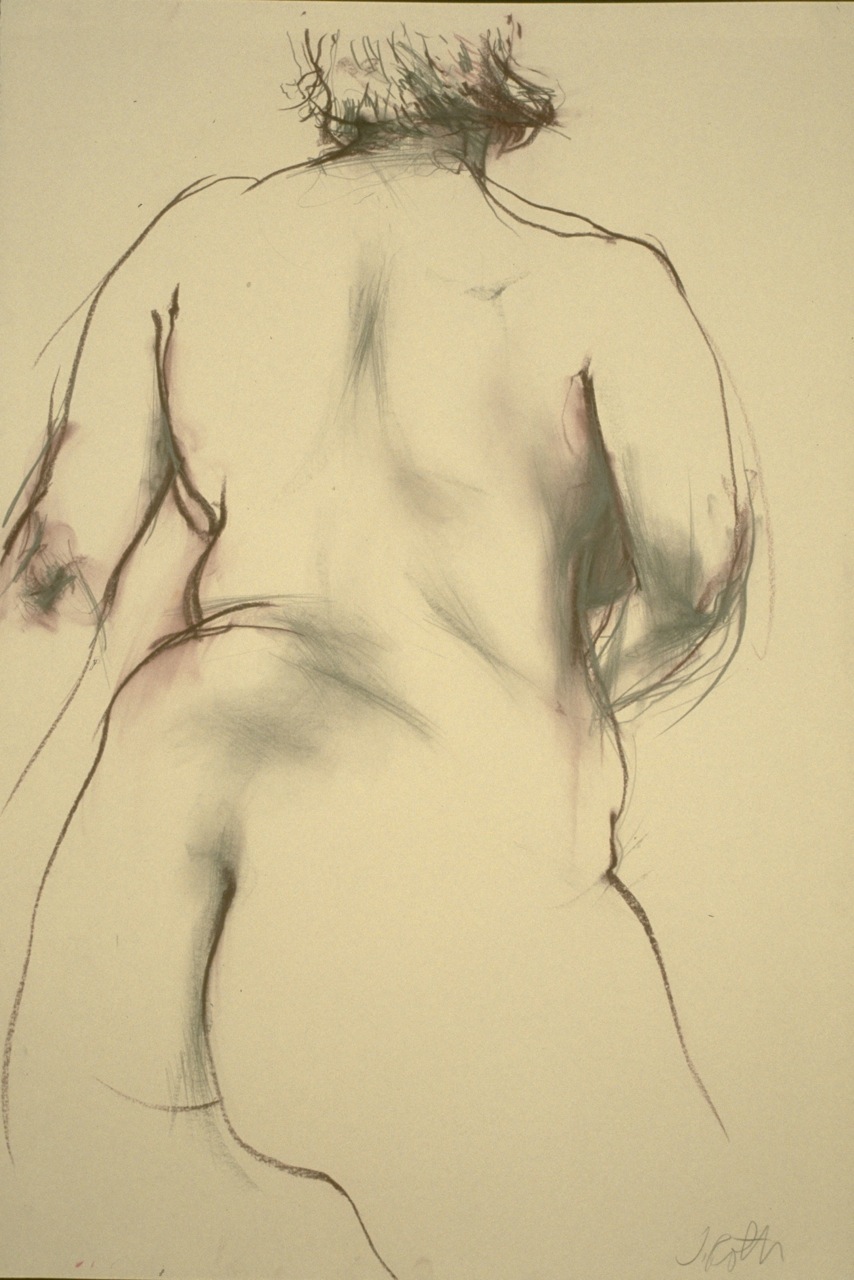 Sandra Holubow and Judith Roth are two old friends whose paintings of local middle-class life neatly complement each other.

Roth is a figure painter and draftsman, the kind who hires a model and then brings her to life on paper or canvas. She mostly paints women, and she presents them as strong individuals who overwhelm their backgrounds and enter the space of the room where the painting is hung. The women are ready to open up the office, drive the kids to school, or teach an aerobics class. They also overwhelm the background when Roth draws them nude, and her large, bold, voluptuous contour-lines proudly assert their fleshiness rather than offering it up for the delectation of voyeurs. Every image seems to say, “I am proud to be woman.” 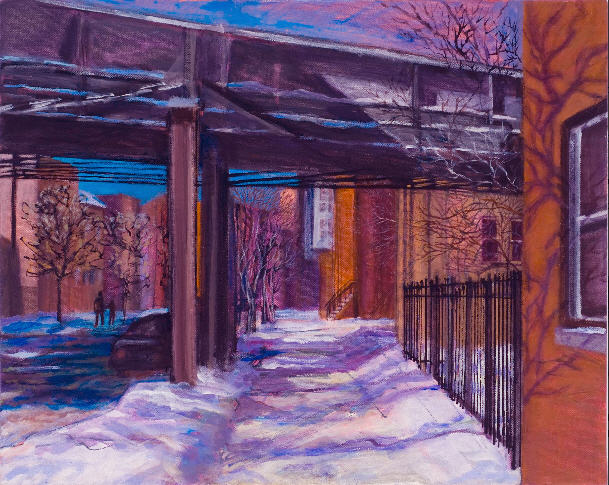 Holubow paints views of her Chicago, which extends from the modest two-flats of her Near North neighborhood to the urban canyons of the Loop. And she loves it. For her, there is nothing scary about a dark underpass at night and nothing depressing about an abandoned El station beneath an unforgiving sun. It’s all her world, and she has taken it home to her studio to study like a cubist. Like the early cubists, Holubow discovered that paint wasn’t taking her where she wanted to go, so she began pasting other materials onto the surface, often using a fine-mesh wire screen that gives some areas an enjoyable feeling of complexity, suggesting that wherever you look in the city, there is much more than meets the eye.

Not looking beyond their own worlds, though well educated in both classical and modern techniques, neither of these artists offers a revelatory epiphany, but they do share their good, vibrant lives, and maybe that’s more important. (Chris Miller)

Through January 24 at the Koehnline Museum of Art, 1600 East Golf Road, Des Plaines.