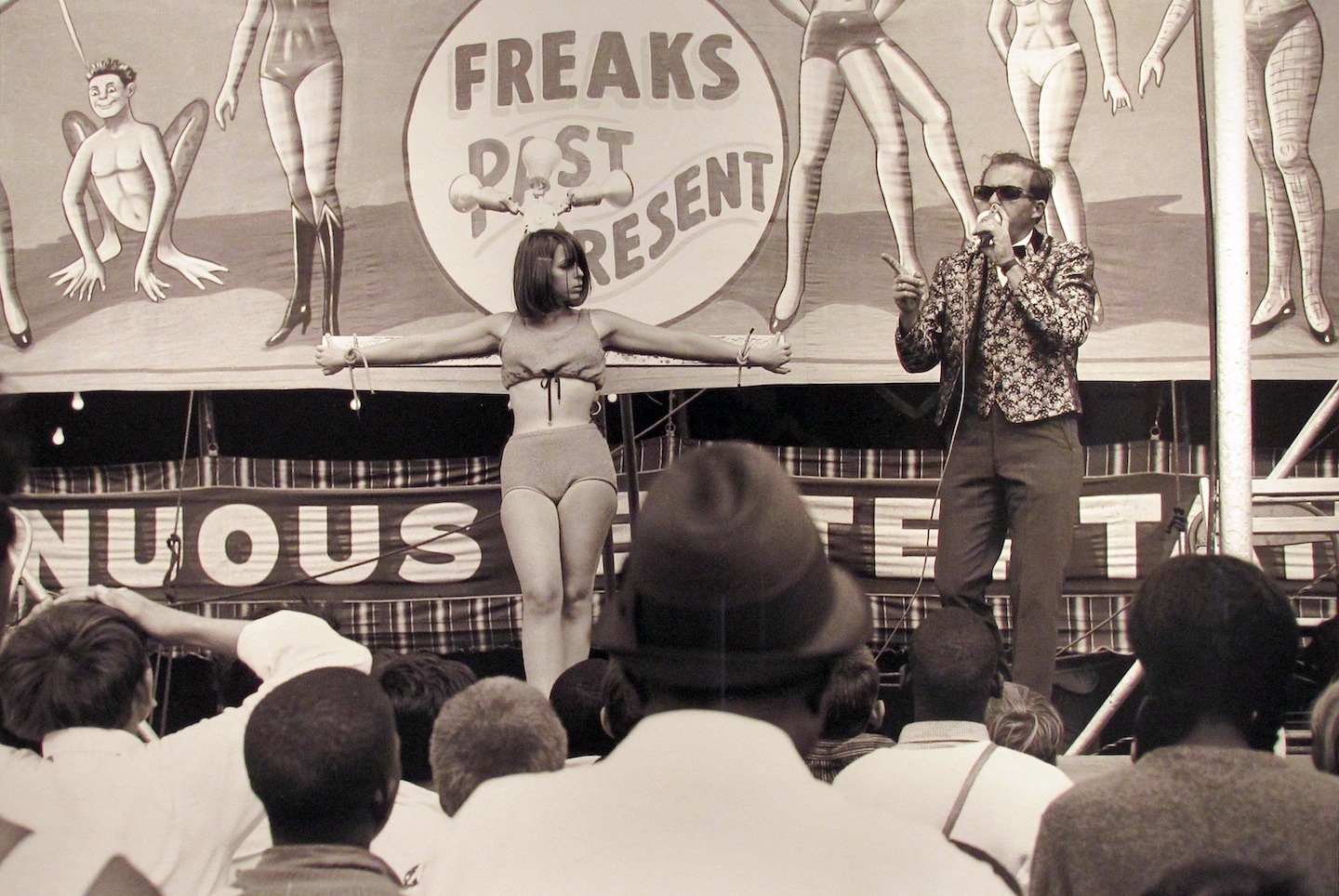 Back in the day when Detroit was Motown, making Thunderbirds and coating the cosmos with pop soul, Bill Rauhauser was out on the streets with his camera, funky as one can get, shooting freak-show signage, a Shriners parade, teenagers cavorting in the lake, ordinary undignified people and musicians plying their trade, all in black and white, and all with an indulgent tongue-in-cheek smile. Those were the days, it would seem, although the other sixties—the riots and the protests—presaged the post-industrial pit into which the city has fallen, at least in the public mind. No matter here that the freak show has spilled out into the world; back then it was a bizarre fantasy, as Rauhauser shows us in a hilarious shot of the “Hell’s Belles” extravaganza: a woman in a bathing suit, with a boa constrictor draped over her shoulders, stands on an outdoor stage flanked by telling posters of supermarket tabloid covers, with gruesome photographic illustrations, announcing that “Color TV Radiation Turns GIRL Into Monster” and “Should Medics Allow Birth of Badly Deformed Babies?” Street photography changes with the times and bids fair to be the art form that best records the temper of an era, its difference from the one in which we live. It would be impossible to represent Detroit as funky town today, when entertainment has become guided tours for suburbanite gapers of derelict, ruined and blasted pleasure palaces. When he took his Detroit street shots, Rauhauser’s work was part of the world that he recorded, supplementing it and highlighting its merry pranksterish side; seeing it today can evoke nostalgia or a rueful shrug. (Michael Weinstein)