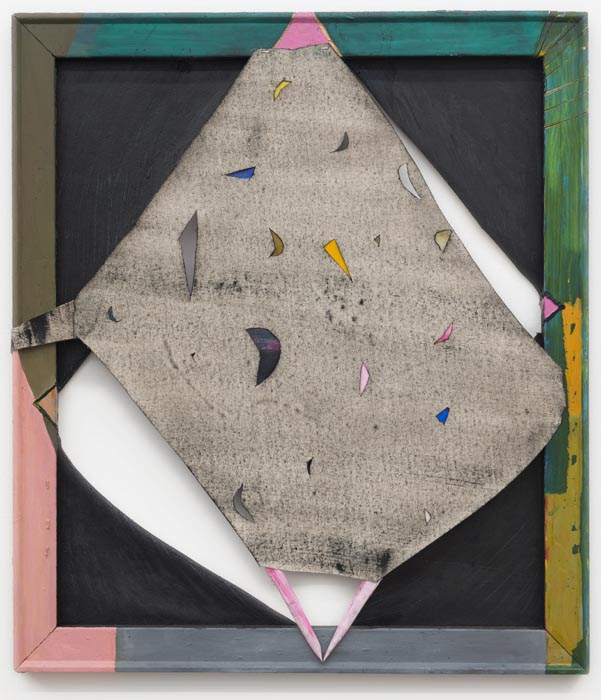 “Holes in Memory Create Colors in my Mind,” oil on cut and collaged canvas and stretcher bars, 2012

It looks like everything that’s happening in this young painter’s life is beautiful—or, at least, now that she has turned thirty that’s how she can see it, even if she’s cut, torn and shredded her canvases in the process. Nelson’s energy is ferocious, so it’s a wonder that any cloth is left on the stretchers at all—but yes, fragments are still there, and they are as wantonly eye-catching as tropical fish, and composed like a cat that has fallen out a window, acrobatically twisting through the air on the way down, and then elegantly walking away after a perfect landing. 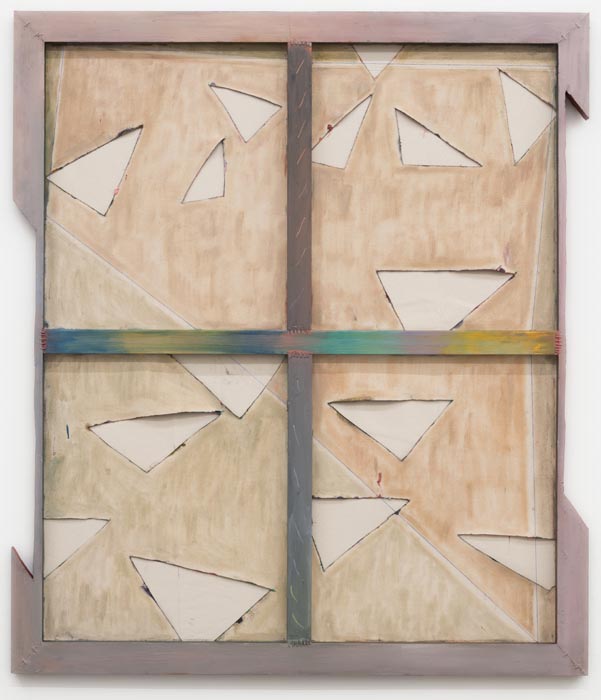 Take, for example a painting called “Eight Over Seven (8/7) Discord.” Even if it’s not exactly an I-Ching hexagram, as the title might suggest, the combination of stretcher bars and ragged perforations in the canvas declare that the top and bottom have irreconcilable differences, painfully accentuated by jagged cuts in the outer frame. The piece appears to be hung facing the wall, presumably because the front is just too terrible to be seen. But despite so many ominous overtones, the back is a beautiful, dynamic geo-form design, with just enough tasty color to promise new beginnings, and most of the other paintings seem to be documenting ecstatic rather than disastrous experiences. Comfort is probably not a word in Nelson’s vocabulary. Every experience, even forgetfulness, seems to be thrilling, for better or worse. (Chris Miller)