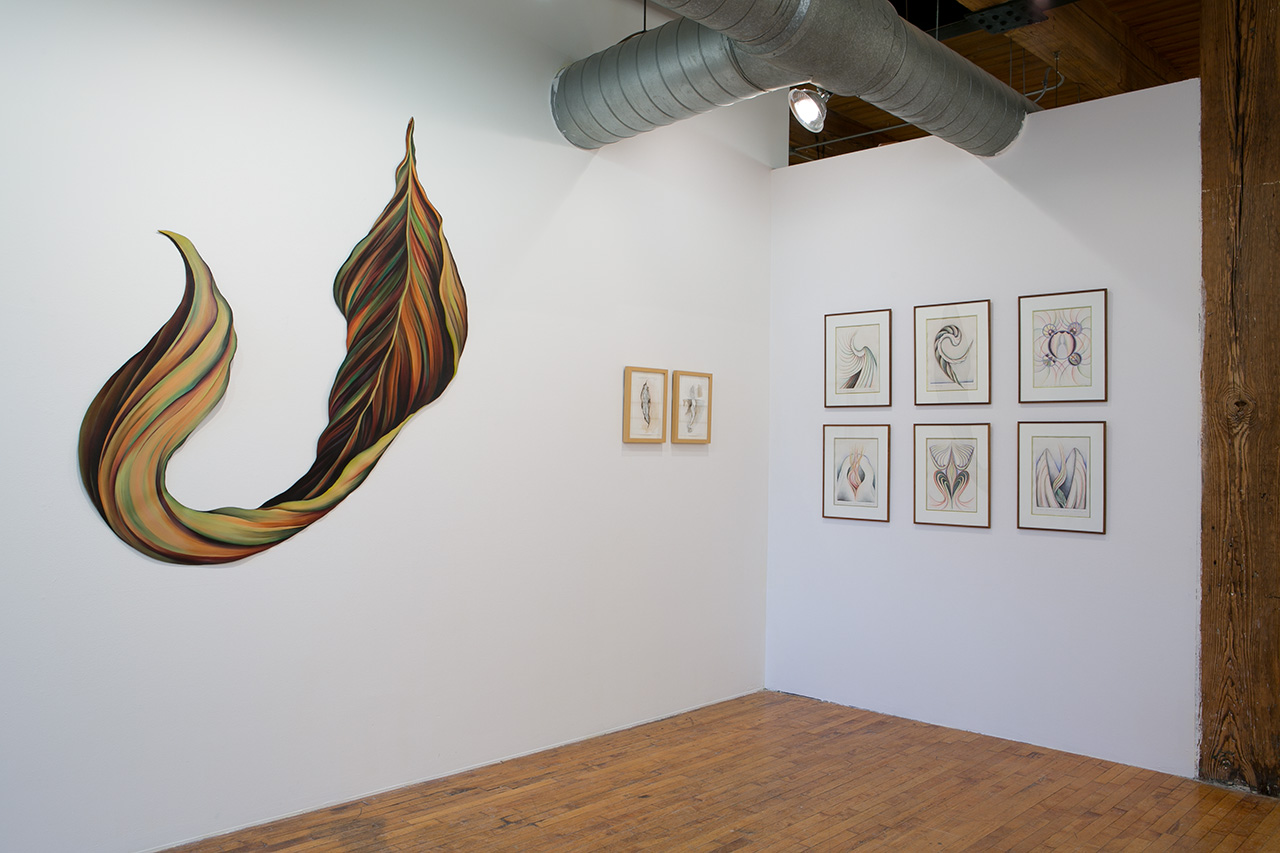 The comedian Brian Regan once recalled describing his symptoms to the doctor: “It feels like everything on my inside wants to be on my outside.” Switch that from physical to emotional feelings and you have the work of prominent feminist, writer, teacher and artist, Faith Wilding, whose impressive sampling of her enormous life’s work is on display in a retrospective exhibition.

In 1972, Wilding participated in the groundbreaking feminist exhibition Womanhouse, the first public showcase of feminist art, in Los Angeles. There she performed “Waiting,” a highly influential piece that continues to have resonance today. Wilding’s work has been shown in major feminist art exhibitions over the last forty years and continues to hold sway in contemporary feminist discourse. Because of her accomplishments, the Women’s Caucus for Art is awarding her a Lifetime Achievement Award.

A five-foot confident swoosh, the painting “Red Tongue” (1979), oversees the front gallery, a solid opening act to the show.

In the next gallery a series of teardrop watercolors (from 2009) drip down the wall, describing grief within their soft gradients and tiny poetic captions. 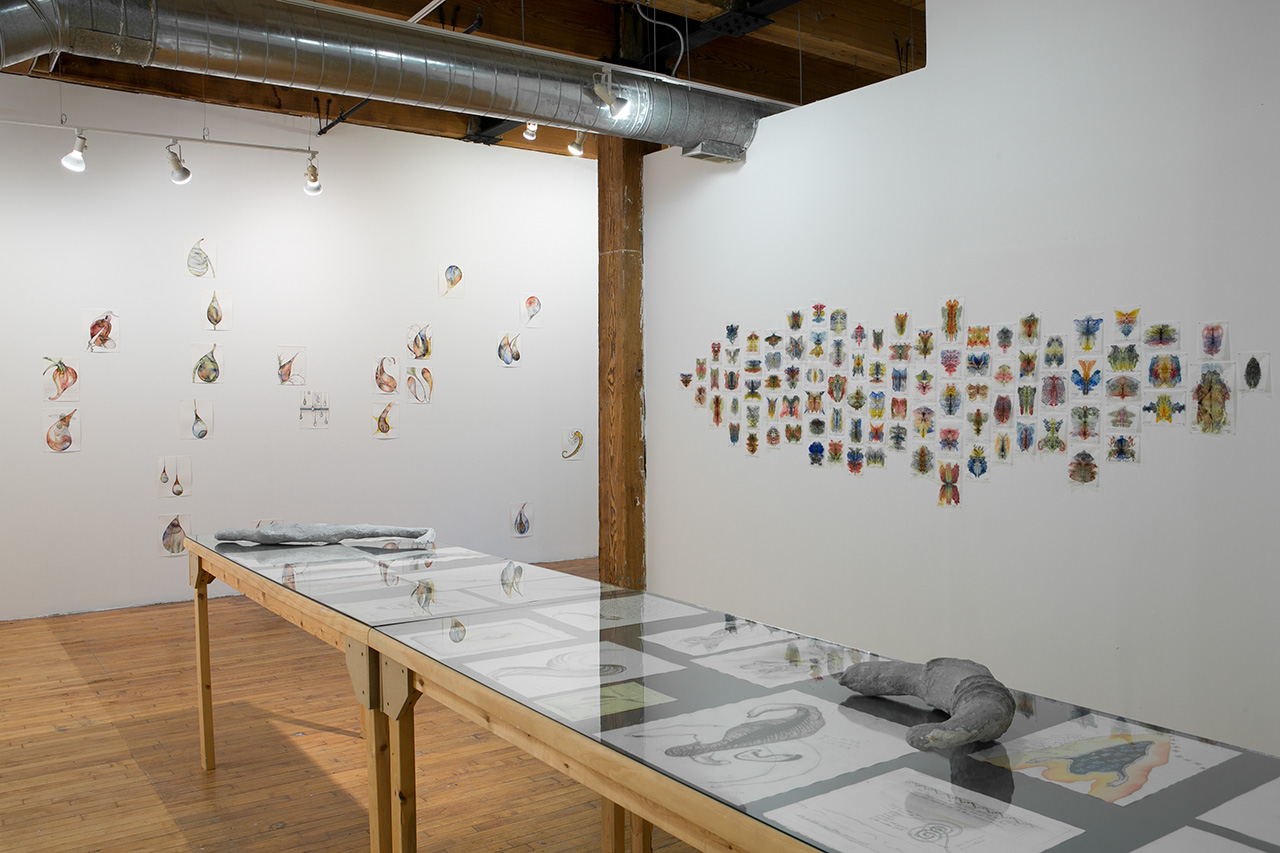 A quilt of rainbow Rorschach squares flutters on another wall. Ninety-two little prints from 2013 on paper-thin surfaces encourage not individual interpretation, but an understanding of them as a body, fragile yet humming with life.

Two large wash and graphite drawings on paper reflect upon one another from both sides of a wall. Each depict headless female figures with prominent breasts, ribs and vaginas, partnered with emptied outfits, suspended in blank space. The bodies wait, helpless and vulnerable, next to garment ghosts.

Throughout her career and to the present, Wilding continually turns herself inside out. To do so requires a well-armored skin and a wide-open heart, both of which she has in abundance. (Amy Zahi)

Through February 22 at Threewalls, 119 North Peoria.