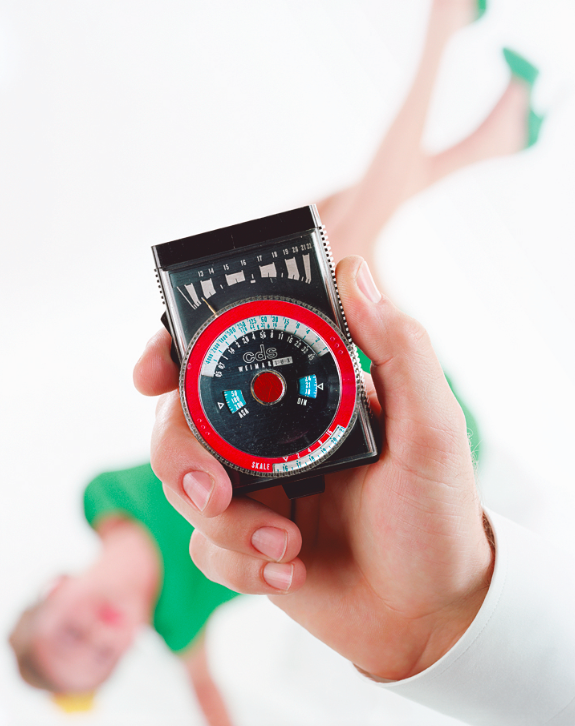 Don’t look for earnest street photographs here. This art is based on research rather than on sentiment. Even so, an aesthetic emerges—cool, peevish and smart. Christopher Williams was born in Los Angeles in 1956, and is currently professor of photography at the Kunstakademie Düsseldorf. Although he has had several exhibitions in Europe, this is his first American museum retrospective. Williams is a second-generation Conceptualist; his teachers included masters John Baldessari and Douglas Huebler.

Despite the diversity of artworks (early photos, text panels and appropriated imagery) what ties everything together here is the theme of production—in industry, in photography and even in display. It should no longer shock that many of Williams’ photographs, including the famous image of a tipped-over Renault (shades of Paris in 1968), were actually taken by a professional at the artist’s orders. 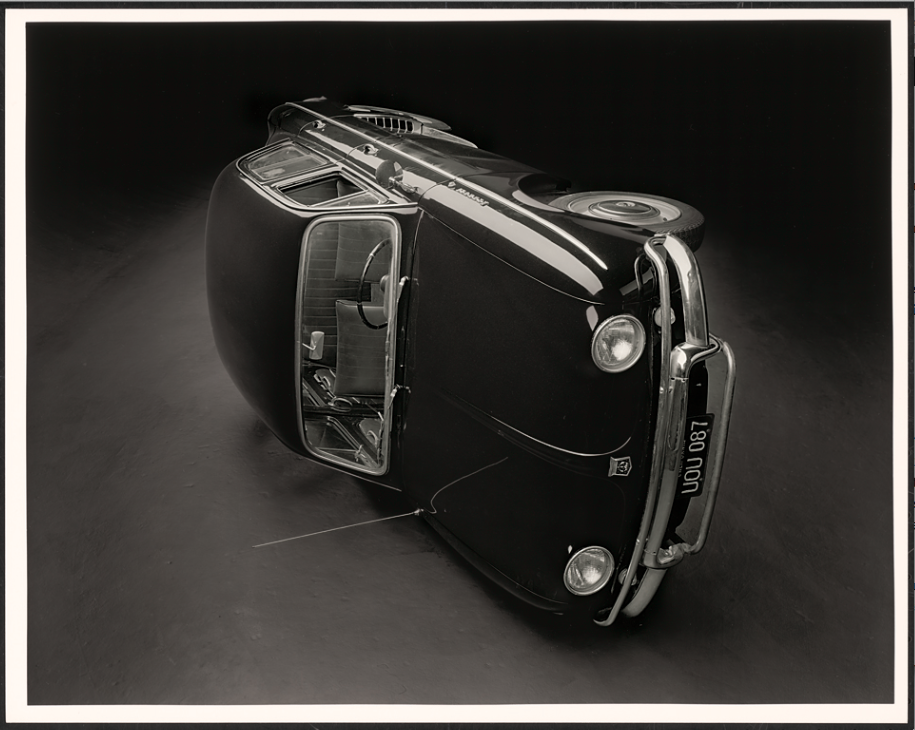 Look for a printed invitation to a government auction of unclaimed photographs, a picture of a green striped ceiling panel from a 1979 Daniel Buren installation, and an engineer’s doodle on an ancient filing card. A quirky photograph of a smiling African man in a white shirt has a deep political back story—the shirt and the camera he holds were made by companies in post-colonial Germany. And a picture of flowers in an otherwise empty gallery is actually a tribute to deceased fellow Conceptualists. Bright industrial yellow paint glows throughout the exhibition sites, and an advertising image of a Michelin tire appears repeatedly. Williams frequently takes the medium of photography itself as a subject. One sees several photographs (of photographs) of cameras. Those that show them cut in half—guts exposed—are Conceptualist metaphors for the untrustworthy medium that defines our time.

Curator Matthew Witkovsky, working with the artist, presents the show with imagination and courage. Museum rules are seriously destabilized here. The exhibition exists in three separate areas of the AIC’s campus. Framed photographs float in empty wall space. Museum labels are nowhere near the objects they describe, and are maddeningly dense.

It’s not easy art, but Williams is an important artist, and the show is well worth seeing. Like an intricate movie, it demands the viewer’s full attention and perhaps a bit of advanced reading (the brochure and catalogue are helpful). On your next visit to the Art Institute, luxuriate in Williams’ crackling networks of language and imagery. (Mark B. Pohlad)

Through May 18 at the Art Institute of Chicago, 111 South Michigan.