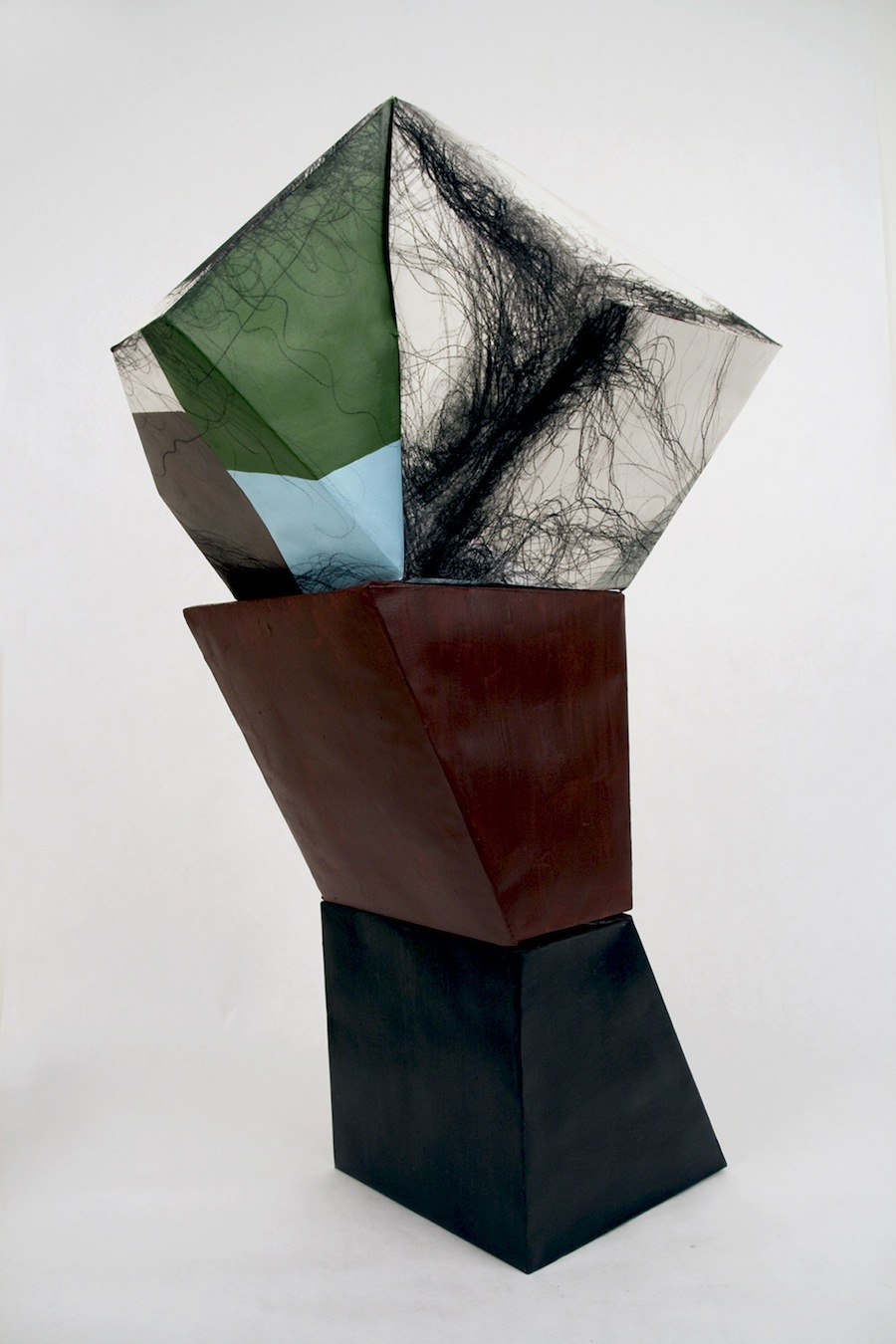 About half of the seventeen pieces in Monica Rezman’s exhibition “The Pollen Path” are straightforward acrylic and charcoal works-on-paper. Those familiar with this Chicago artist’s oeuvre will note that, though her driving obsession with hair is still present, it’s not always front and center. In this show, the black serpentine marks that once appeared to be her works’ sole raison d’être are tempered by the inclusion of flatly colored geometric shapes.

Cool blues, greens and the odd yellow or brown rectangle punctuated by dashes of brilliant orange collide head-on with lines that might just as easily be mistaken for cobwebs; together, they energetically scramble for position on the picture’s surface. There’s a simplicity to the arrangement in these drawings that translates as confidence rather than a lack of ideas. It’s the artist’s relationship with space, in contrast to what the accompanying statement describes as “rituals of femininity and the beauty industry,” that is the primary motivation here.

Perhaps the most striking examples of Rezman’s investigation into our shared ether are her untitled three-dimensional paper forms. These geometric works share their two-dimensional counterparts’ unpretentious contrasts between color and value, line and shape, with the added beauty and symmetry of something resembling a Platonic solid. Whether stacked or placed horizontally, the union between their surfaces’ illusory space and their volumes’ occupation of actual space is compelling.

With virtually all of the pressing formal challenges associated with two-dimensional abstraction solved last century, Rezman addressing the interstitial zone separating painting and sculpture seems a natural direction for an ambitious artist to pursue, and one capable of renewing a tradition of abstraction content to rest on its laurels. (Alan Pocaro)