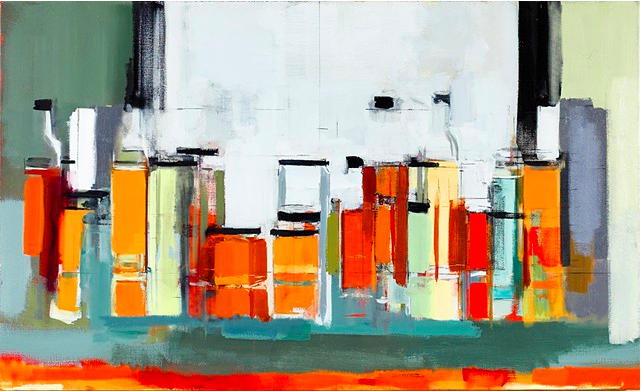 Peri Schwartz likes to paint bottles—not the curvaceous, off-white, mysterious kind painted by Giorgio Morandi, but the straight-edged, clear glass kind that reveals the solid bright colors of the liquid within—predominantly red, orange and yellow. She began her career with confrontational self-portraits back in the 1970s, and she seems to be continuing that project without the outer anatomy. Isn’t each human body an assembly of liquid filled containers? Schwartz’s rectangular containers are tightly ordered, but still there’s a restless quality suggesting that she’s never quite satisfied with them. 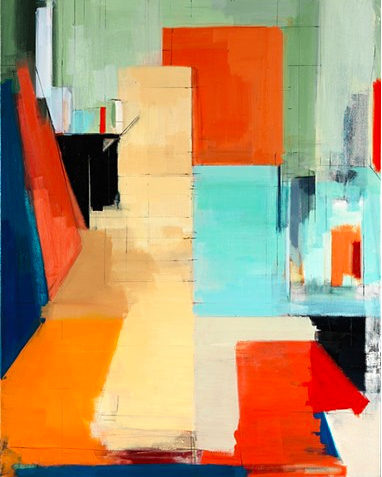 What really excites Schwartz is the studio—a large, high-ceilinged workspace. Daylight pours in from the window, and it’s humming with activity, including those carefully arranged rows of bottles that will end up in her watercolors. It’s these views of the studio executed in either oil or charcoal that are the highlights of this show. She joyfully measures space, tone and color in dynamic, large flat patterns, much as Richard Diebenkorn once did. The space may feel wide open, but it also converges toward the center. Nothing else appears to fascinate her so much as working, and there’s no place she’d rather be than the studio. (Chris Miller)