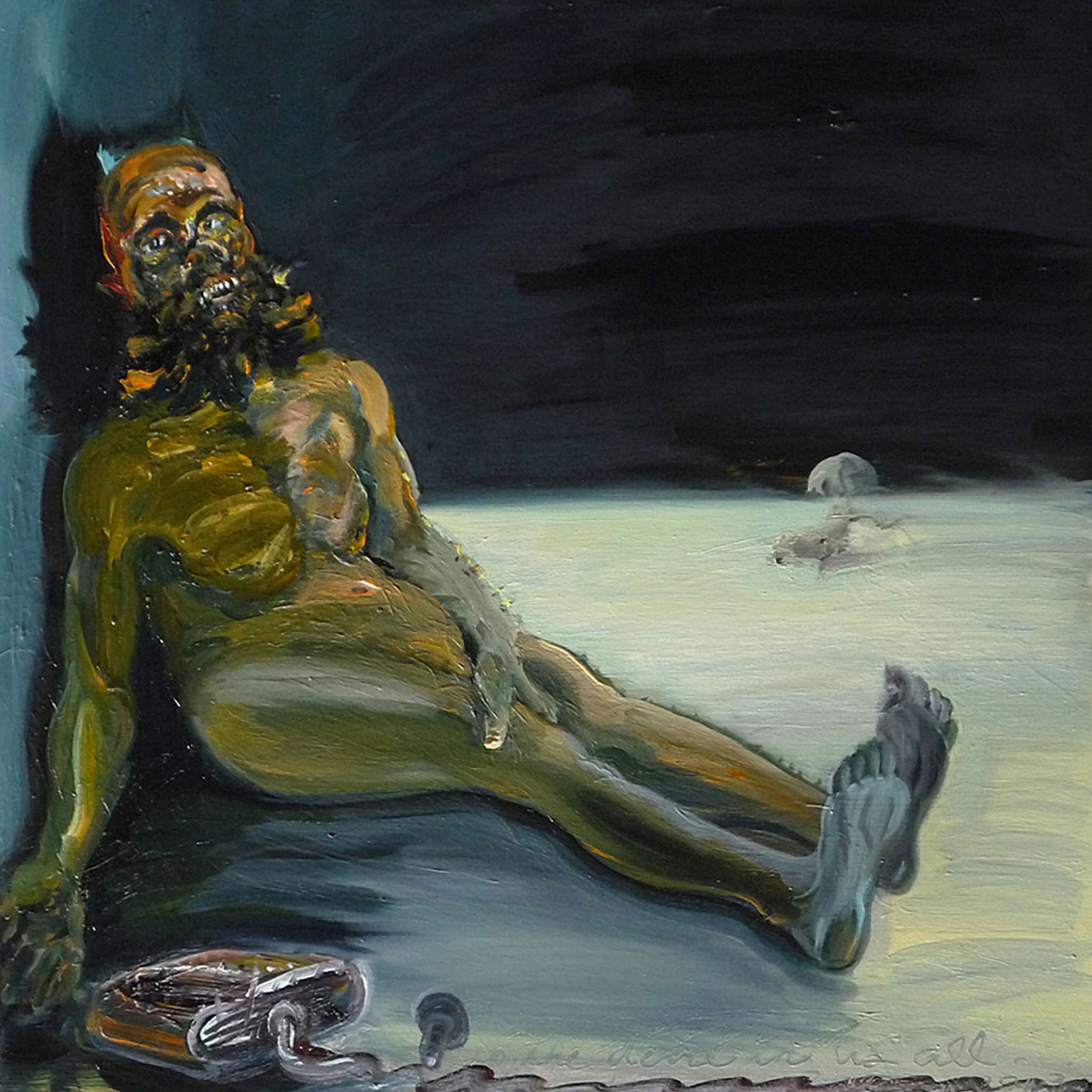 “Wow! That’s wild,” seems to have been the thought behind each of Jeff Britton’s oil paintings. It could have been provoked by a huge construction crane parked outside Britton’s studio window, or by Peter Paul Rubens’ painting of “Saturn Devouring His Son,” or by the ragged edge of a weather-blasted field in winter. The artist doesn’t seem to be pursuing any particular direction other than a need to depict whatever has grabbed his attention. He likes to be grabbed—and then aggressively push back with a brash, expressive, gutsy expression in oil paint. Nervous, spontaneous dabs of paint are more dramatic on smaller panels, so several of these pieces are less than ten inches on a side. 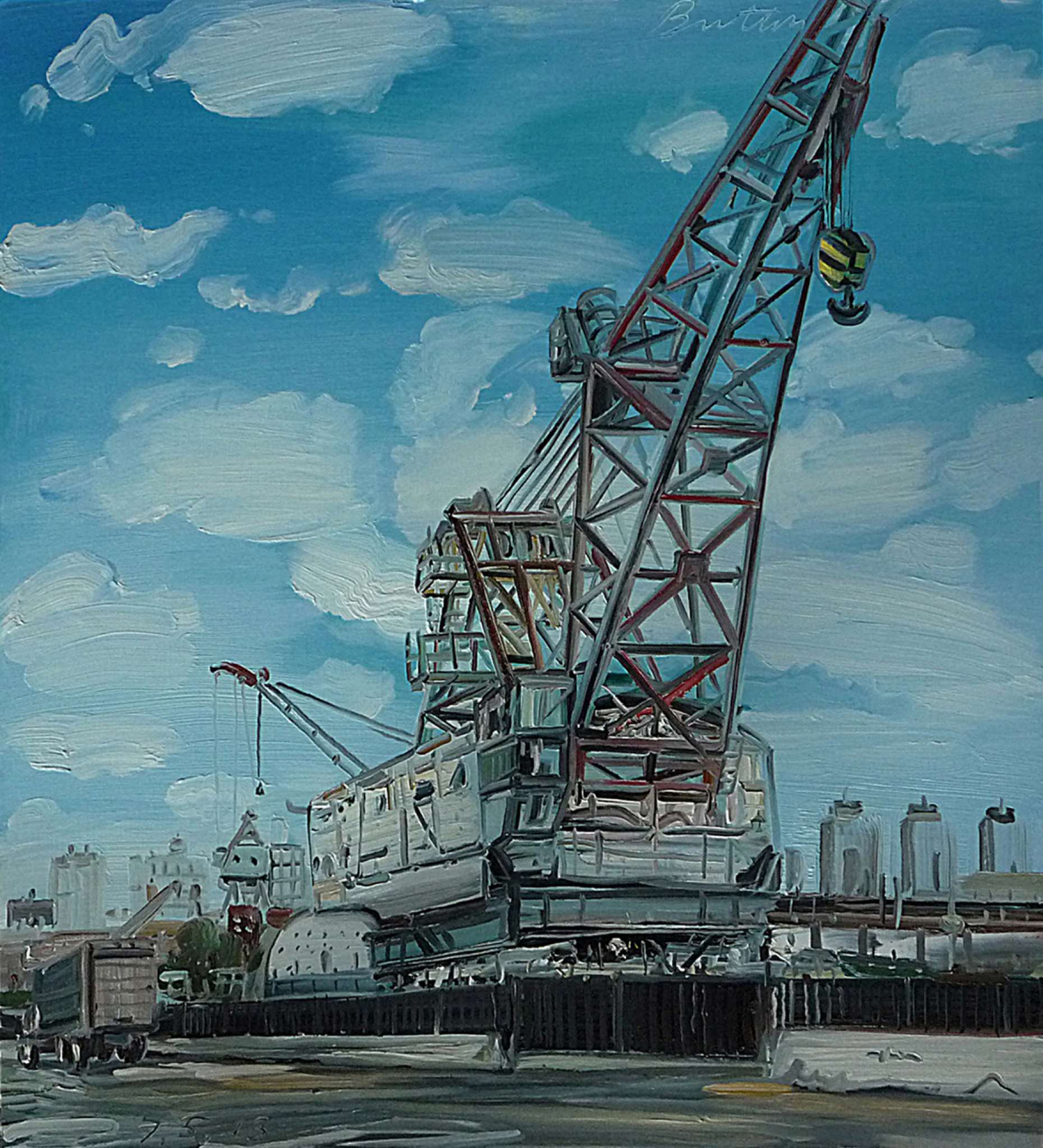 Britton’s interests are exclusively masculine. He likes the outdoors, the power of nature and industry, and judging from his depiction of a “Drunken Devil” he likes to drink heavy or at least is familiar with those who do. His touch is very precise, but there is nothing delicate or precious about his work. And no women are depicted in this show. 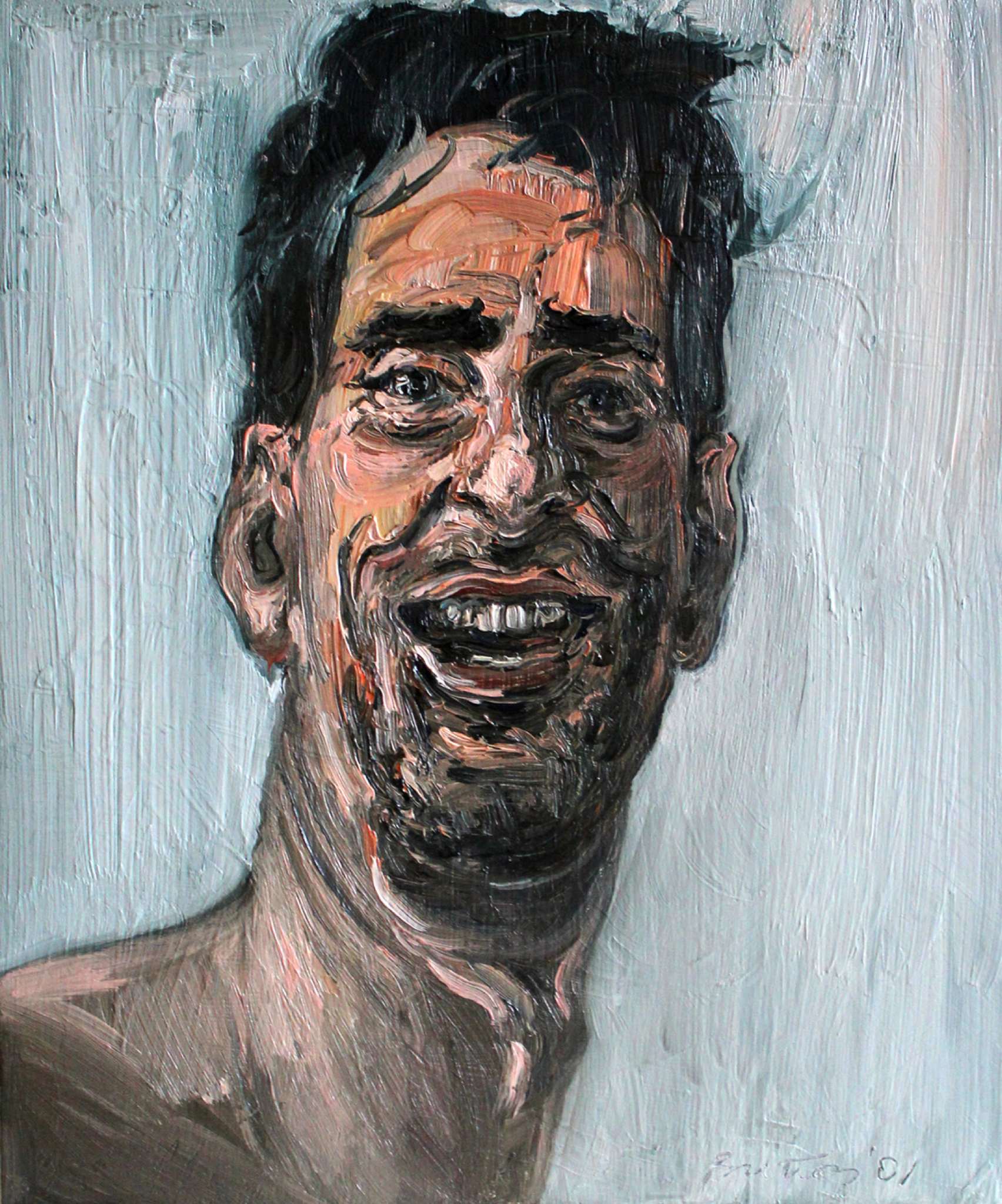 As Britton explains his ambition to make art, it began with library books about the Old Masters, and his current work, done twenty-five years later, confirms a life-long attachment to the dynamic designs in one-point perspective that are the legacy of great European paintings from the sixteenth and seventeenth centuries. Such designs carry over into book-sized reproductions, even if many qualities of line, tone, color and scale are lost in that reductive process. The delicious stillness and transcendent wonder of an original Titian cannot be found on the pages of an art book, but Britton seems more interested in bearing witness to a disruptive, devil-may-care kind of energy. His laughing self-portrait seems to be saying, “Yup! It’s a crazy world out there, dude.” (Chris Miller)