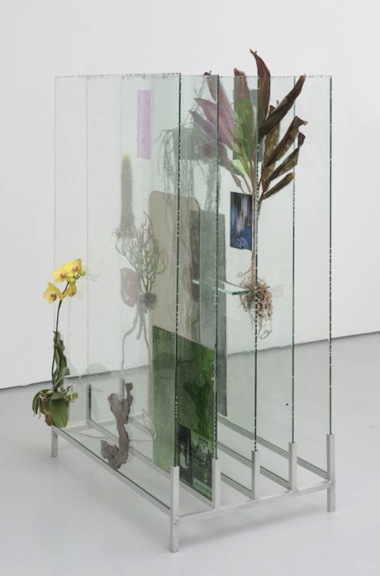 On an afternoon in June of 1936, the Museum of Modern Art opened what was perhaps its most delicate, if not most abbreviated temporary exhibition—“Edward Steichen’s Delphiniums,” MoMA’s first and only flower exhibition, on view for a mere week. The entirely unique breed of delphiniums were hybridized by Steichen, an influential photographer who would eventually direct MoMA’s department of photography, whom few recognize as a comparably influential horticulturist. Today, the legacy of his eponymous exhibition is brokered strictly through photographic and archived printed matter. Steichen’s exhibition is remarkable in its attention to the temporal nature of the exhibition format and a subsequently acute dependence on future access via the archive. What relevance might this exhibition have as a wide interest in archives emerges throughout contemporary art practices? If nothing else, the charmingly literal presentation of temporality in “Edward Steichen’s Delphiniums” provides a discrete commentary on the mechanisms through which varying cultural formats are registered into recollection and, appropriately given Steichen’s disposition to photography, the absolutely central role of lens-based media in the development of contemporary archival practices. Naturally, “Edward Steichen’s Delphiniums” is the dedicatee and point of trajectory of Heidi Norton’s “The Museum Archive,” a sculptural work of glass, resin, plants, photo gels and film negatives, and the apex piece of her solo exhibition “to Threptikon.” The work is in itself remarkably photographic, encasing its subjects between five large parallel-mounted panes of glass, suspending sourced images of Steichen’s delphiniums alongside other real plant matter. Resembling exploded petri dishes or stacked slide transparencies, the fragile displays of “The Museum Archive” are quarantined between paned glass, collapsing five planes into a single image from an anterior view. Similarly, four adjacent pigment prints display varying plant types, densely overlapped, pushed to the fore, flattened against the photographic plane as if captured by a flatbed scanner. Not only an idle attempt at preservation, “to Threptikon” speaks to a wide interest in alternative (and in Norton’s case, natural) systems of exchange, cognition and life. Rife with curiosity, “to Threptikon” also carries a timbre of mortality. The innate temporality of Norton’s subjects is negotiated through the recurring use of paned glass, a proxy for photographic processes: the lens, the eye, a reflection of that which has passed. (Pat Elifritz)