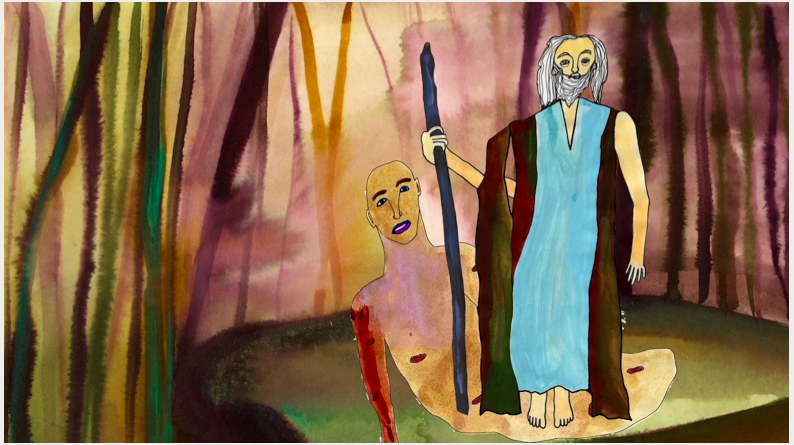 I trust artists who upset me. I like to feel confused. There is so much I don’t know, and so much to learn.

This was my way of mind after watching the fifty-three minutes of Steve Reinke’s video “Rib Gets In the Way” at the 2014 Whitney Biennial. The important survey of contemporary American art features a record number of Chicago artists, including Reinke, a professor of art at Northwestern University who premiered an epic, unsettling video artwork. It is essentially a nature documentary—human nature, that is. Narrating with the cadence and candor of Carl Sagan, Reinke tours the black market of the soul. Behold, he seems to say, this is how to make art as a prophylaxis against death.

I wish my review could solely be about Reinke’s video, for the more I revisit it, the more it wrenches my brain and heart. There is so much art to like in this edition of the Whitney Biennial, a packed exhibition with as many points of entry as there are complicated objects. Reinke’s video exemplifies a type of emotional intelligence demanded by many of the works on display. The energy to observe these artworks could equal the labor of their creation. Viewing the exhibition is like unwrapping a hundred psyches by a hundred artists. 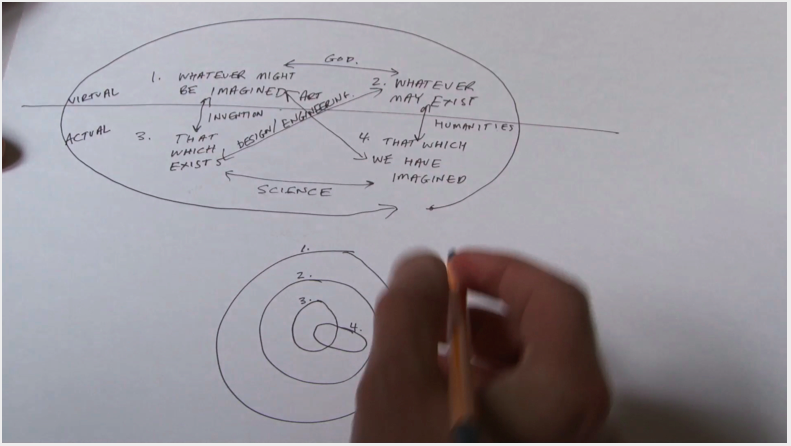 Obviously and necessarily, the total exhibition of many artworks will seem dated by the next edition, or even in the next minute. What is supposed to be a survey of the best new art in the U.S., the Whitney Biennial manages to highlight some profound aspects of handmade knowledge. Here we have one-hundred artists grappling with their place in history. Here we have one-hundred bodies fighting so many nasty institutions, from the art world to global capitalism. Here we have one-hundred disavowals of community (that sneaky buzzword) in a post-identity-politics landscape populated by inventive, imaginative, self-empowered beings who are just trying to keep their shit together despite so many awful odds against artists and art.

The old maxim “the personal is political” is a durable cliché but works wonders here; it might be the exhibition’s unofficial main theme. It’s especially useful when getting into the rough details of each artwork, where hyperlocal, rather than hyperlinked, concerns drive the conversation forward, if one is willing to sit awhile and listen. Fortunately, the 2014 Whitney Biennial is not a show to breeze through. Do so, and you risk missing the whole purpose of visiting a museum. 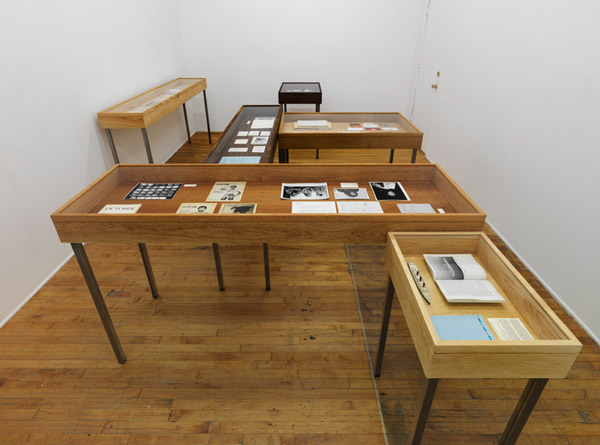 Ultimately, I think my readers want to know how the seventeen Chicago artists fared in this show. What did Chicago bring to the game? Was there a distinct Chicago flavor? I’ll avoid that kind of generalized provincialism and refrain from defining anything as futile as a Chicagoism, as it (whatever it is) was not present in this show. Instead, the Chicago artists were highlighted in the context of national conversations in art making. Chicago art has never felt less Chicagoan than in the Whitney Museum’s iconic galleries.

Anthony Elms’ curated floor is inventive and intelligent. It includes Reinke’s video, and diverse creative genres, including the visual, literary, poetic, theatrical and musical, as if to acknowledge the multilingual creativity of today’s artists. This section also includes Elijah Burgher’s drawings, a highly anticipated platform for this artist, but Burgher’s special narrative was not adequately represented here. Perhaps it was the wrong four drawings, in the wrong order, to tell his story. 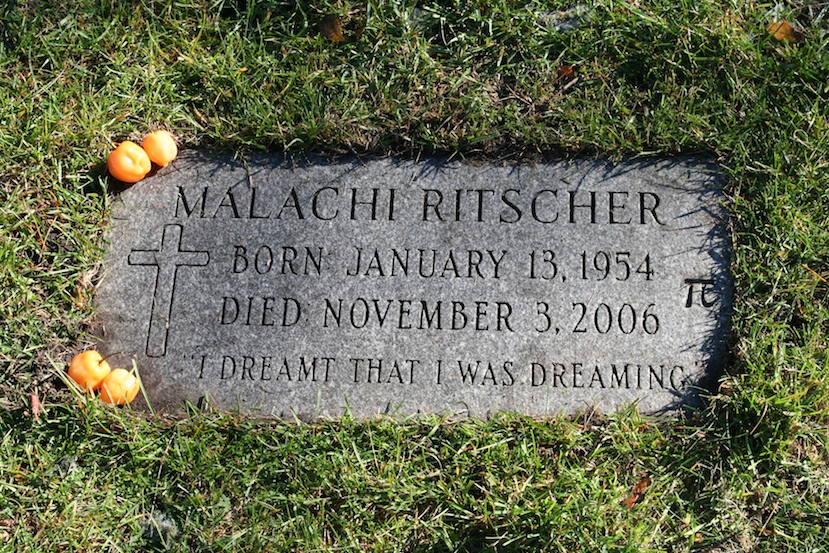 A heavy dose of archive-oriented artwork was present on Elms’ floor, including the Gregory Battcock archive as presented by Joseph Grigely (shown in Chicago in 2009 at Rowley Kennerk Gallery), and a Malachi Ritscher memorial presented by Public Collectors. “What we need is a mobile army of termites of cultural producers to infiltrate every archive,” says Reinke during his video narration, and these several (and other) artworks proved that the archival and archive-intervention impulses in art are heady, affective ways to counter cultural amnesia. In total, Elms’ bookish approach to art made me miss his work at UIC’s Gallery 400, where he curated for many years before moving in 2011.

Michelle Grabner’s floor was a sprawling funhouse of abstract painting, arranged marriages among unlikely artworks, and provocations to formalist and conceptualist methods. Grabner’s section makes sense if you can imagine the museum has invisible walls. It is a constellation of counterbalanced propositions: highly skilled versus deskilled, institutional critique and studio pleasures, the nascent and the necrophiliac. 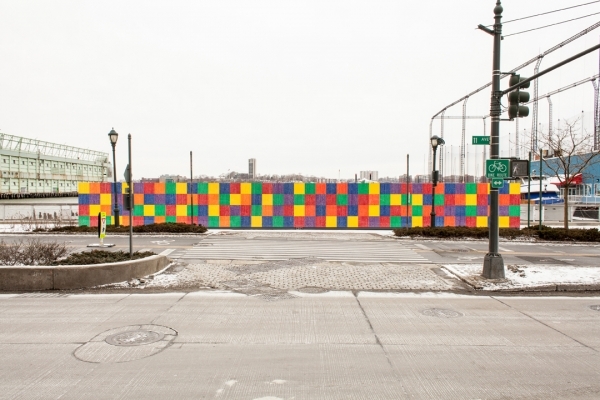 Tony Tasset’s offsite “Artists Monument” of nearly 400,000 artist names was an unsatisfying pilgrimage to the Hudson River. It would have been just as successful as a thought experiment. Likewise, several of Grabner’s inclusions used their opportunity to be a Whitney Biennial artist to ponder that very condition. Diego Leclery exiled himself to the museum’s frigid open-air courtyard to play a computer game every day of the exhibition, and Gaylen Gerber is rotating in three other artists during the show’s run, two of which, unfortunately, have already been in previous biennials. These types of strategies overthink the ritual of being “in” or “out.” There are already too many VIP guest lists in the art world.

I noticed the exhibition’s curators giving prestige, perspective and power to artists who make capital-a Art and some who don’t. It’s the perfect time to discuss why artists should be given this power, and the kind of art world we’d ideally like to inhabit.

Through May 25 at the Whitney Museum of American Art, 945 Madison Avenue, New York.

1 Comment
Inline Feedbacks
View all comments
What You Should Have Noticed in March 2014 : Bad at Sports

[…] everything but the most explicit in the rare to publish first. In Chicago, Jason Foumberg’s review for NewCity condensed his week of repeat viewings into just a few hundred words, celebrating Steve Reinke’s […]