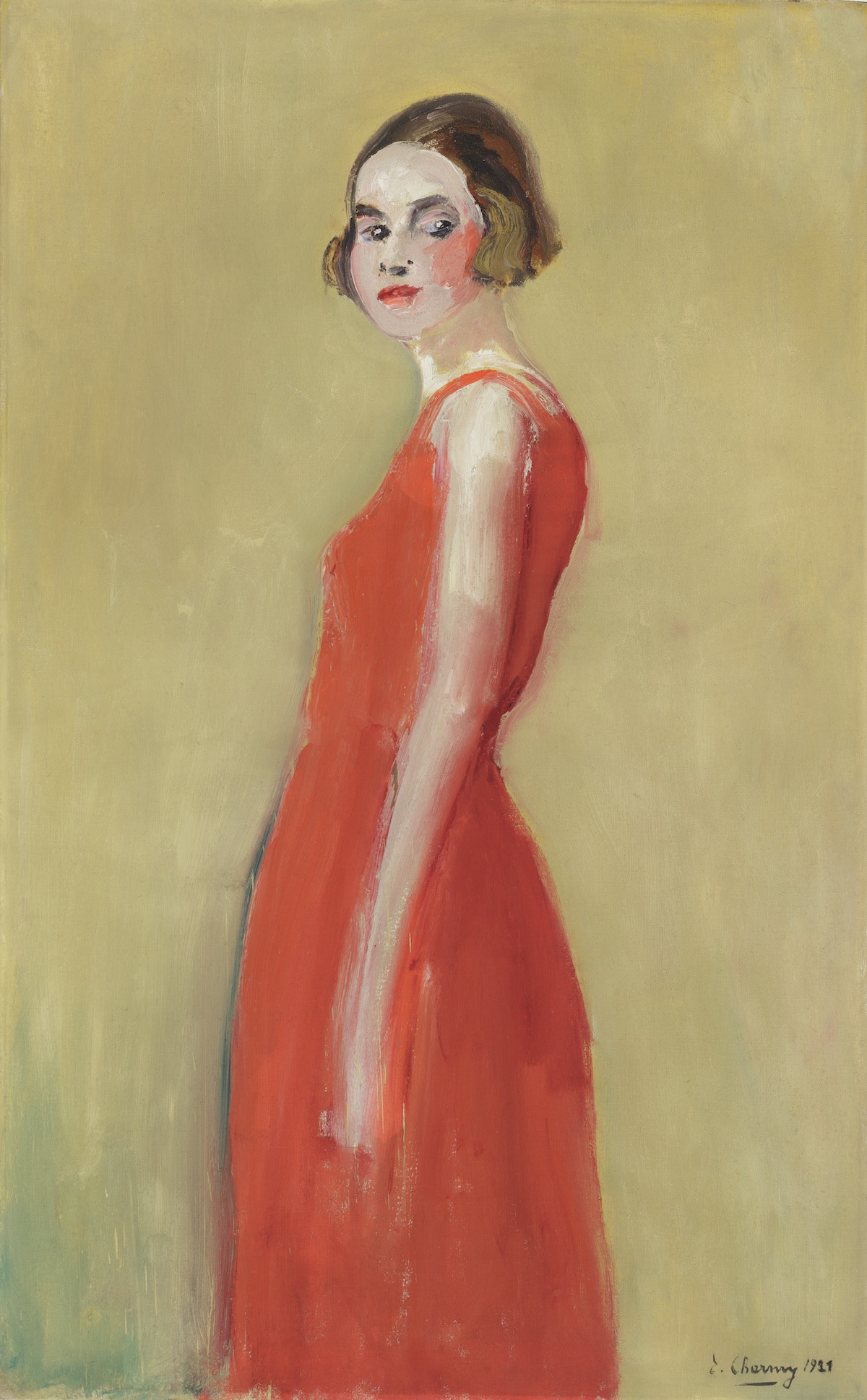 French Modernist painters were no less interested in the female nude than their classical predecessors, so quite a few iconic artists including Manet, Renoir, Cezanne and Matisse were included in a 1922 exhibit in Paris entitled “Le Nu Feminin.” Most of the collectors and celebrated artists at that time were men, so the subject was typically idealized, mystified or sensualized, i.e., objectified. But one artist in that show, Émilie Charmy, saw the attractive female body as her own, and that approach continues to be an anomaly in this genre. Her nudes are no less attractive, but they are more about a sensual woman’s personality than a man’s fantasy.

This is the first Charmy retrospective to ever be organized in the U.S. (by the Fralin Museum of Art at the University of Virginia), and it makes you wonder why it took so long. Her painting feels loose and spontaneous, but when you look close up, the strands of brushed color are as clear, distinct and perfectly located as the threads in a tapestry. Her techniques always seem improvised to serve an image, rather than the other way around.

Also fascinating are her self-portraits. There are at least five in this show. In her thirties, she may open her shirt to show us she is sexy, or she may put a hand to her chin in a gesture of probing thought. In her fifties, we see a woman burdened by responsibility, and as she turns seventy, we can barely see her face at all, now buried in patchy layers of makeup. She did not like growing old, and her later still-lifes also reflect the transformation from youthful exuberance to grim maturity.

Her life and career (1878-1974) begs for comparison with that of her contemporary, Pablo Picasso (1881-1973). This exhibit includes an interior scene of nude women in a brothel, done about five years before Picasso’s “Les Demoiselles d’Avignon,” as well as an insightful portrait of her dealer, Berthe Weill, who bought some of Picasso’s very first paintings when he moved to Paris. Why did the one become as famous as Rembrandt, while the other is known only to specialists? The relative status of gender, and gender-related attitudes might not explain it all, but it would come close. (Chris Miller)

Through May 17 at the Arts Club of Chicago, 201 East Ontario.