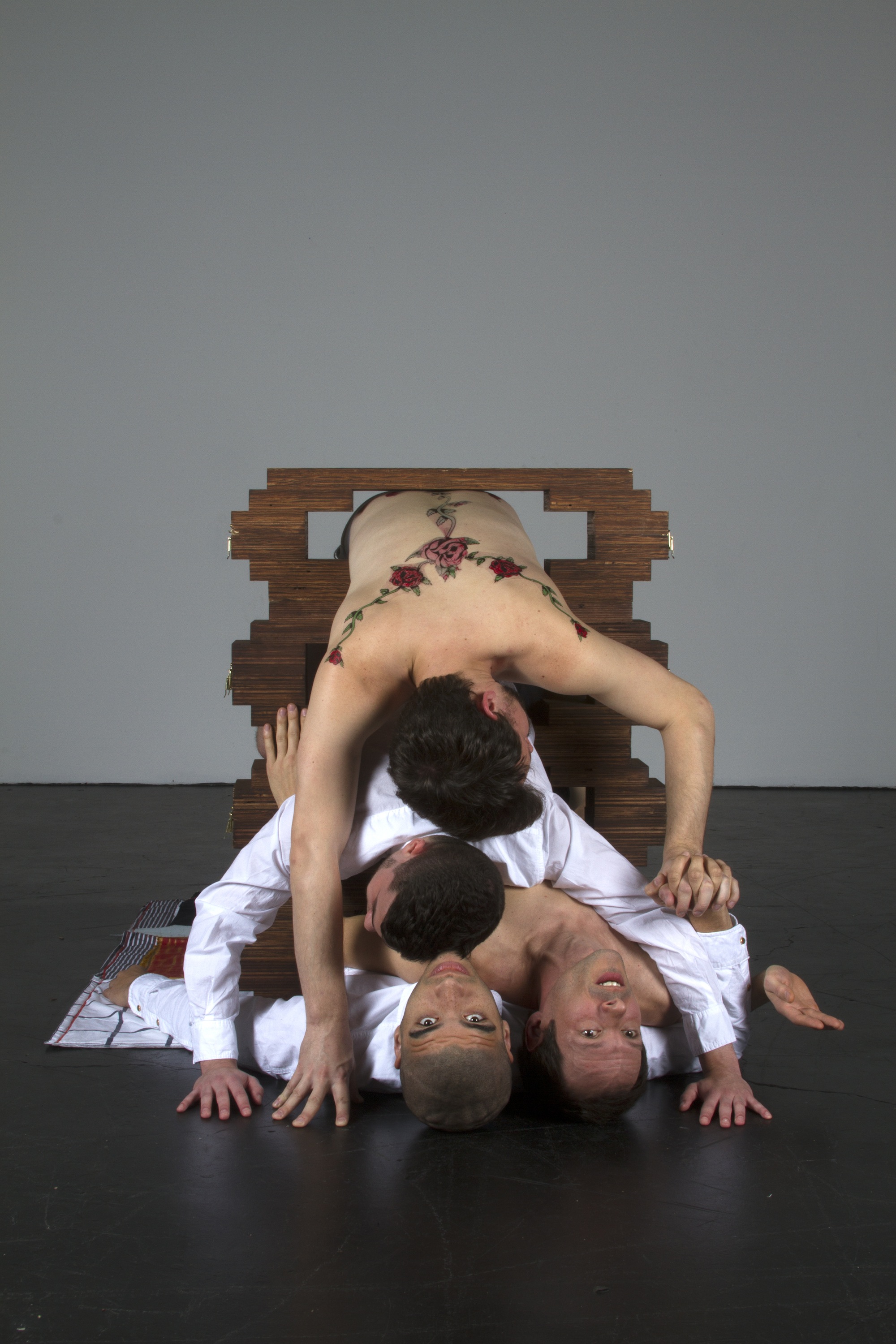 In advance of this densely conceptual, multimedia performance, I interviewed Judd Morrissey and Mark Jeffery, ATOM-r’s progenitors. “In some ways ‘The Operature’ is deeply controlled and yet is luscious and intimate and gasping in its restraint to hold onto the deep desire to have and to hold another male body,” says Jeffery.

They began with research, probing into Samuel Steward’s “The Stud File,” a record of the former Chicagoan’s sexual exploits, as well as Francis Glessner Lee’s “Nutshell Studies of Unexplained Death”—miniature tableaus of crime-scene reenactments, as well as texts from Gertrude Stein and Kenneth Anger.

Additionally, the site for the performance, at the National Museum of Health and Medicine, fostered their interest in early-modern surgical theaters, a fascination intoned in the performers’ relationships to the operating table/banquet table built for the work. It’s the nuance in the cast’s handling of these lusty and grizzly source materials that render overlaps in the information sensible. “I have been struck in rehearsal by how close, tender, sexual and brutal at times the performers have worked with the material,” Jeffery reflects.

These sensual bodily relationships with history are updated through ATOM-r’s many ways of employing technologies to generate the work through computations and to proliferate virtual overlays, such as during the eight-minute intermission when audience members are invited to use the Layar app on their smartphones to scan tattoos on the performers’ bodies, thereby unlocking additional elements of the work.

Morrissey explains, “The systems that drive our use of text and movement are computational and this makes the work variable though the overall structure is fixed—no performance can be the same as another. We use live-generated texts, and performers create movement from digitally-remixed materials. Our performances also integrate screen-based content through projection, DIY objects and mobile devices. The boundaries between performance, digital installation, and visual art can be a bit tenuous in our work.” (Matt Morris)