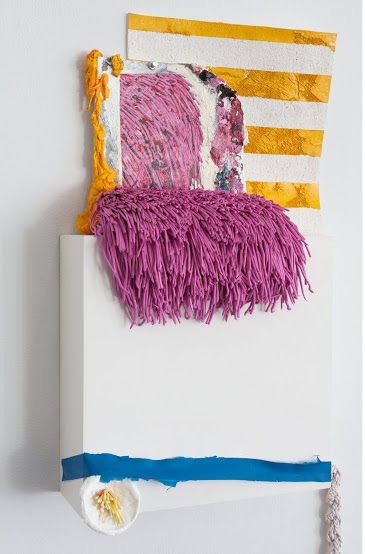 Ryan Peter Miller grew up in Georgia and moved to Chicago by way of Southern California a couple years ago. His work addresses the material of paint itself, making forms that look more like Play-Doh sculptures than acrylic paintings. He calls these “Painthings.” Coming from a traditional painting background, Miller’s relationship with the material has evolved to the point where he is now rolling entire tubes of paint into balls and forcing them through frosting guns.

Acrylic’s a silly, unique material—one of the only materials exclusively for making art. Pencils, plaster, stone, concrete. All these things have multiple functions. But when you go to the art supply store and you buy a tube of paint they’re basically saying, “Now go make art,” and I think there’s something funny and stupid about that.

I’m interested in the internal language of paint. You squeeze it out and it becomes this dense tubular form. I take that, exaggerate it, extend it and then re-manipulate it. That’s where a lot of these string forms are coming from—an exaggerated version of what’s already happening with the paint. 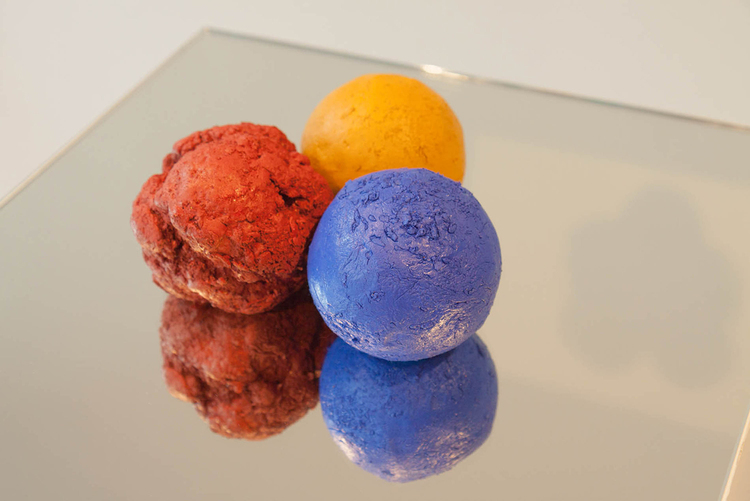 I think the paint balls might be the best thing that I’m ever going to make, because that system is so closed and tight. It’s just the artist and the material. No technique. I’m just trying to understand what happens to the material as it dries. Everything that happens to them, the different shapes they take, are all from the exact same rolling movement.

There’s something really exciting to me about what’s happening on a molecular level that we don’t see, but I somehow brought to fruition. I didn’t really do anything special. Anybody could do this, but I haven’t seen anybody do it before, and I want to do it with every single color.

We’ve gotten used to the certain tools that we’ve had to use like brushes and palette knives and flat surfaces like canvas and panels. We’ve gotten used to that as the way that paint is supposed to be used, but all of those things were innovations and I think there’s so much more space for paint to continue to do things. It’s great that it has this history, and I think that should inform what it does do and what it can do, but I don’t think that should also limit anyone into thinking only those things are possible. (As told to Kelly Reaves)

Ryan Peter Miller shows at the University of Wisconsin Fond du Lac, March 28 through May 30.