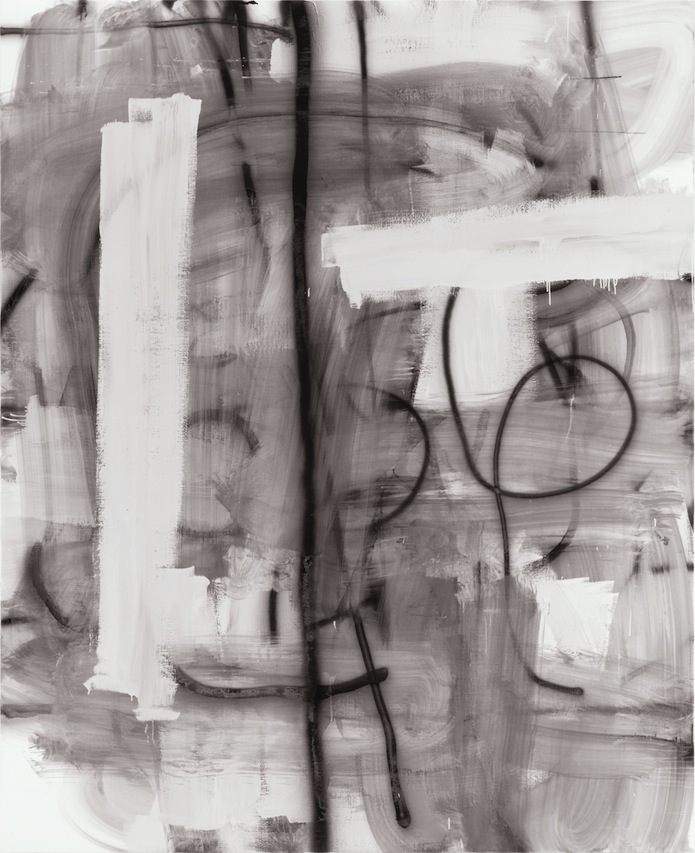 Despite embodying the aesthetic qualities at the heart of my critical bias—heroic scale, painterly drips, bold gestures, a sense of existential struggle and even a little humor—I found Christopher Wool’s recently opened retrospective at the Art Institute depressing. Having enjoyed some of his pictures in the past, I genuinely expected to leave this show feeling tipsy, intoxicated from the visual excess that only a museum-scale exhibition can provide. Instead, I felt hung over.

Boston-born and Chicago-raised, Wool has been riding a wave of critical success that trades in the kind of nihilistic how-do-you-paint-after-painting-is-dead rhetoric that may have had some currency in the late 1970s and eighties, but is past its sell-by date in 2014. The various didactic panels in this almost antiseptically colorless show repeatedly emphasize words such as “sabotage,” “negation” and “obliteration.” Whether all this “eve-of-destruction” nonsense actually informs Wool’s studio practice is debatable, but its inescapable presence definitely informed my experience of the show. By the time I reached the halfway point, I was convinced that painting wasn’t just dead, it was the victim of premeditated murder. 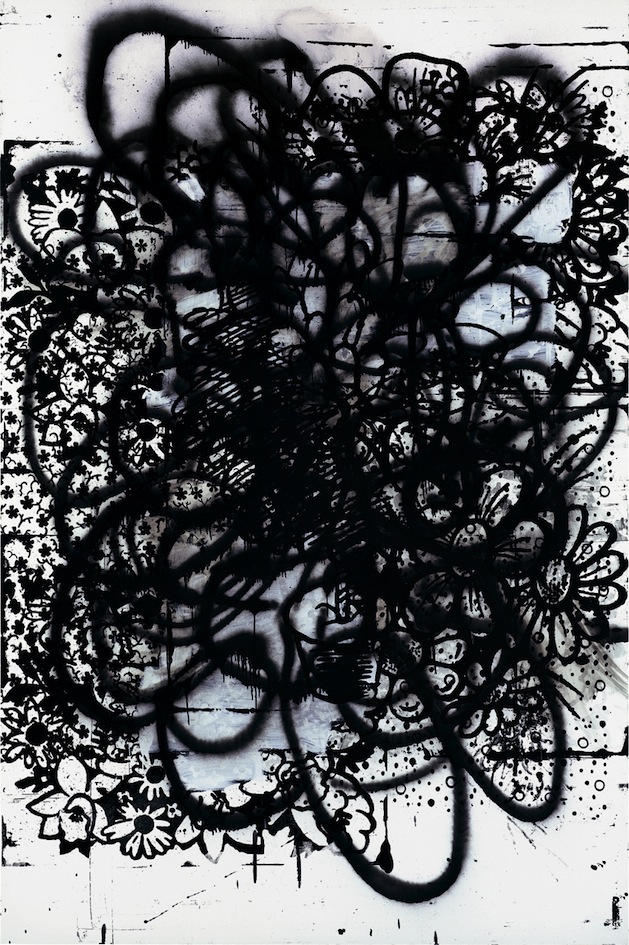 The silkscreens and floral stencils that Wool uses to methodically lay out his immense canvases are routinely smudged, smeared, painted over or sprayed out. But, unlike a city wall pregnant with tags and torn posters, Wool’s omnipresent black enamel guts the vitality that accompanies urban graffiti, leaving something more distressing in its wake. Though I’ve never made a secret of my jaundiced view toward text paintings, Wool’s numerous messages (“Fool,” “Psychotic,” “Extremist”) aren’t darkly humorous, à la Richard Price; they’re just dark.

By 2005, there’s a subtle but detectable change in Wool’s studio practice. Rather than belaboring the create-then-destroy dichotomy that defines most of his output from the 1990s, the artist zeros in on a process of spray-gun lines erased with turpentine-soaked rags. Despite the larger critical context of the show, erasure isn’t always an act of destruction; it’s also a process of clearing away falsehoods, a method of arriving at truth. The results are positive, genuinely creative, and pleasantly de Kooning-like in an exhibition where “pleasant” is otherwise persona non grata. (Alan Pocaro)

Through May 11 at the Art Institute of Chicago, 111 South Michigan.