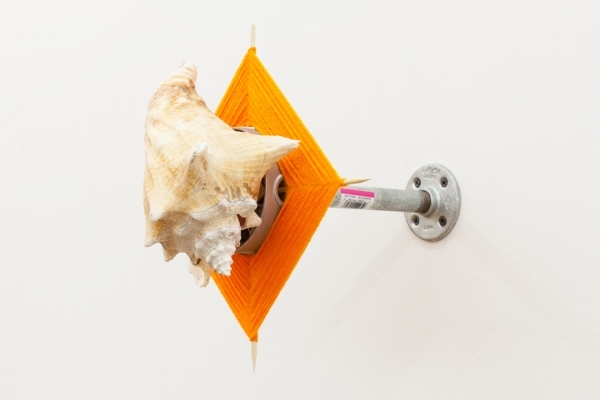 Woman Made Gallery Director Steps Down
Beate Minkovski is retiring as executive director of the not-for-profit Woman Made Gallery. In 1992 Minkovski co-founded the small institution, which is dedicated to exhibiting contemporary woman artists. During Minkovski’s twenty-two-year tenure, she oversaw the exhibition of more than 7,500 woman artists (and several men), and initiated an art outreach program called 20 Neighborhoods. The River West gallery is currently searching for a new director.

An Artists’ Grant Foundation Comes to Town
United States Artists has relocated to Chicago from Los Angeles, at the behest of new CEO Carolina Jayaram, who formerly headed the Chicago Artists Coalition. The philanthropic organization annually awards $50,000 unrestricted grants to individual artists in various disciplines, including the visual arts. Chicago artists David Hartt and Theaster Gates were both recent recipients. Artists must be nominated by a peer panel in order to apply for the $50,000 grant. United States Artists is partly funded by philanthropists, including local art collectors Helen Zell and Jack Guthman. The next round of grants will occur toward the end of the year.

Rafacz Builds a Bridge to Los Angeles
Loudhailer is the new gallery name and Los Angeles venture for Andrew Rafacz and Keith Couser, who formerly ran Bucket Rider Gallery together in Chicago’s West Loop from 2003 to 2008. (Rafacz currently runs an eponymous gallery, and will continue programming there.) The inaugural exhibit in the Culver City gallery includes mostly LA-based artists who once lived and worked in Chicago. “There has been a pretty significant and phenomenal expatriation of Chicago artists to LA,” said Rafacz on the telephone while in the airport lounge before heading to LAX. The word Loudhailer is British slang for a megaphone. It is also the title of a Rodney Graham artwork that Rafacz and Courser bonded over, which was exhibited at Donald Young Gallery. Loudhailer’s first exhibit contains new work by Aline Cautis, Amanda Ross-Ho, Bobbi Woods, Cayetano Ferrer, Erik Frydenborg, John Knuth, Josh Mannis, Patrick Walsh (JPW3), Kristen Van Deventer, Sarah Cromarty and Sayre Gomez. Next up is a solo show by Chicago’s John Opera. Loudhailer will not represent a stable of artists, but will exhibit new projects and may contain a historical program for “artists lost in the shuffle,” explains Rafacz.

Kavi Gupta Gallery Nabs Two Artists
West Loop dealer Kavi Gupta announced he added Jessica Stockholder and Mickalene Thomas to his gallery stable. The sculptor Jessica Stockholder heads the art department at the University of Chicago, and has not had local gallery representation since she relocated to Chicago in 2011. Her first show at Gupta’s gallery is slated for 2015. Collage and installation artist Mickalene Thomas lives and works in New York City, but is familiar to Chicago viewers from her four solo shows at Rhona Hoffman Gallery, from 2006-2012. Hoffman gave Thomas her first solo gallery show.

A Private Art Collection on Display
The private art collection owned by Richard Hull and Madeline Nusser will be on display at ADDS DONNA gallery in West Garfield Park. Hull, a painter, and Nusser, a journalist, collect a mix of African sculptures, paintings (by David Sharpe, Karl Wirsum, Robert Lucy, Philip Hanson and others) displayed in the tradition of the Chicago Imagists, such as at the Roger Brown Study Collection. The exhibit opens April 13, 3pm-6pm, at 4223 West Lake. And, if you haven’t been to the Roger Brown house museum, Threewalls is hosting a tour on April 6 at 2pm. See three-walls.org for info.