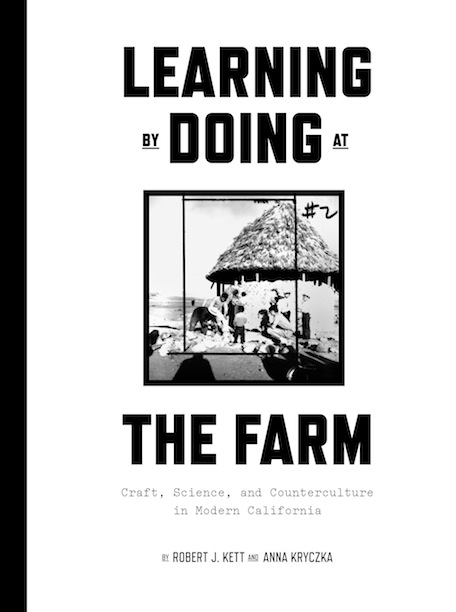 Trailing characters involved in the establishment of an aspirational interdisciplinary research site in a late 1960s pioneering Southern California, we enter the world behind the new book by Robert Kett and Anna Kryczka, “Learning by Doing at the Farm.” Students, researchers and indigenous “informants” coalesce and cohabitate space on an off-site ranch of the University of California, Irvine. Goals of the experiment include simulating native environments and possible realities. Rooted in the research of research, “Learning by Doing at the Farm” elevates the historical narrative of the loosely engineered engagements of the Farm to near sublime status, offering an aerial view that hovers between waxing counter-culture poetic and a just-out-of-reach synthesis of the relevance of events taking place there.

Having approached the book with a budding assumption that the insides reflected motivations of a new farmers movement—a personal projection of dreamed alternative living—I’m left with the word Farm ringing in my ear. Its application stands rooted in an echoed yearning for a pastoral life beyond societal confines. Its use offers cultural insight to an era when intellectualism assumed the foreminds of the dominant class, and actual farming had fallen out of sight and out of mind.

Bridging text with photographic documentation like a modern scrapbook, the effect induces a variety show of characters with competing motivations and goals. Text ebbs between passive archiving and subjective pondering, scratching the surface of conclusions drawn around the Farm. Photographs convey sentiment. An image of the backs of Mission Indians walking along the barren landscape of the Farm-to-be sits adjacent to a montage of images of the suited founding chancellor, pointing, breathing and calling to life the lines of the pervading scape. The juxtaposition blurs lines of character relations, sculpting “us vs. them” realities. 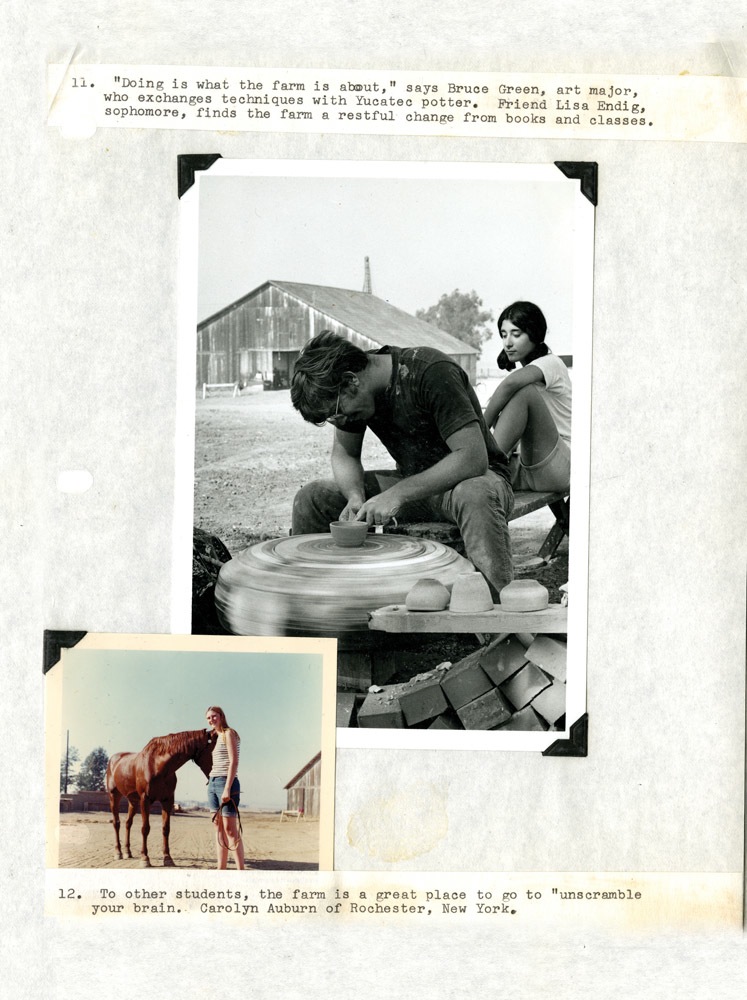 Brief quips offer glimpses at a perceived utopia. “The Farm is simply a wonderful place to be at; a place where there is so much to do, with so much time to do it in. One can throw pots, build and decorate his own house, help with the organic garden, bake bread, make flutes… or just sit around and talk with other people,” reflects Nick Lavroff (quoted from “The Social Sciences Farm: An Attempt at Evaluation”). Carrying similarities to arrangements like today’s Ukiah estate, the explorations diverge at the basis of the Farm’s foundation as an academic experiment. For how long can a seemingly free-spirited rehearsal of an ideation live in an academic forum without creating predictable realities?

The authors converge at the University of California at Irvine, as students of anthropology, art and Cold War politics. Their draw to create the book seems clear. Taking a light-footed path, highlights include eyes widened to the hopes and dreams of a craft-based cross-cultural communication system and the dissolution of the experiment. “Learning by Doing” offers a dynamic historical portrait drawn from strings of craft, counter-culture, the American west and so on. Whet your appetite with a preliminary close-reading of the images at the back of the book prior to text to understand what a passive observer might learn here. (Whitney Richardson)

“Learning by Doing at the Farm” by Robert Kett & Anna Kryczka is published by Soberscove Press, 2014.