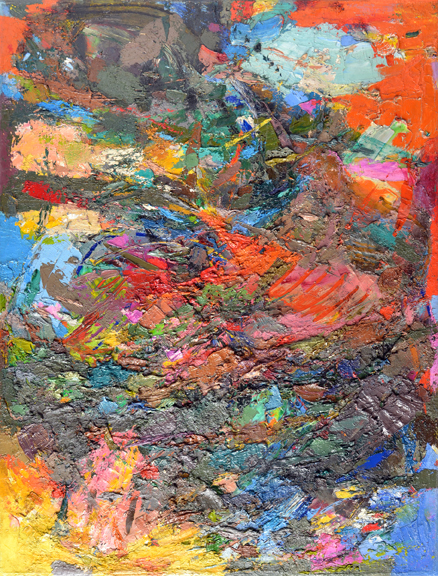 Like his friend and mentor, Hans Hofmann, Sam Feinstein (1915-2003) was a teacher and practitioner of what Hofmann called “pure painting—the rhythmic interweavings of color scales.” His work is gestural, but all those dabs of thick paint that have been drawn, scraped or pushed across the canvas seem to be less about personal expression and more like a survey of paint-based ecosystems, where each shade of color has a life and a voice of its own. There is no anxiety, semiotic inquiry or reference to popular culture. There is nothing dark and disturbed, and nothing tedious or banal. There is just the seemingly endless variety of ever-emerging and ever-beautiful creation. These are not paintings that require market validation to be recognized as valuable, and the leading American galleries at the time were moving beyond Abstract Expression. So, it’s not surprising that Feinstein no longer offered his work to galleries after 1958, and even refused to sell anything at the only exhibit he had thereafter. 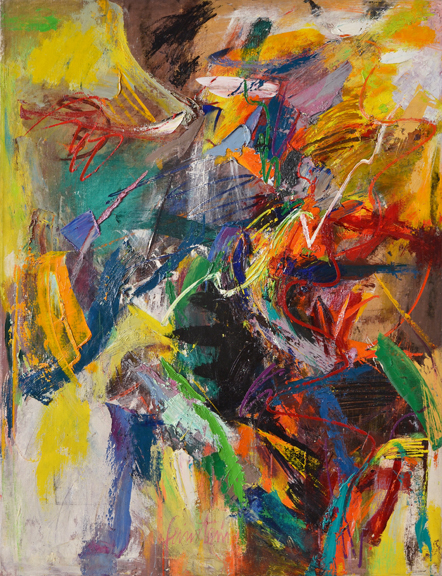 The paintings in this show all come from the 1950s. Since they are undated, one can only guess which ones followed others, but there seems to be a transition from a global, earthy eruption of postwar excitement to the operatic transcendence he would pursue in later decades. Each one feels as symphonically composed as spontaneously created. A bright, hopeful glow emerges from the dynamic harmonies of each, suggesting that with perseverance and ingenuity, every problem can be solved. Isn’t that the Eisenhower era?

Feinstein was not just a postwar American, he was also a Russian-Jewish immigrant, so he likely had an even greater sense of the freedom, opportunity and safety of his time and place. Since then, we’ve learned that serious problems exist even if you can’t or refuse to recognize them, so the positivism of these paintings feels as dated as the somber piety of the seventeenth-century. But that doesn’t make the paintings any less rapturous. They remain something to live for. (Chris Miller)