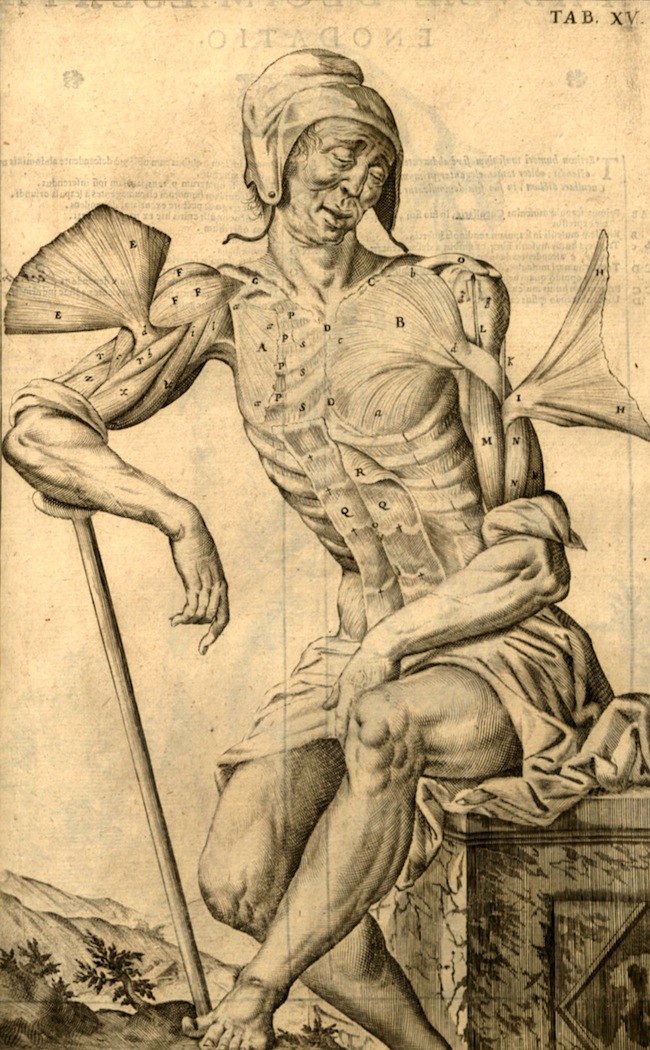 Representations of the human body can never exist apart from the cultures and technologies that produce them. Two physicians—Mindy Schwartz and Brian Callender— mined the University of Chicago’s impressive collections to produce a compelling history of anatomical and medical imaging. Their findings stress the idea that medical illustrations are products of collaboration between physicians who need visualizations as guides to their practice and for teaching, and the artists who produce them. Although the exhibit begins with a woodcut in a book by the second-century Roman physician Galen, medical illustration really flourished in France because the technologies for reproduction—etching, lithography, the workshops and the craftspeople that produced and disseminated books and fine prints—were in place to record the progress of science.

Where there are artists, imagination will creep into the territories science might like to claim for observation. A large, haunting three-color engraving by Gautier D’Agoty from 1746 of the flayed back of a woman whose head is slightly turned to be available to the viewer was called the “flayed angel” by the Surrealists. The print reveals a woman’s back, and her muscle structure, while vividly dramatizing the complications of the medical gaze. 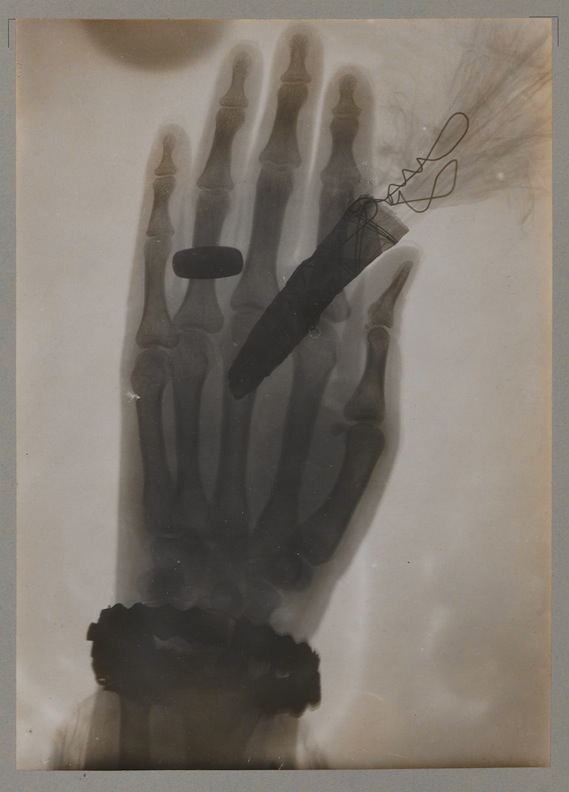 X-rays, discovered in a fortuitous accident by the German Rontgen, display images made from living people. In this case, an image of Rontgen’s wife’s hand is on view. In contrast to the full-bodied classical figures demanded by pictorial conventions of earlier periods (Vesalius is a good example), X-ray visualizations save lives, yet fragment, objectify and isolate the body along the same lines as Cubism and cinema—the viewer is invited to speculate on the implications or the problems representations pose to healing.

Prints, paintings and sculpture are displayed among books of medical illustration at the Smart Museum and the Regenstein Library. The survey concludes at the Crerar Library with what the curators call “The Body as Data.” Dense, saturated information-filled images produced by contemporary technology are dependent on the mind and eye of a person who can decode and interpret modern imaging modalities in a way that will preserve both the life and humanity of the person subject to their endlessly mediated gaze. (Janina Ciezadlo)

Through June 22 at the Smart Museum of Art, 5550 South Greenwood.