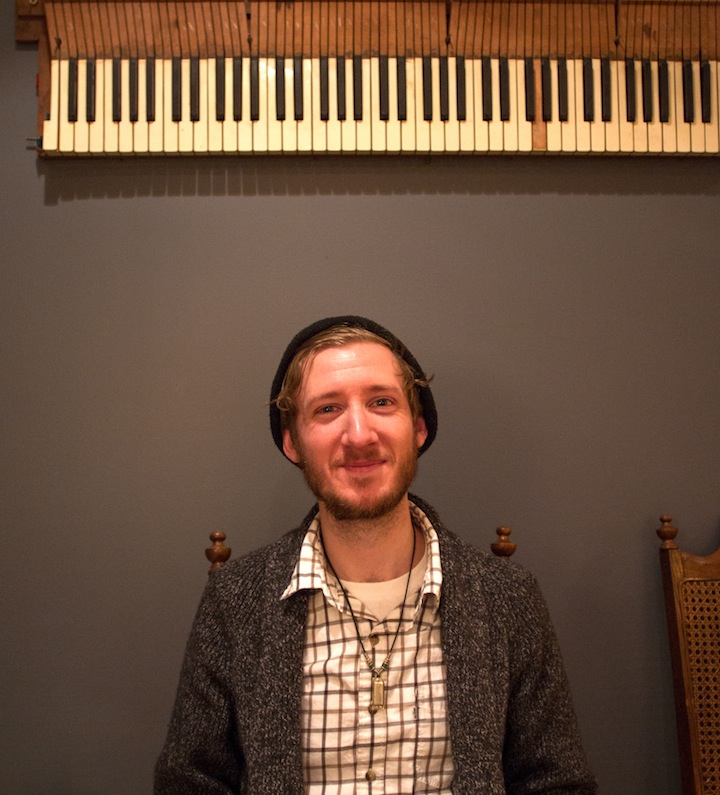 For the past year, Matt Austin has been Interpreter in Residence at the Smart Museum. He is the first to admit he doesn’t know exactly what that title means. Once a month he sets up a cubicle in the museum’s lobby. The walls are salvaged office-wood from the nearby Regenstein Library (on the campus of the University of Chicago). On the day of his public hours, visitors to the museum are handed a card with a prompt and invited to sit with Austin. It is a potential conversation topic, but, as he says, “no one ever wants to talk about them.” Instead, they divulge stories. They share ideas. They open up in unexpected ways. The office is a mix between therapy and a confessional, overseen by an artist.

“I’m just there to listen,” says Austin. Most people stay longer than fifteen minutes, and they tell Austin incredible or mundane life stories. At the end of the meeting, the visitor is asked to engrave a phrase or drawing into the recycled library-wood walls. Then Austin writes a short reflection text on the encounter, which he is collecting and self-publishing in a forthcoming book. 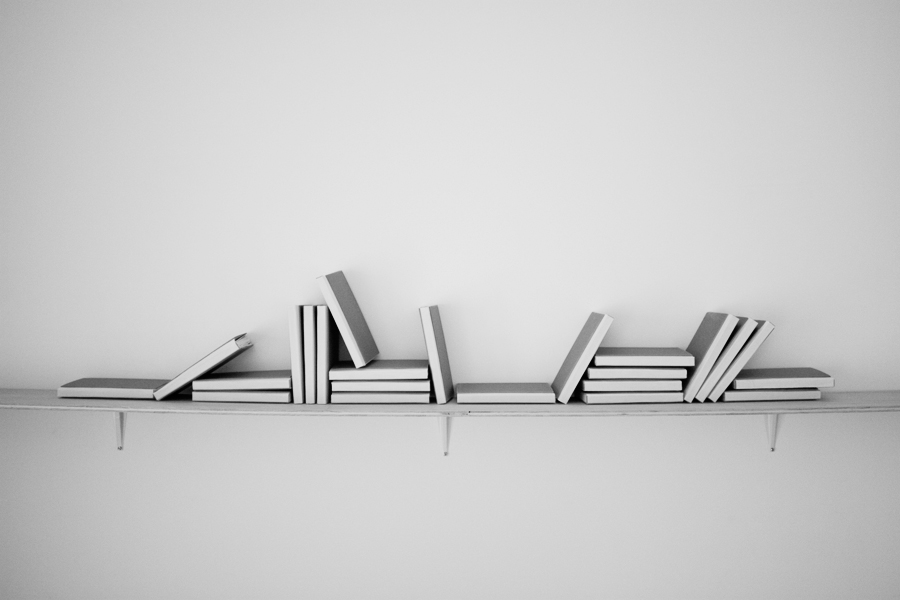 “Talking with Fear about Dying Tomorrow”

Austin’s socially engaged projects usually end up as books. He is a photographer and a writer, two media that lend well to the printed page. But, Austin’s books are not always vehicles for solo projects. Published under the moniker The Perch, Austin produces what he calls a scholarship book publishing venture, where he invites artists to create a monographic publication. Funds are raised to print the material, and all sales go to the artist. Under this rubric Austin recently published Todd Diederich’s photo-book Luminous Flux.

The Perch is also the name of Austin’s Pilsen apartment, where he hosts discussions, bookbinding groups and dinners. The Perch could be considered a free school, in that ideas and skills are exchanged among invited strangers. He cites artist Brandon Alvendia as an influence on the development of his art practice.

Austin’s newest book, The Shape of Spilled Milk, was released this April. It is a collection of personal reflections on the art of self-improvement. Austin documented himself becoming “a better man”—in work, love, family and the home. The book, which includes his original black-and-white photos, uses a recurring motif to communicate the theme of self-betterment: a bird trapped in an airport. Although we are always building airports around our birds, says Austin, the bird got himself trapped in there, and he can find a way out.