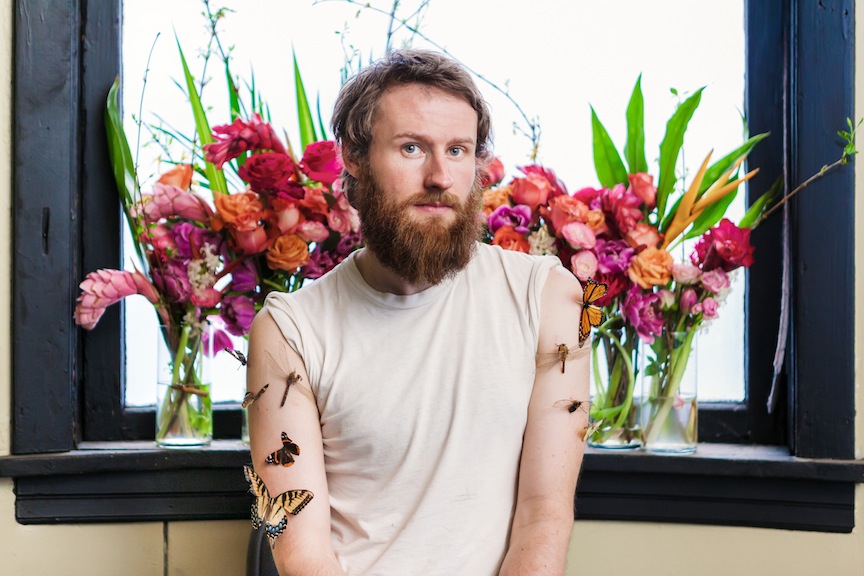 Performance artist Joshua Kent was recently talking with artist/activist Daniel Tucker about having an “immersive life practice.” Kent feels that Tucker’s phrase is an apt description for his artwork, which has a heartfelt, one-to-one relationship with his life. Sometimes that means making art only out of what he can carry from what is immediately available, often for zero dollars. An old abandoned home served as his studio for a couple years. He occupied it as if in a play that no one could see.

Kent drives a truck for the Resource Center’s perishable food recovery program. It is his only paying job. (In other instances, Kent barters housing for labor.) The food recovery program collects day-old food from local markets and bakeries, and redistributes the goods to food kitchens and shelters. Often, remarks Kent, he picks up fruits and veggies from the upscale markets Whole Foods and Trader Joe’s.

This same upcycled food has been presented on banquet tables in art settings. The fully stocked tables look catered, are surrounded by nearly fresh flowers, and they are Kent’s contribution to group shows. Kent doesn’t reveal the source of the food to the art audiences. He describes the project as “a micro-performance and edible installation addressing food systems, and the notions and aesthetics of poverty.” The feasts are not only a gesture of hospitality, but also a nod to all of the invisible hands that touch every commodity, from minimum-wage laborers who make our food to the garbage men who carry it away. Kent’s art performances and life projects pick up lessons from the Wages for Housework Campaign, an important feminist-Marxist group from the 1970s that sought visibility and equality for those who may be exploited by class struggle. 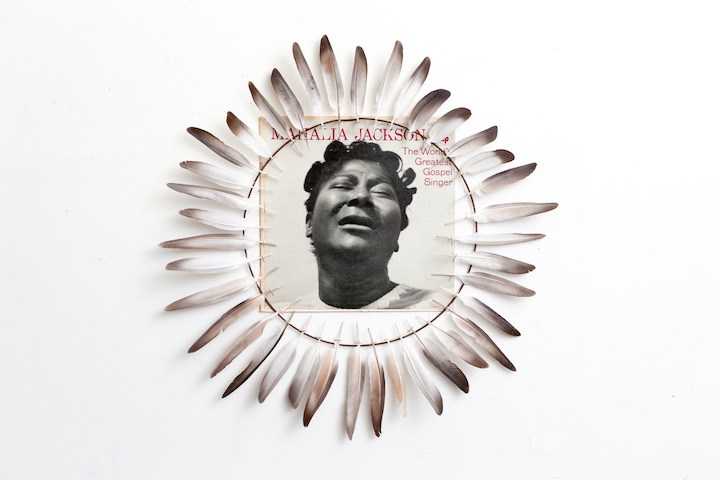 “Making people give a shit is the basic foundation of my art,” says Kent. This June he will overtake Roman Susan Gallery in Rogers Park for a solo exhibition, and turn the storefront into a twenty-four-hour art-meets-life experience. During the sunlight hours you may see Kent there with his arm outstretched, palm out. It is a gesture of begging, but also an invitation. Look closer and you will see he is holding in his hand a wad of dirt with a seedling in it, in the sunlight so it can grow. Kent hopes to maintain this position for the three-week duration of the show. He wants to be “a receptive vessel for an encounter” with visitors to the gallery, who will also be able to see his found-object sculptures. Kent, who is a dancer, may engage them with expressive movements, or simple plantlike curiosity.