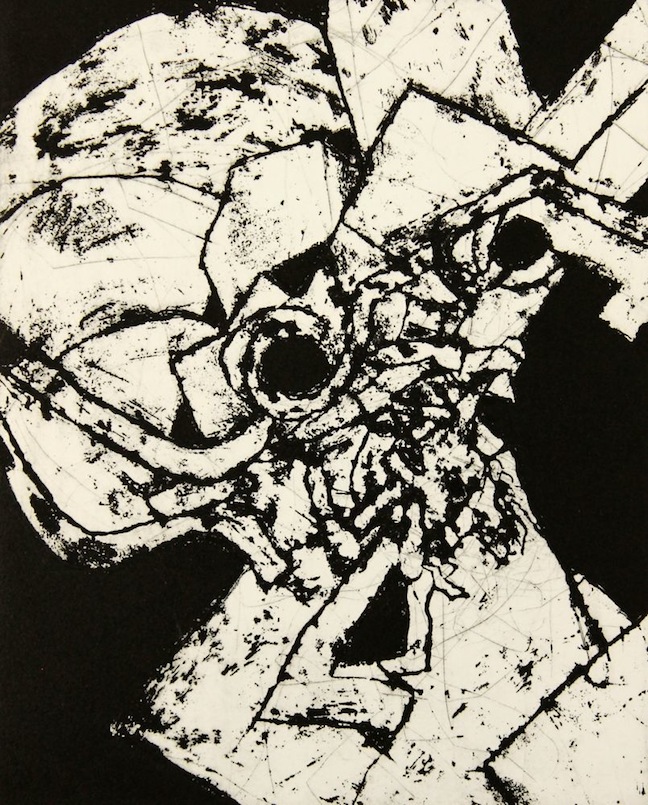 Diane Thodos’ paintings and prints represent the kind of modern spiritual art championed in the Blaue Reiter Almanac of 1912 more than the semiotic exercises of postmodernism that were played out across the subsequent century. The artworks don’t represent any classical or Christian creed, but still echo both with what Kandinsky called an “easily definable movement forward and upward,” expressing emotions more subtle than earthbound feelings like fear, lust, grief or maternal love. There are the stark black-and-white prints that visit the dark hour of the soul, often in contemplation of the human skull, as if buried in a crypt. But then there’s the rush of pure, clear colors in the oil paintings, as exciting but also as incomprehensible as an oracular revelation in the mountains at Delphi.

There’s no sensuality here, even in a depiction of embracing nudes. Instead, there’s the feeling of challenge and difficulty, as if the artist’s rasping voice had been struggling to emerge from her throat. Without painterly indulgence or rich volumes, the pictorial space is claimed by thin paint and a kind of drawing that is angular and muscular. Within that space there often descends a youthful female figure, like some kind of daemonic or angelic messenger. 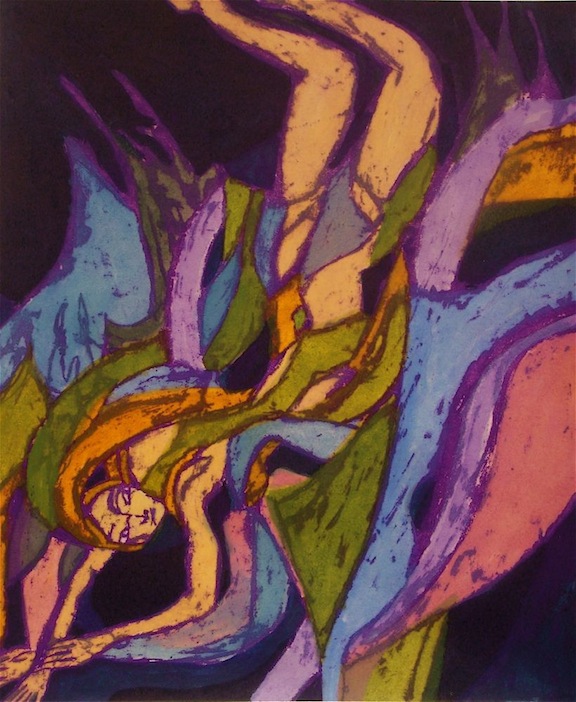 The best piece here is also the most economical. Titled “Walls,” it’s a powerful linocut depicting a determined young woman poised to break out from the inky darkness and emerge into the light. The more complex and colorful pieces are more problematic, lying somewhere between personal self-expression and mytho-poetic vision, while not very satisfying as either. These designs move toward power and beauty, without ever quite achieving it. But there may be a useful spiritual content in all of them for people traveling on similar paths of self renewal and spiritual awakening. As the Blaue Reiter artists proclaimed, such content is far more important than any formal aesthetic. (Chris Miller)

Through May 31 at Re-Invent Gallery, 202 Wisconsin Avenue, Lake Forest.