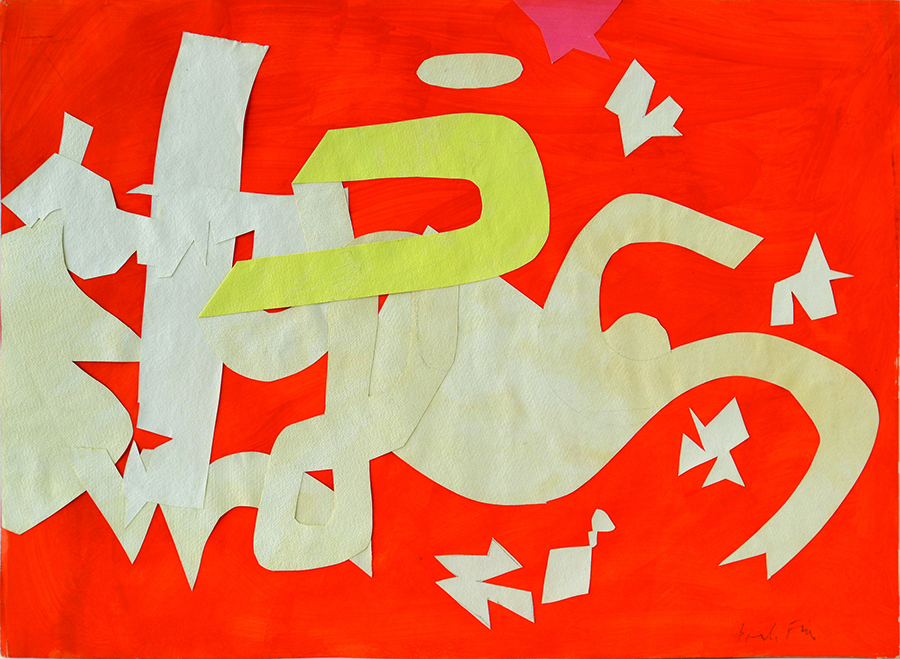 Though presented as separate exhibitions, the two concurrent shows at Thomas McCormick Gallery offer a brief history of abstract painting in its transition from an avant-garde to a traditional practice. Perle Fine (1908-1988) covers the first fifty years all by herself. A more complete retrospective would demonstrate how she was influenced by one artist after another, picking up whatever innovation fascinated her, from geo-form to bio-form, from tight to loose, from simple to complex, from whimsical to angry. She seems to have had a modest, if iron-willed, personality, that was far more interested in the potential of painting than she was in herself. This exhibition is limited to works on paper, from 1942 to 1959, beginning with a very economical Bauhaus linear design and eventually arriving at the post-climactic exhaustion of abstract expression. Along the way, she did a dead-on tribute to Miro, and several variations on the cut-paper figurations of Matisse. An art business consultant might have advised her to spend more time building a personal brand, but Fine was clearly more devoted to leaving behind excellent artifacts of twentieth-century culture. 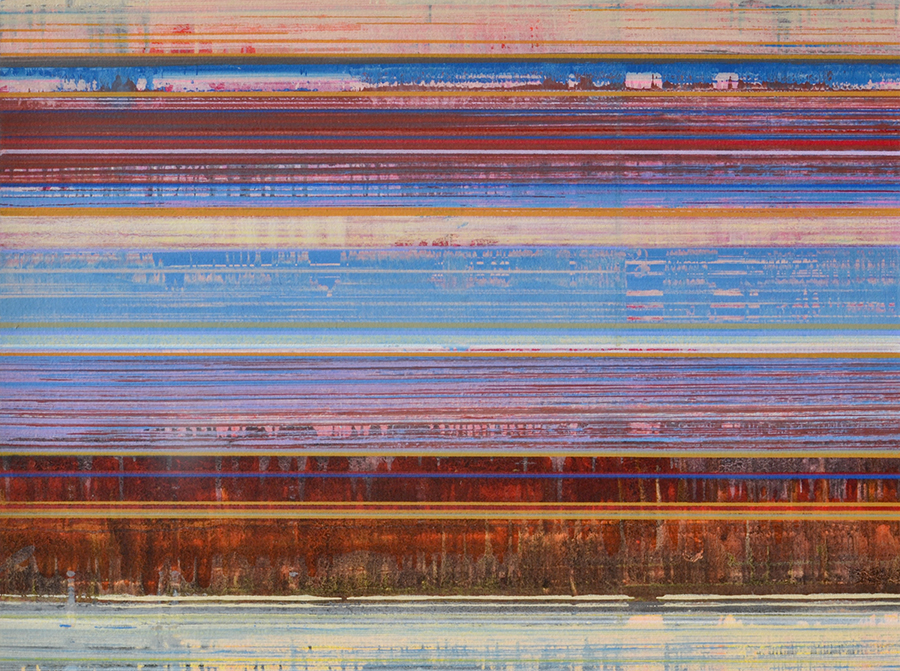 Born fifty years later, Lisa Nankivil is less interested in art history than in self-expression. Like some pioneering artists of the 1950s, she has chosen to confine that expression within a field of painted lines, all of them straight, all of them parallel. But there’s no feeling of either Modernist perfection or post-Modernist tedium. With a mastery of paint and color, she has discovered a world of endless personal feeling between the lines. As their titles suggest, some of the pieces feel as atmospheric and earthy as a landscape (“Distance and Elevation”), while the restrained assertiveness of others suggests the psychological  (“The Beginning of Yes”). As casually perfect as a Zen teacup, each of her paintings seem to take us no further than the moment, as if to say: “I enjoy life; I enjoy life RIGHT NOW!”

As in the best examples of traditional art, neither artist offers a new, confrontational aesthetic. But their pieces have so much energy, who cares? (Chris Miller)