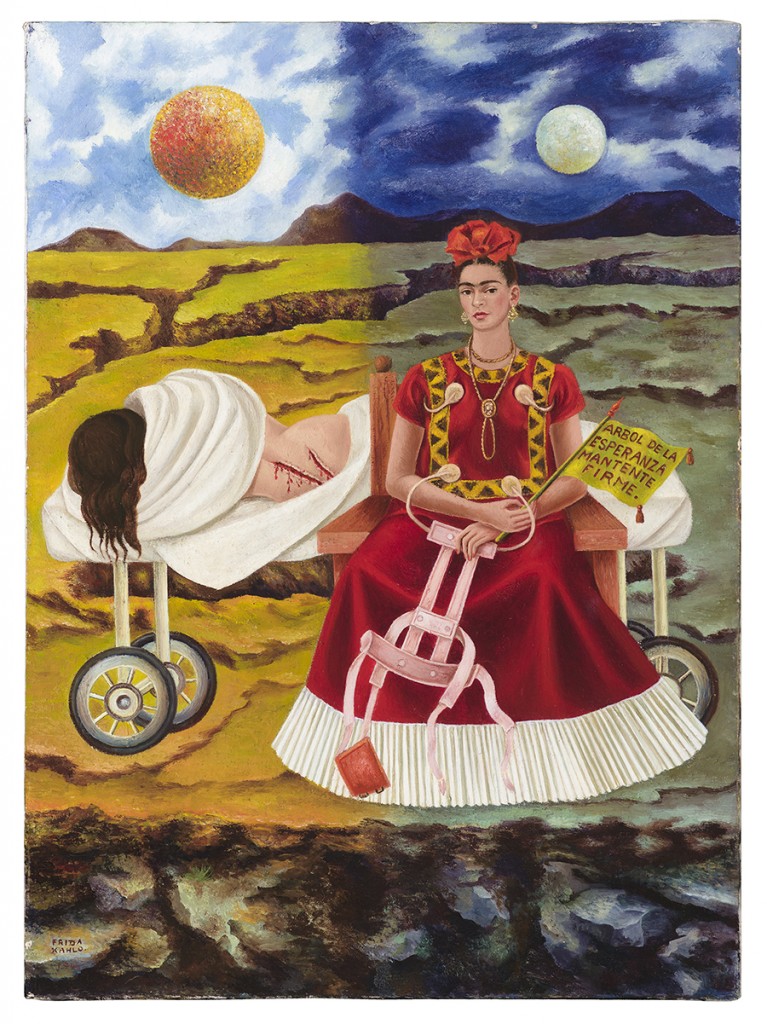 Reprising two of the paintings that appeared in Frida Kahlo’s solo exhibition at the MCA in 1978 (her first in the United States), “Unbound” presents Kahlo as a political activist and art world transgressor who laid the foundation for many discourses that continue in the practices of more than thirty contemporary artists in the exhibition. Curators Julie Rodrigues Widholm and Abigail Winograd look beyond Kahlo’s celebrity status and tumultuous personal life to illuminate her artistic output as indicative of a preemptive concern for cultural issues including globalization, feminism and civil rights. Themed around treatments of bodies as both political entities and affective forces, Kahlo is here contextualized by artists of color, women and LGBTQ perspectives who boldly comment on the performance of gender as well as oppressions and injustices such as homophobia, violence against women and the AIDS epidemic.

Kahlo’s “Arbol de la Esperanza (Tree of Hope),” is a double self-portrait where she appears as a prostrate figure bleeding from incisions on her back, while a second self depiction is seated beside her wearing indigenous Mexican folk garb and holding a flag which reads “tree of hope, keep firm.” Hung on a blood-red wall, this painting is surrounded by other sculptures and images that reflect upon sorrow, physical or emotional trauma and loss through corporeality or absence. 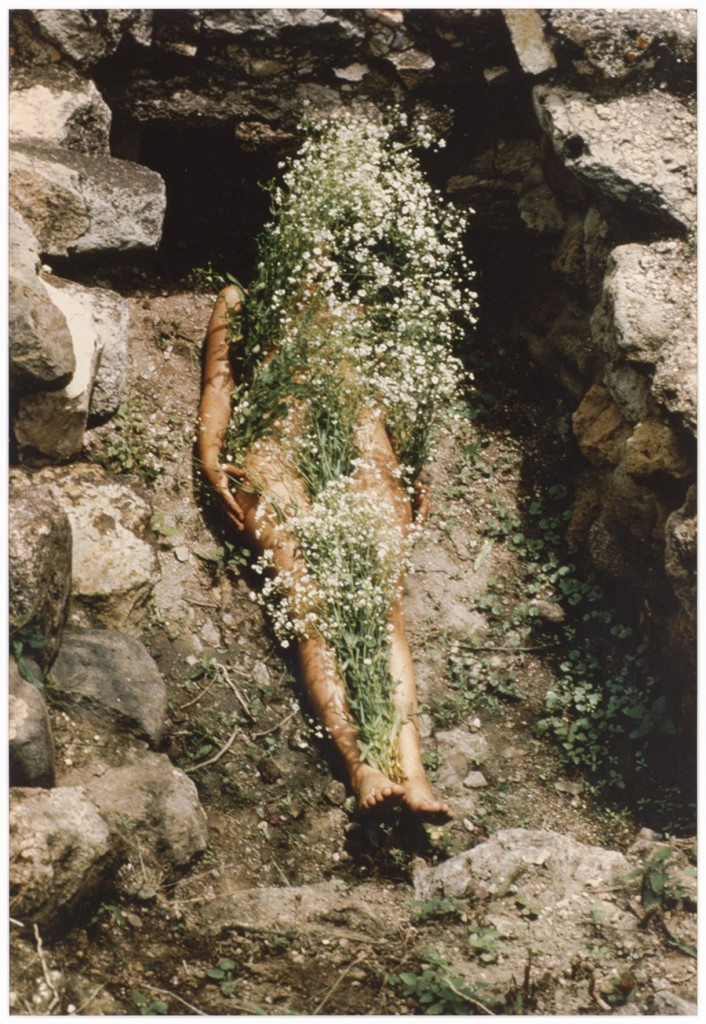 Loss is most palpable while viewing three photographs from Ana Mendieta’s lovely, devastating “Silueta”series showing the outlines of Mendieta’s body impressed into her surrounding landscape. Kahlo and Mendieta, two of the most groundbreaking female artists of the twenty-first century, died tragically at the ages of forty-seven and thirty-six, respectively. Also featured are quiet conceptual works such as Valeska Soares’ trompe l’oeil sculpture, “Duet III.” Two pillows, hand-carved in white marble, are intimately arranged on the floor; the recent absence of the lovers’ bodies are implied by a pair of head-shaped indentations in the stone.

While not explicitly about “othering,” this exhibition provides a somber overview of contemporary art that resonates Kahlo’s aims to disrupt accepted notions of gender, class, sexuality and ethnicity. (Erin Toale)

Through October 5 at the Museum of Contemporary Art, 220 East Chicago.