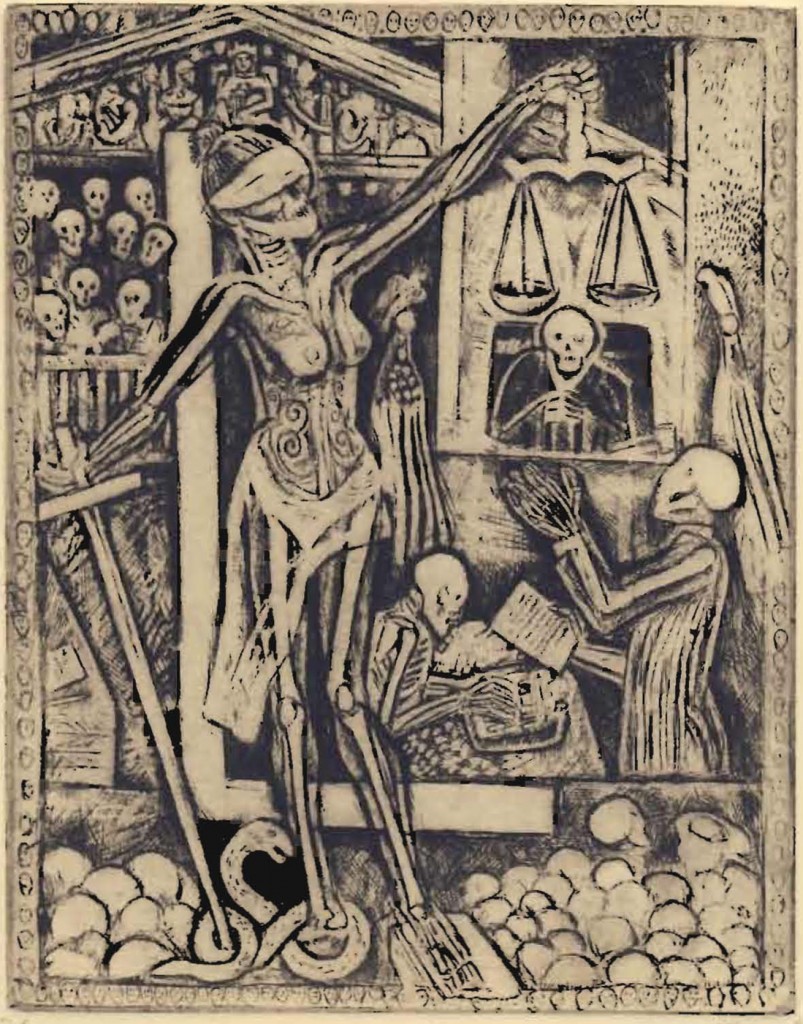 Rebecca Gray Smith’s suite of black-and-white etchings currently on display at Bert Green Fine Art took nearly twenty-five years to complete. Personal histories, comedy and spirituality are infused into each of the intricate prints that feature a letter of the alphabet along with skeletal beings that act out foreboding narratives. The engravings, originally intended as a response to the AIDS crisis, evolved over time into an examination of all death and became a cathartic process for Smith’s grief after losing her husband to lung cancer. “The whole fact of death is absurd to me,” she says. “I still can’t believe that these people I loved so much aren’t here any more.” Smith also grapples with her father’s death and mother’s suicide in her work.

The letters are an attempt at organizing and categorizing the ills of the world in order for Smith to make sense of her own misfortune. While the antiquity of her printing process may appear anachronistic, contemporary society’s vices are the objects of her scrutiny with each glyph. For example the letter M portrays the dark side of the medical pharmaceutical world as a skeleton undergoing intravenous therapy. “My experience with Western medicine has been a nightmare because of losing my husband,” Smith says.

Strong reference is made to the themes and style of Danse Macabre and other late medieval art in the work while maintaining an unmistakable element of humor allowing it to make light of its subject matter. Hands of bones type words onto a keyboard behind the letter I in “I – Internet” while another skeleton figure with glasses appears on the computer screen. Lady Justice stands adjacent to the letter L in “L- Law,” the only figure with heavy breasts weighing her down. It’s almost as if the letters themselves are being held responsible for each vice they represent. 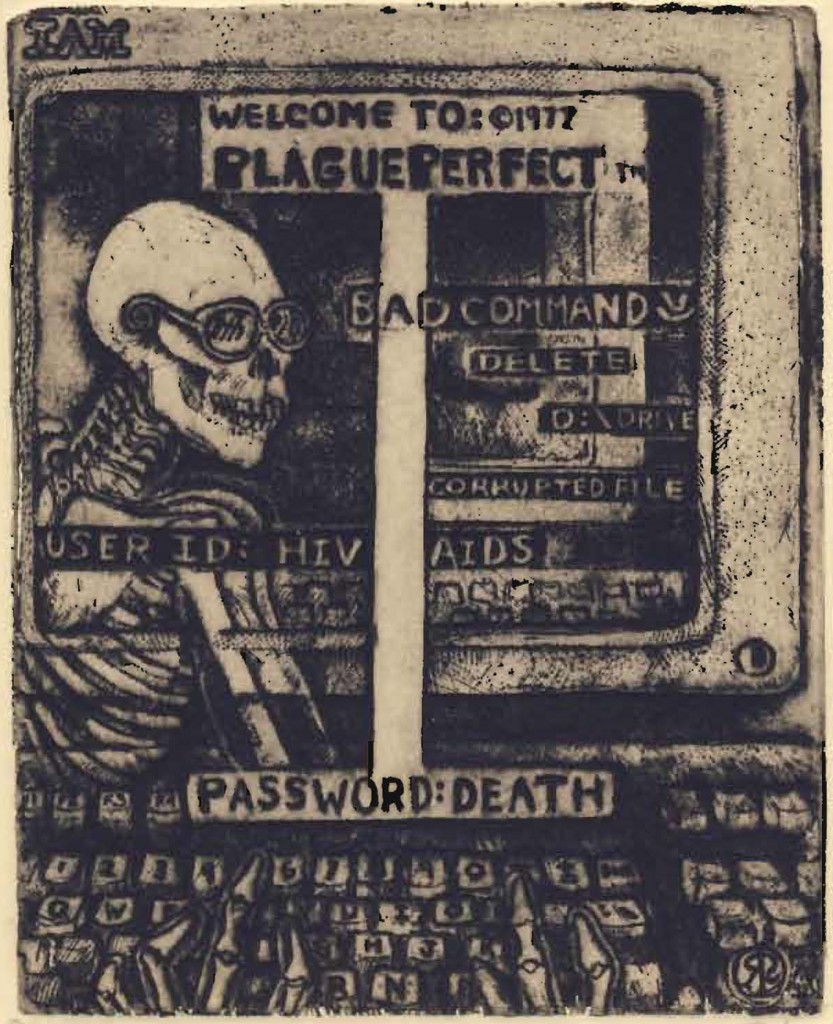 Before etching, Smith came to printmaking with a connection that felt as much mystical as tactile. “I fell in love with lithography. The minute I did it, I felt like I had done it in a past life,” she says. She recalls her experience of taking her first lithography class at the School of the Art Institute of Chicago in the 1980s, being one of two women handling the heavy Bavarian limestone used for the process. Since then, other stones have figured in her practice, such as when she found several on an evening walk with her dog. After deciding to make prints from them she discovered that they were engraved with Easter prayers. “They were almost like a gift from God.”

Rebecca Gray Smith graduated with a Master in Liberal Arts from the University of Chicago in 2012 where she currently teaches a class called “The Echo of Eons: The Power of Printmaking in Art.” She has previously taught courses in printmaking at the Chicago City Colleges, the Chicago Park District, and the Chicago parochial school system and for children at risk. (Shreya Sethi)