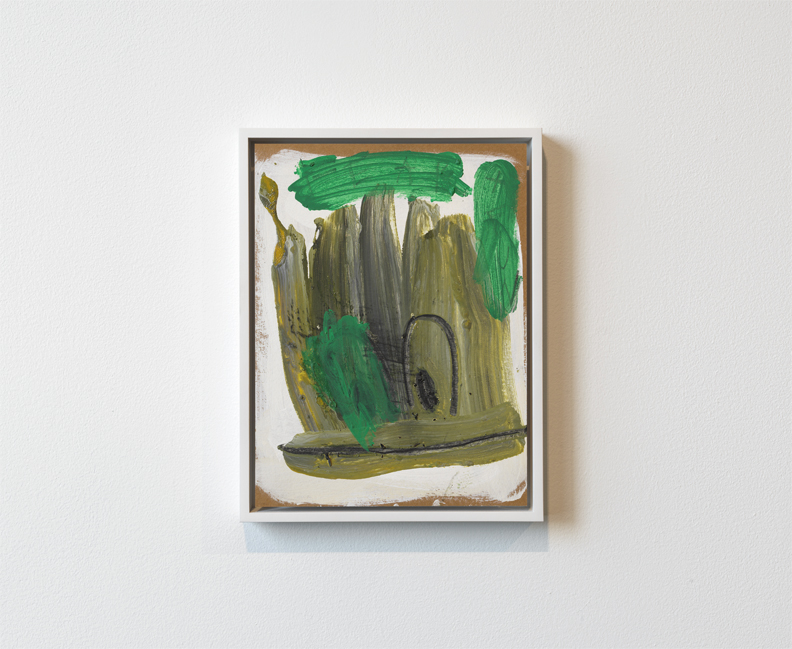 Charline von Heyl’s first Chicago solo exhibition, “Interventionist Demonstration (Why-A-Duck?),” now on view at Corbett vs. Dempsey, is made up of paintings inspired by a 1934 comic strip, “Krazy Kat,” by George Herriman that is also on display. The characters, Krazy Kat, Ignatz Mouse and Offissa Pupp appear in these paintings, while the accompanying catalogue has text appropriated by von Heyl from the strip.

The comical melancholia in her paintings has a tone much like Herriman’s work: the use of dark humor and absurdity as a way to philosophize the complexities of emotion and the world of the artists’ respective centuries. There is a dialogue that feels light despite its hefty content. “Green Duck,” hanging off to the side on a wall by itself, appears quite sad, furthering the tragicomic mood simmering throughout the gallery. At the back of the gallery, there is a grid of thirty-nine paintings of abstract forms and dark representations of a duck, a tree, a frowning face. Some feel like image fragments speaking with Herriman’s and some feel exclusively von Heyl, but they all have an air that deeply ponders perception. 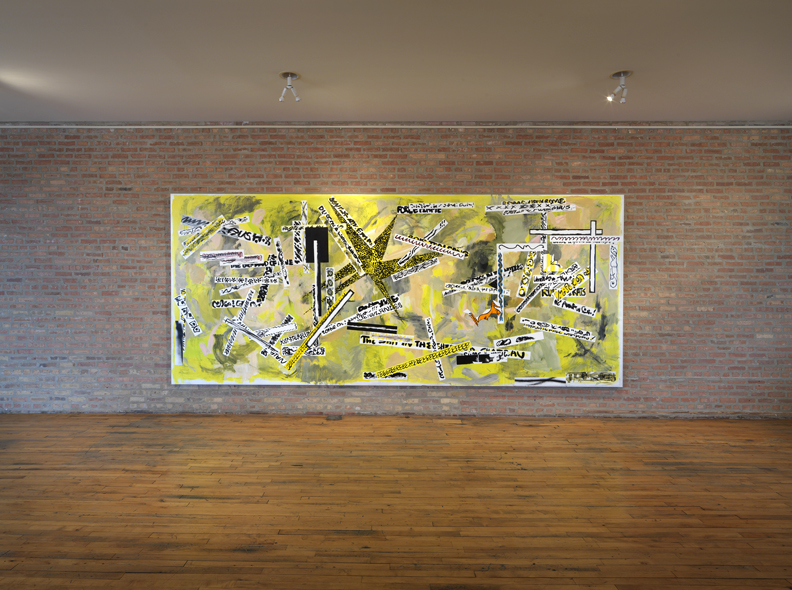 Her large-scale piece, the namesake of the exhibition, hangs—per von Heyl’s request—on the brick wall of the gallery. Bricks are a large part of the Krazy Kat love-triangle narrative where Ignatz Mouse throws bricks at Krazy Kat. Her work is intervening with Herriman’s while it intervenes with itself. Text is obscured and covered by stickered illustrations ranging from a partially formed duck, to animal prints and line studies. There is play here between von Heyl’s paintings and Herriman’s inked illustrations, with both artists in their own styles pondering and discussing the existential while von Heyl also considers color and space, texture and shape.

There’s levity in the melancholy, though, and it comes from von Heyl’s playfulness in her interpretation of “Krazy Kat” and in her musings on color and illustration. Von Heyl’s visual discussion with Herriman (and with herself) comes together as an insistent and lovely body of work asking the viewer to play, to perceive and to extrapolate. (Carrie McGath)

Through June 7 at Corbett vs. Dempsey, 1120 North Ashland.