The face of Guillaume Apollinaire, the storied Surrealist poet who was wounded in WWI and later died of his injuries appears, sideways, in one of the most powerful series of exquisite corpses I have ever seen. In the National Veterans Art Museum’s exhibition “Surrealism and War,” artists collaborated on a set of drawings that cover parts of two walls. The form was invented by the Surrealists after many of them were profoundly changed by combat in WWI, and aspires to autonomous creation, suspending the rational mind to release dismembered and painful images by bringing them together with corresponding fragments in the hearts and minds of a group of collaborators. Artists who contributed to this Exquisite Corpse—veterans, their relatives, and other local artists—are given a folded piece of paper and directed to draw a head, torso or lower legs and feet without seeing their partner’s contribution. The exquisite corpse drawings are dedicated to dead and injured veterans and anonymous victims of war, such as The Unknown Corpse of a Child in Kosovo. 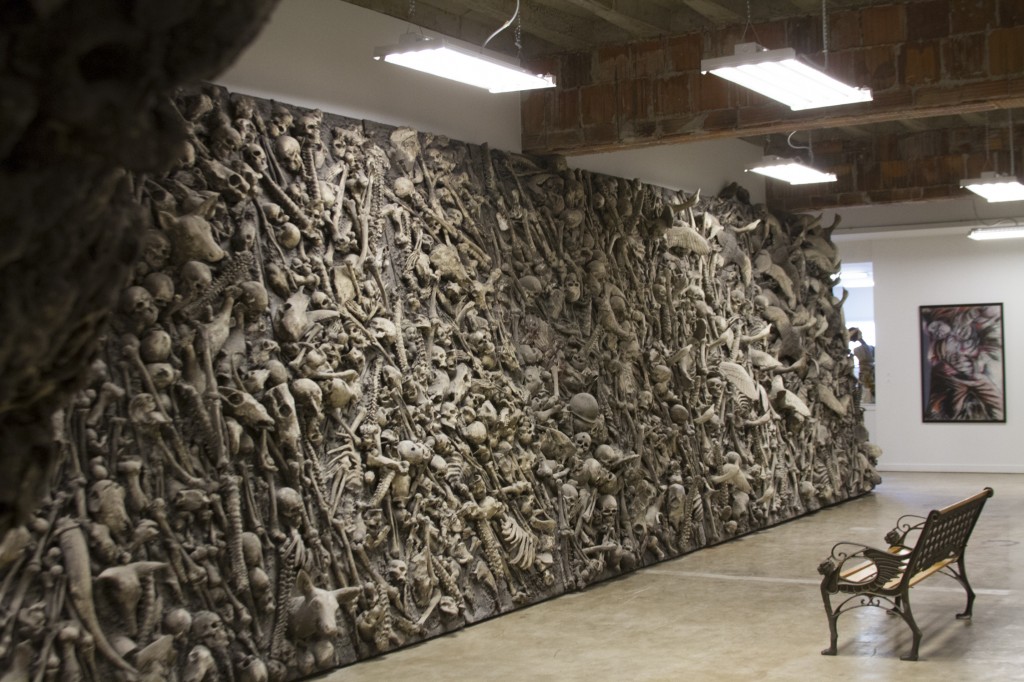 Wild and haunting totemic assemblages, a chair rent by a menacing saw blade, mementos and fetishized objects are shown alongside more traditional art forms. The exhibition’s centerpiece is “The Earth Lies Screaming” by Jim Leedy of Kansas City, a twelve-panel bas-relief cast in expanding foam and covered with pigment and dirt. The Holocaust Museum in Washington DC wanted some of these confrontational and uncompromising panels, but Leedy, waiting until he could find a place where the very large work (approximately forty feet long and ten feet high altogether) could be displayed in its entirety, chose Chicago for its permanent home. Sculpted depictions of war comprised of detritus, skulls, helmets, dead animals and bones move from despair to hope in a sustained symphonic memorial.

“Surrealism and War” revivifies the powerful tropes of Surrealism, moving beyond that historical moment, into our own time. The NVAM is dedicated to forming a community engaged in healing through studying the physical and psychic shards left from the traumatic experiences of war for, as Adrienne Rich said of a very different, but analogous condition, “the relief of the body and the reconstruction of the mind.” (Janina Ciezadlo)

Through November 1 at the National Veterans Art Museum, 4041 North Milwaukee.