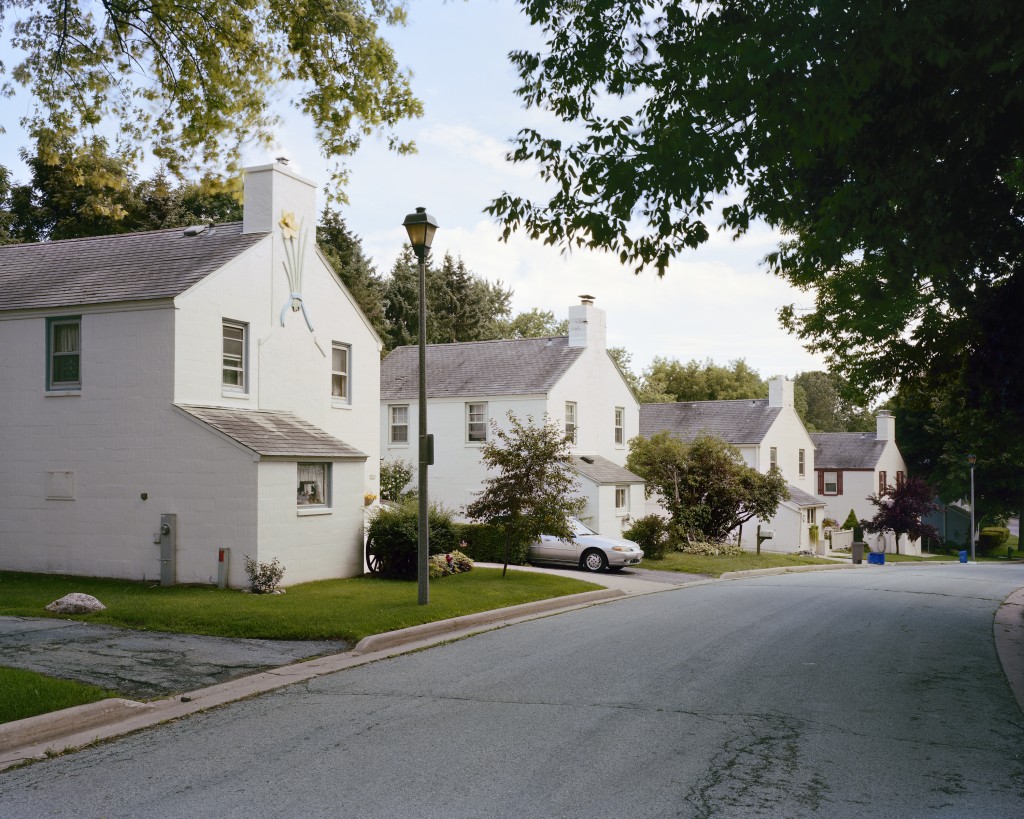 Shooting in lucid color and adopting a no-nonsense straight-on documentary approach in his project “New Deal Utopias,” Jason Reblando has taken contemporary photographs of the three Greenbelt Towns—Greenbelt, Maryland; Greenhills, Ohio; and Greendale, Wisconsin—that were planned, built and owned by the federal government in the early years of the Franklin Roosevelt administration in order to “resettle” unemployed American families in pleasant community environments during the Great Depression. Their original residents were chosen to reflect social diversity (though not racial), and they were laid out to encourage neighborliness. The towns represented progressivism at its cutting edge, and the movement that inspired them had lost its momentum by the mid-1930s, a victim of political pragmatism. By the 1950s, the government had divested itself of the towns, but they have continued to exist as parts of burgeoning suburban landscapes. 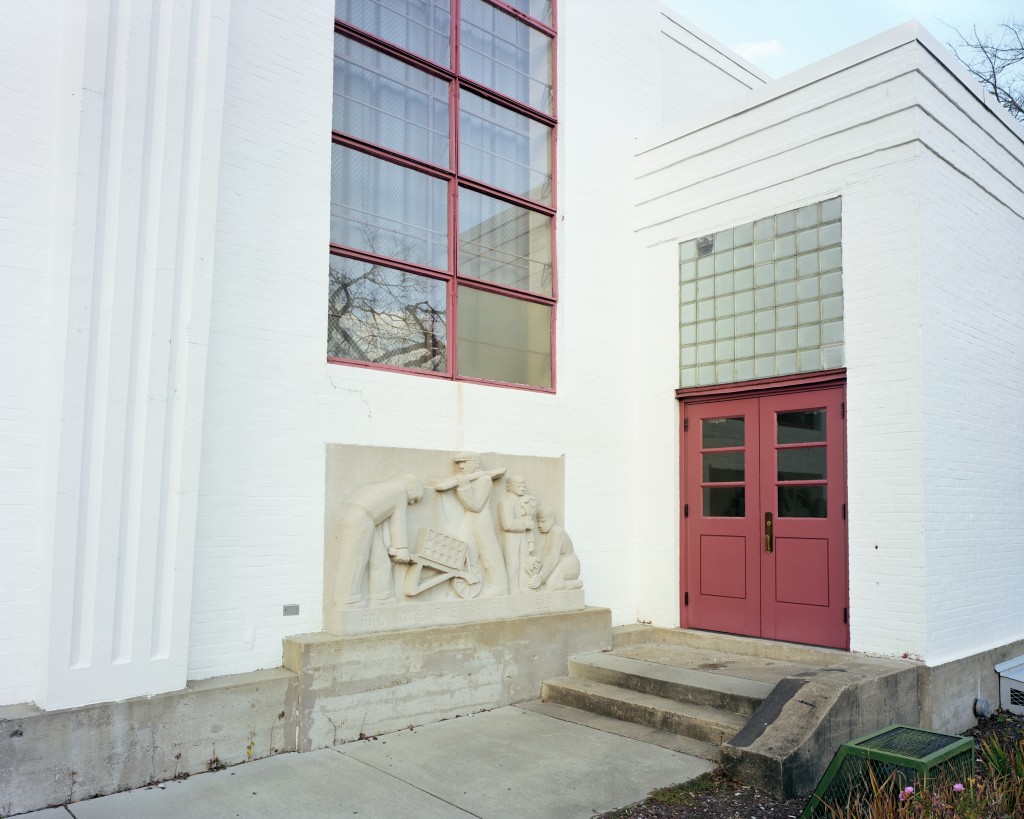 Shots of signage, murals, statues and friezes that depict the ideals of the social experiment appear alongside unsparingly inviting views of the verdant towns. Reblando’s mainly depopulated images have a nostalgic flavor and show us little of the lives of current residents. Except for a shot of a packed concert on a lawn around a gazebo, the viewer is left with a sense of vanished vitality, despite the presence of profuse vegetation. An underlying pathos that haunts the work emerges full blown in a shot of a frieze outside the entrance to a building in Greenbelt, Maryland that depicts people carrying the materials to construct a community garden, under which is carved the injunction: “Promote the General Welfare.” The concrete is in mild disrepair and has been patched over the years. We have our own form of “green” progressivism today and we also have the resistance to it from vested private interests that mire hope and change in expedient pragmatism. (Michael Weinstein)