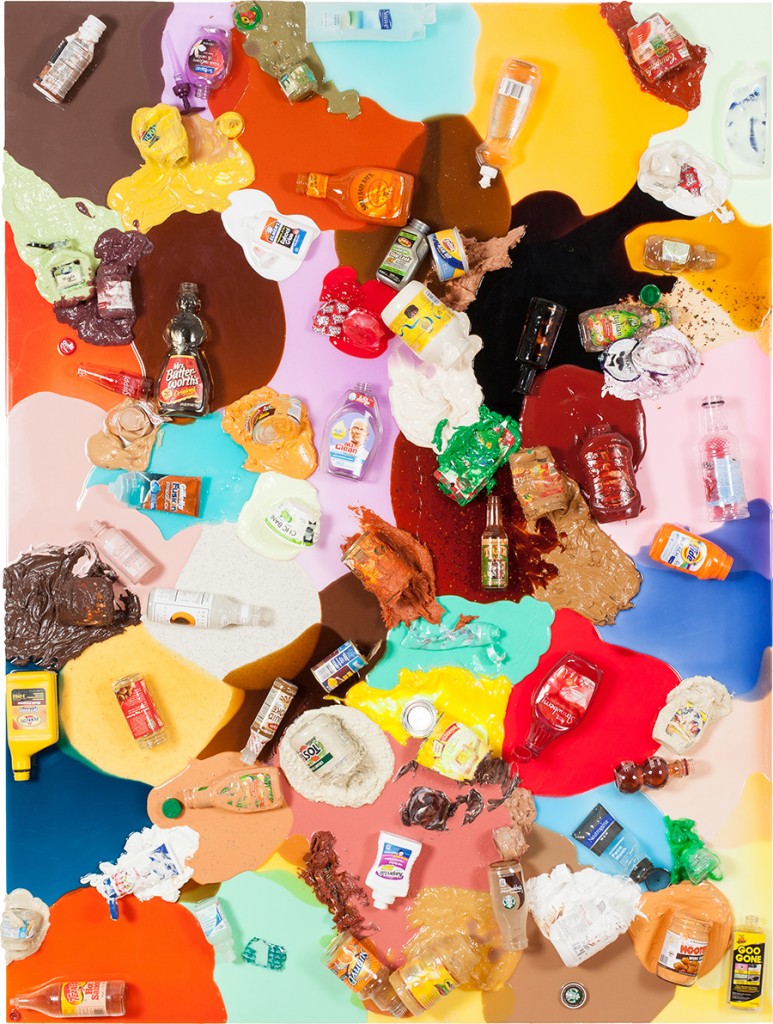 At Expo Chicago last year, Tony Tasset’s “Spill Paintings” were a good-natured critique of the slick resinous surfaces found in abundance throughout the flashy art fair. Deliciously hued puddles spread across white panels, issuing from emptied containers for food and cleaning supplies. These gags have now been expanded into a sly compendium of moves by abstract painters and conceptual artists alike from Pollock onward. Not unlike Tasset’s near exhaustive list of artists inscribed across “Artists Monument” that was included in this year’s Whitney Biennial, in these paintings, the more the merrier.

In “Baby Muscle,” an inventory of pooling pantry items is reminiscent of palettes from earlier Tasset works such as his brassily confectionary pile of colorful boulders, “Rainbow Rocks” from 2008. Splotchy pastel patterns of Frappuccinos, shampoo and fruit juices replicated in resin and various plastics signals desire and disgust variously, like Lynda Benglis’ poured paintings might have done in the 1970s or the “Blob Paintings” made by Tasset’s wife Judy Ledgerwood. Indeed, his high-meets-low wit is clearly informed by considering developments in painting at close range, and it’s that intimate understanding that helps his provocative jokes to land. 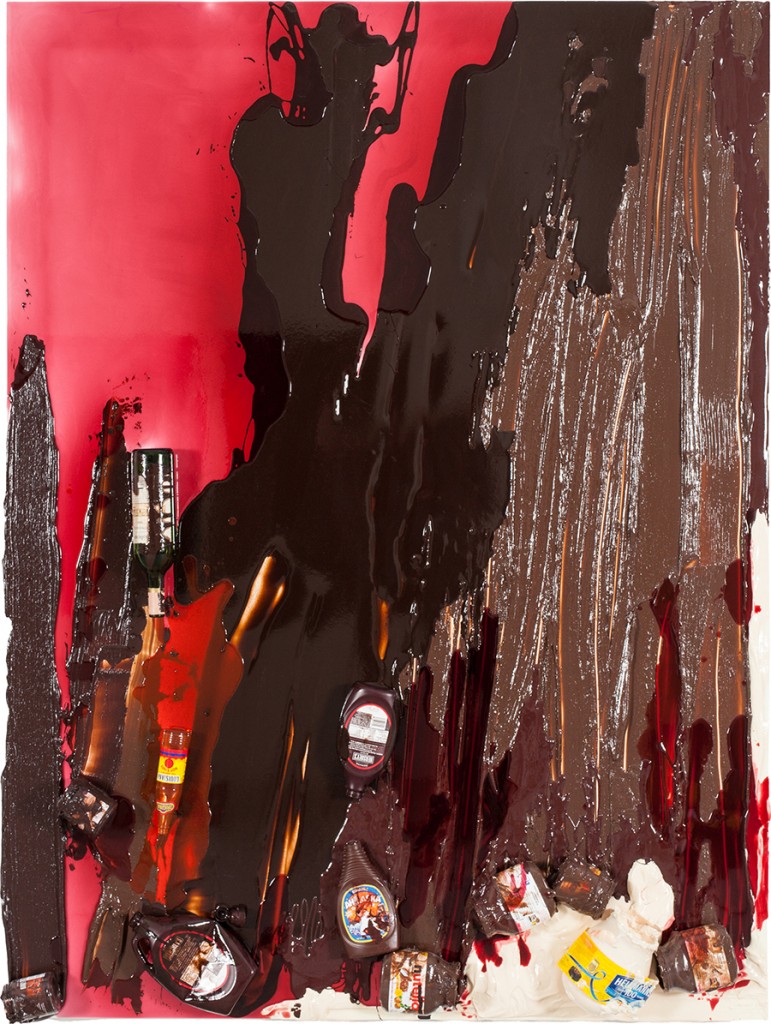 “Genuine Ah!” is like a romantic dinner with a Clyfford Still painting: fields of tempting reds and browns are punctuated by a wine bottle, as well as various containers for chocolate and hot sauce. The date would appear to be going well but for intrusive clumps of faux-Hellmann’s Mayonnaise across the panel’s bottom. The candor of Daniel Spoerri’s “Snare Pictures” comes to mind, as does Paul McCarthy’s off-putting preoccupation with condiments. Repulsive though it might be, such awkward inclusions are invariably appealing as reminders of the unexpected discoveries to be made in painting and more generally in life and love. 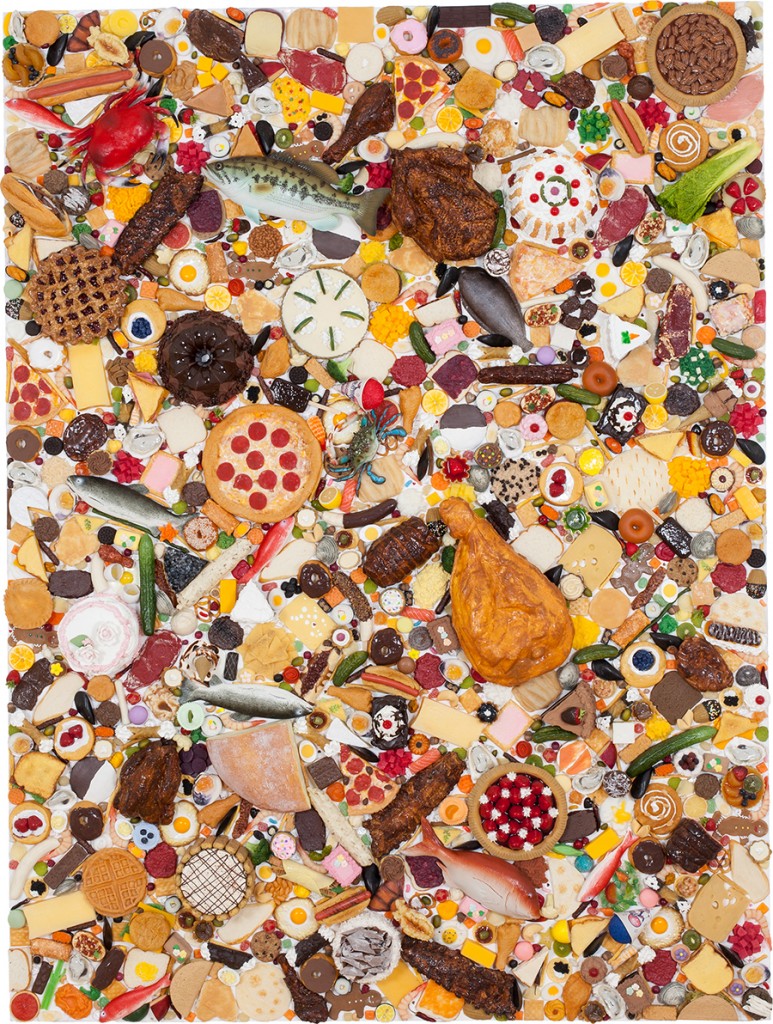 “Food Painting” is a crowded banquette of food replicas that Tasset bought on the Internet and adhered to a massive panel. Once again, perversely jovial inclusivity is the method by which these works are organized. Beautiful and deadly, goofy and abject, this potential one-liner opens out into a wildly rewarding negotiation between abstract painting and the viscous stuff that comprises ordinary life. (Matt Morris)