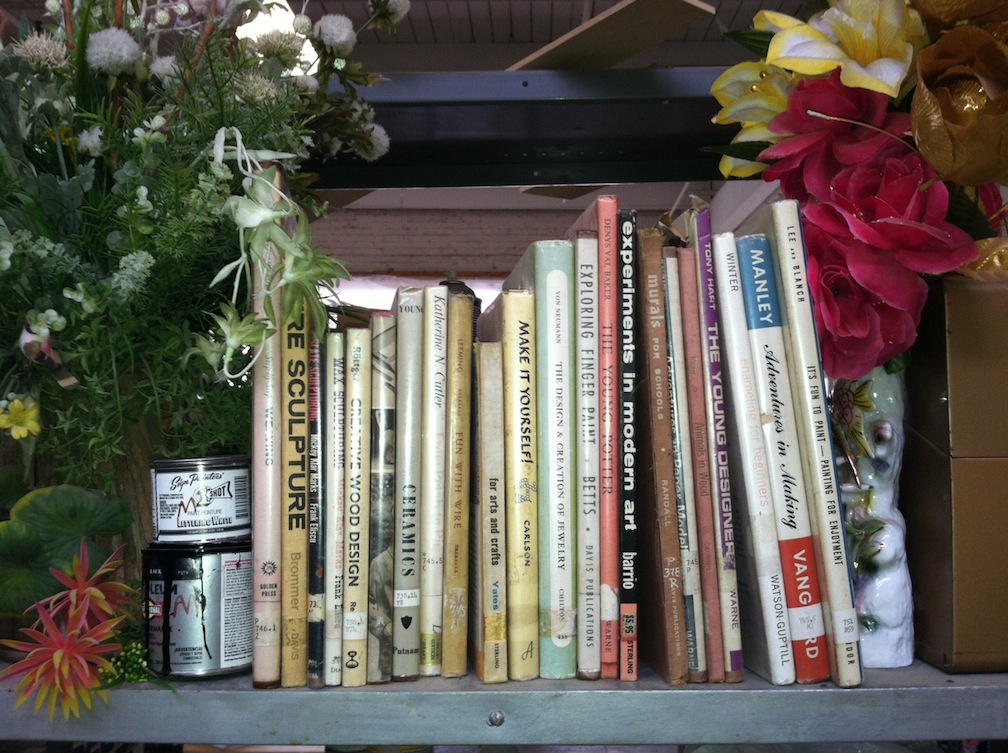 To coincide with Newcity’s annual feature, Lit 50: Who Really Books in Chicago, and the Printers Row Lit Fest (June 7-8), we asked a handful of visual artists for recommendations and anecdotes about books that have had profound influence on their artistic perspectives.

Mindy Rose Schwartz: How to gift a book. My favorite book to gift is one I got as a gift from a dear friend who is a flawless gift giver—”On Ugliness,” by Umberto Eco. The pictures and writing are fascinating and beautiful and, of course, disgusting. You can’t put it down. It’s a great and satisfying combination of creepiness, humor and kind of a sick feeling in my stomach. It’s not every gift that can deliver all that. Mindy Rose Schwartz shows through June 29 at Queer Thoughts, 1640 West 18th, #3. 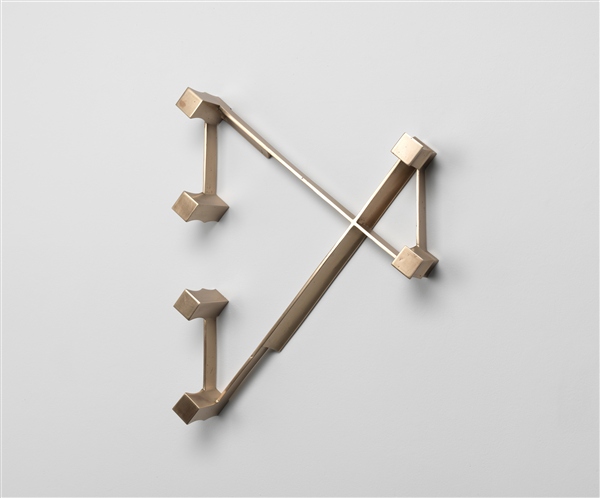 Richard Rezac: His sculptures are like poems. As a young art student in Portland, Oregon, enrolled in my first poetry course, William Carlos Williams’ book “Pictures from Brueghel and Other Poems,” from 1962, imprinted the value in looking closely, and looking at those things close at hand. Williams’ poetry is direct and plainspoken yet worldly, allowing the strength of suggestion the instrumental role. His set of poems ruminating on Brueghel’s paintings are especially resonant, directed as they are to works of art: “a splash quite unnoticed/this was/Icarus drowning.” Richard Rezac, “Signal,” shows through July 25 at Rhona Hoffman Gallery, 118 North Peoria.

Matthew Girson: On reading difficult books. I read a lot of philosophy and, admittedly, most of it goes over my head, but it points me in a direction that I can follow intuitively. The same is true with poetry. The best of it has no bottom line, or clear conclusions, or even any known thesis. Lately I’ve been carrying Paul Celan’s “Selections” (edited and with an introduction by Pierre Joris) everywhere I go. Celan’s poetry is difficult and doesn’t lend itself to easy interpretation or any answers. It hints and prods at meaning, inspiring me to grope through the forms and their associations, but the best poems defy meaning and leave me only with form. I hope my paintings operate the same way. Matthew Girson, “The Painter’s Other Library,” shows through August 10 at the Chicago Cultural Center, 78 East Washington.

Isaac Tobin: Do judge a book by its cover. Most of the books we publish at the University of Chicago Press are nonfiction, so it’s always a fun change of pace when I get to design a novel. We’re republishing “Time for Frankie Coolin,” written by Bill Granger (under the pen name Bill Griffith) in 1982, and I was lucky enough to design it. The novel is about crime, race, class, toxic masculinity and the many bad decisions that seem to doom Frankie Coolin to “time” in prison. The design needed to suggest all of that, so I drew some iconic Chicago apartments against a hot summer night sky and tried to capture the claustrophobic feeling of looming disaster that hangs over Frankie with the stacked title typography. Isaac Tobin is senior designer at the University of Chicago Press. His cover art is on view in CHGO DSGN through November 2 at the Chicago Cultural Center, 78 East Washington.

Tony Tasset says, Read locally sourced art writing. Lately I’ve been recommending “Your Everyday Art World” by Lane Relyea, an associate professor at Northwestern University in the School of Art Theory and Practice. Reylea makes a good case for a major paradigm shift in the art world, going from institutions and hierarchies to networks and temporary platforms. The artist of the future needs a passport and a malleable set of skills. This book feels very prescient and I feel terribly old-fashioned. Tony Tasset, “Spill Paintings,” shows through July 26 at Kavi Gupta Gallery, 835 West Washington.

Jenny Kendler: What book would you want to have on a deserted island? “The Spell of the Sensuous” by philosopher and environmentalist David Abram. This book has been both very influential on my art practice, and remains un-exhausted in its mystery, beauty and oddities. Abram slowly unravels the history of how we, as a cultural people, became estranged from the natural world, and he speaks of how we might return to be embedded in its sensuousness. So, I imagine myself alone, with no other voices, no one to practice the art of speech with, only the sounds of the island itself—and I imagine this is perhaps how Abram would most like this book to be read—the pages turned again and again, darkened with dirt, sentences becoming blurred, the meanings of the words themselves eventually dropping away. Jenny Kendler is the first artist-in-residence at the Natural Resources Defense Council (NRDC).

James Elkins: After writing three-dozen books on art, time for something new. Since 2011, I’ve been writing an experimental novel with images in it—mostly photographs but also diagrams I’ve drawn. It wasn’t one single book that prompted the change, but a lifetime’s worth of reading of art history, theory and criticism. Academics in the arts just don’t take writing seriously enough. Some of us write simply and clearly, and others write ferocious jargon. But other than those two possibilities, we have no words to describe what counts as good or bad writing on art. I’m not just trying something new, I’m trying to work on the one thing art history (and art writing) ignore. 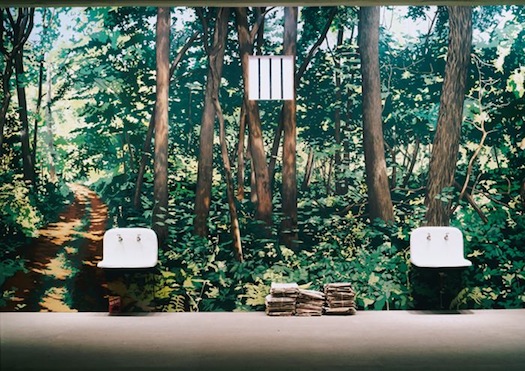 Robert Gober turned fiction into art. In 1989, I made a book in collaboration with author Joyce Carol Oates for the Library Fellows of the Whitney Museum. They connect visual artists with writers to create unique, small-edition books. We went to hear Oates read one evening. She read a previously unpublished story called “Heat.” The story concerned two young pre-teenage girls living in rural upstate New York who met a very bad end at the hands of a developmentally challenged young man. The story fit nicely with my interest at the time in true-crime books. I set the story within two twin handwritten diaries—the type of inexpensive childhood diaries that girls might have kept in the 1950s—because Oates’ story featured twin adolescent girls. “Heat” was published in an edition of 140. Robert Gober has been commissioned to create an artwork for the John Michael Kohler Arts Center, in Sheboygan, Wisconsin, using the kitchen-and-bath design company’s pottery foundry. Gober speaks at the center on June 6.

David Hartt: Reading as research for making new art. Currently I’m reading two books that should always be considered collectively. Reyner Banham’s “Megastructure: Urban Futures of the Recent Past,” from 1976, and Justus Dahinden’s “Urban Structures for the Future,” from 1972. Banham’s book was a critical response to the monolithic excess and megalomania present in the speculative fantasies featured in Dahinden’s book. Despite the need for radical solutions in architecture, urbanism and infrastructure, Banham argues against the overreaching hubris of total design. Both books’ relevancy is undiminished as we enter an era of unparalleled private development that threatens our most basic concepts of civic infrastructure. Banham’s text especially is a reminder that real solutions respect scale, sovereignty and the rights of the individual. David Hartt, “Stray Light,” shows through August 11 at the Carnegie Museum of Art, Pittsburgh.