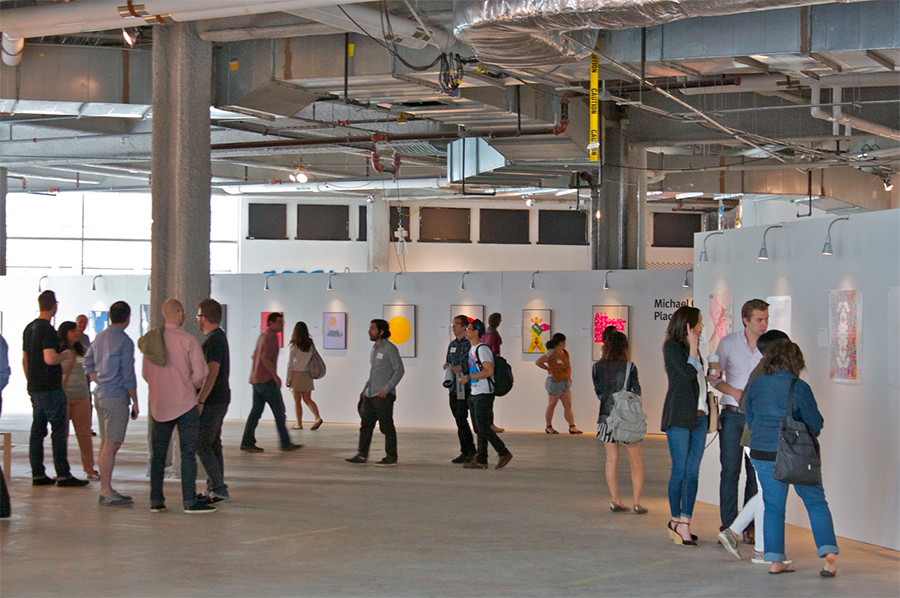 The Chicago Design Museum (ChiDM), an organization that began in Phoenix, Arizona, and evolved when co-founder Tanner Woodford relocated to Chicago, is opening a 5,000-square-foot permanent space on the third floor of the Block Thirty Seven building at 108 North State. For the past two years, ChiDM has held annual exhibitions in pop-up locations that have explored themes like dynamic uses of typography in Chicago’s urban landscape, and the ways that work and play are blurred within design as a professional field. With the opening of a permanent space, they also open their first exhibition of 2014, “Starts/Speculations: Graphic Design in Chicago Past and Future,” which runs from June 12 through September 30.

This exhibition was primarily funded through a successful Kickstarter campaign that raised $54,659 from 536 individuals. Funds raised beyond the exhibition expenses will join funding from sponsors to cover the costs of their new space and staff. The museum’s 2014 sponsors are Joe & Rika Mansueto, Leo Burnett, the design agencies 50,000 Feet and Simple Truth and software heavyweight Adobe.

A stroll through Block Thirty Seven shows that there is much more space than there are tenants, and for several years, the shops and restaurants it houses have been complemented by pop-up art galleries and other creative experiments with the space. Accompanying their new location’s inaugural exhibition, ChiDM will be hosting several events during the next few months. The opening reception of “Starts/Speculations” is on June 13, from 6 pm-10 pm ($10 suggested admission), and then on July 24, the museum presents “Films of the New Bauhaus: Re-Shaping the World” at 8 pm, co-presented with the Chicago Film Archive. Visit the museum’s event page for a full list of upcoming programming. Museum hours are Tuesdays through Saturdays, noon-7 pm, and free admission during regular hours. (Matt Morris)