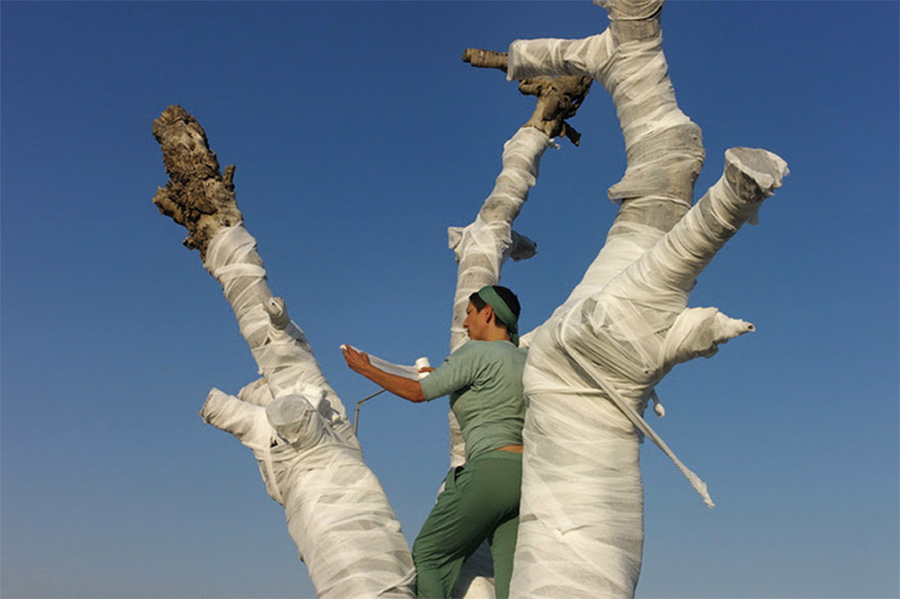 This group exhibition of contemporary artworks from around the globe focuses on the way humans have engaged with the potent longevity of trees to establish borders and identity. The forests in many of the works are both witness and collaborator to mass violent acts; the trees become sinister national monuments.

Andreas Rutkauskas’ “Cutline” photo series shows a straight path through the wilderness between Canada and Vermont. The clear swath cut through the forest evokes an interminable road to nowhere, remote and isolated, yet manicured to perfection. Steven Rowell’s photographs of the Brandenburg forest reveal ruins of Nazi and Soviet camps, mining operations, and nuclear waste storage facilities. Many of the documentary images in “Encounters” expose how the use of trees as natural barriers manufactures the natural and conceals power.

Ken Gonzales-Day’s Hang Tree series introduces us to longstanding haunted trees, sites throughout the United States that bore witness to lynching. The scenes create an uncanny anxiety, a latent horror within pastoral tranquility. This second room of the exhibition includes historical records and artifacts introduced by the curators, who were moved to educate viewers further: a projection with thousands of names, dates and locations of lynching victims and a microfiche machine with a single page that quotes a Kentucky senator complaining about the lack of good lynching trees. Jennifer Scott’s “Evil I” and “Evil II” are hanging silhouettes of bodies collaged from lynching postcards with the image of the victim removed. The eye falls on the perpetrators standing beneath the trees instead of the body. Simultaneously, the hung form that contains the collage incites a new historical gaze. 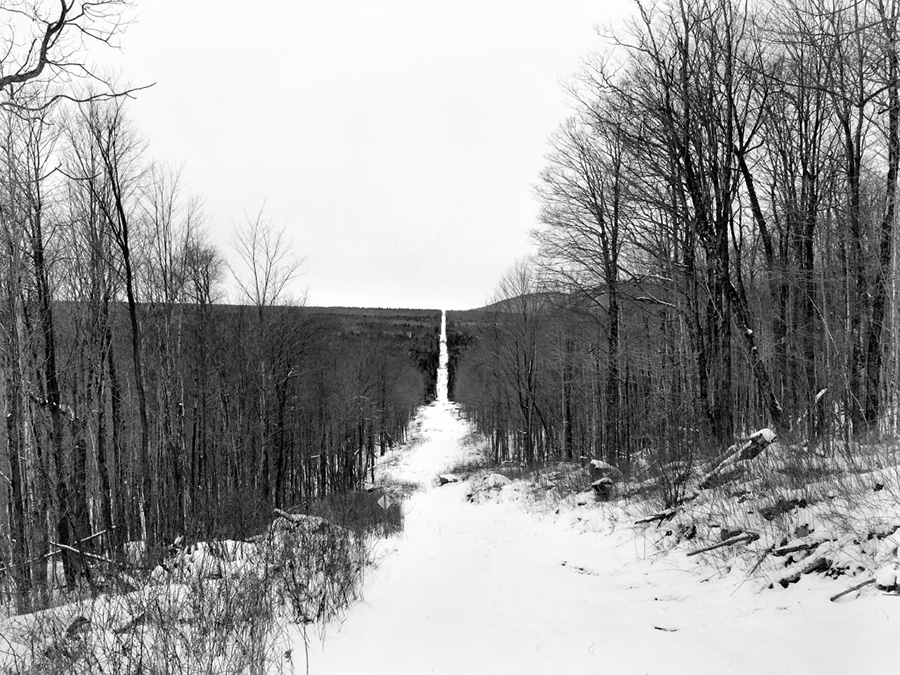 Following these misuses, it was enjoyable to see the felling of trees in Ori Gersht’s “The Forest.” The site of the video witnessed the murder of 2,108 Jews after Ukraine was declared “Jew-free” in 1948. The removal of the trees was oddly satisfying at this point. Throughout many of the included projects, nature feels implicated in historical vindication, yet the takeaway isn’t that trees are culpable in mankind’s wrongdoing. Philippa Lawrence’s images of young oaks wrapped in barcodes used to catalog dowelling in hardware stores, reminds us that trees can be victims too. (Alyssa Moxley)